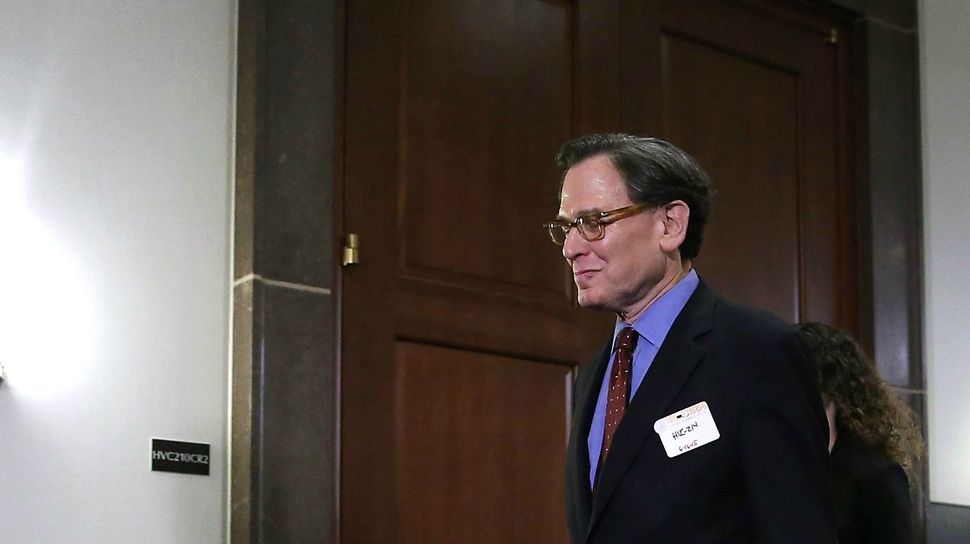 Donald Trump needs your money, and to get it he’s demonizing Hillary Clinton’s confidant Sidney Blumenthal.

In a recent email soliciting donations, the presumptive Republican nominee called on supporters to donate to the campaign so he can “indict Hillary Clinton and find her guilty on all charges.” 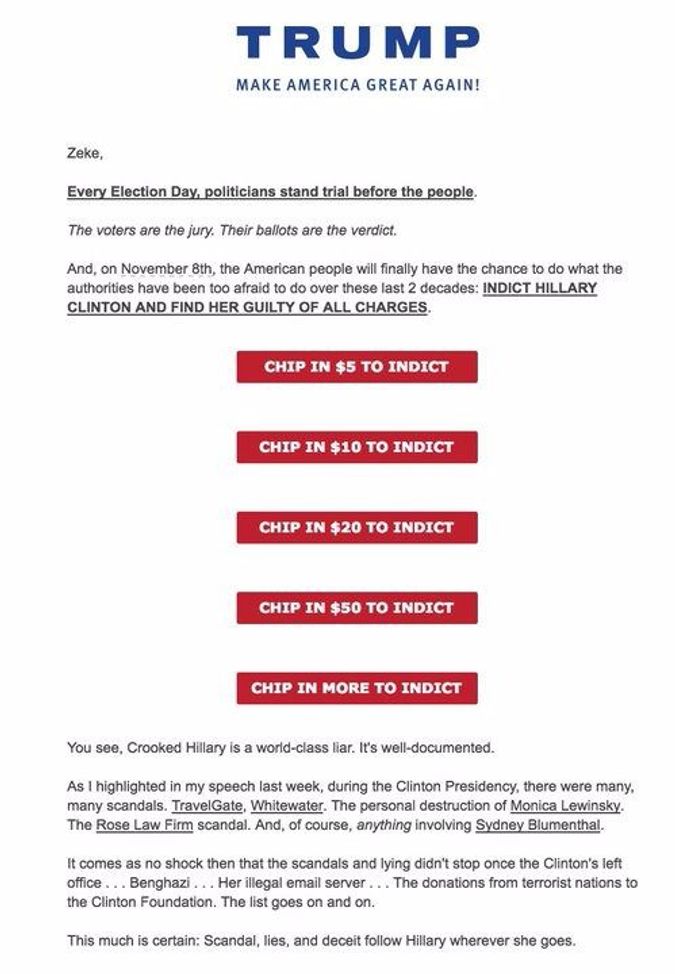 He has the list of all Clinton’s allegedly indictable actions: “There were many, many scandals. TravelGate, Whitewater. The personal destruction of Monica Lewinsky. The Rose Law Firm scandal. And, of course, anything involving Sydney Blumenthal”

For Trump, it would seem, Clinton’s close Jewish adviser and friend Blumenthal, whose first name was misspelled in Trump’s mailer, is the source of all evil.

Trump did not provide his supporters with an explanation on how “anything involving” Blumenthal is worthy of a criminal indictment, though throwing out his name is red meat for many Clinton detractors.

The former White House aide, once described by the Wall Street Journal as filling a variety of roles “from political Svengali to opposition hit man” for Bill and Hillary Clinton, has been an eager defender of the Democratic royal couple as well as a beneficiary of their powerful status.

During Bill Clinton’s presidency, and especially at the time of his impeachment hearings, Blumenthal did the job many in the president’s close circle were reluctant to do: rallying the troops, standing up for Clinton, whispering to journalists, and slinging mud at the rivals.

After leaving the White House, Blumenthal kept in close contact with the Clintons and for a while was on the Clinton Foundation’s payroll.

He re-emerged as a player after the public airing of Hillary Clinton’s emails. Then it turned out that the former adviser still saw a role for himself in providing his two-cents to the secretary of state.

Blumenthal sent hundreds of emails – offering ideas on how to deal with the Middle East and Israel, pushing articles written by his son Max, pitching his business ideas, and, just in general, acting as if he really is a Clinton adviser, which he was not, at the time.

No wonder the Republicans seized on his involvement, making him a main pillar of the Clinton Benghazi hearings.

And while his oversized involvement may bring to question the access an outside adviser with undisclosed personal and business ties has gotten to America’s top diplomat, there is little in the information revealed thus far that would point to any grounds for legal action.

Clinton critics have pointed to the possibility that Blumenthal’s emails relating to Libya had contained classified information. This will be resolved once the FBI completes its investigation into the issue.

Or, when Trump gets elected president and indicts Clinton for “anything involving” Blumenthal.