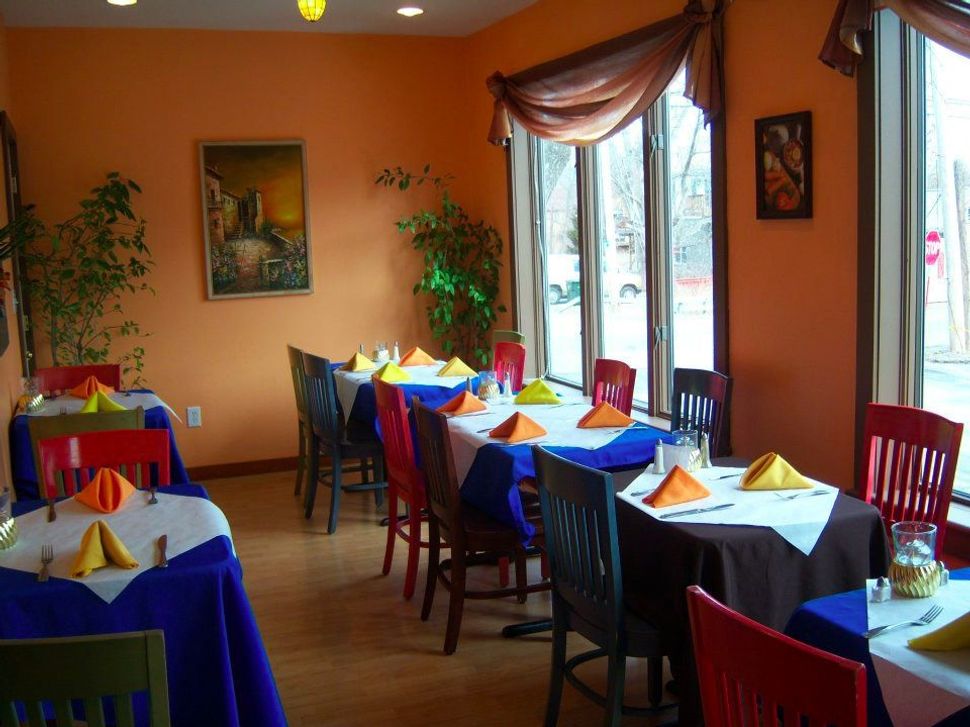 A Jewish man and woman in upstate New York claim they were kicked out of a Mexican restaurant Sunday due to their support for presumptive GOP presidential nominee Donald Trump.

According to The New York Post, Esther Levy, along with retired local judge Alvin Goldstein, showed up at the Cancun Inn restaurant in Orange County wearing the Trump campaign’s “Make America Great Again” hat and a Trump button. Despite claiming to have ordered two sangrias from a waitress without issue, Levy told The Post that the waitress returned saying she had been told to deny Levy and Goldstein service.

As they were leaving the restaurant, Levy claimed a man identifying himself as a co-owner of the restaurant yelled at them for supporting Trump, which Levy said was humiliating.

“He said, ‘We don’t serve Trump supporters here. Get out of here and never come back,’” she said.

Trump’s repeated attacks on what he sees as uncontrolled illegal immigration from Mexico to the U.S. — as well as his campaign promise to build a large border wall paid for by Mexico — have led to low numbers of support for Trump within Hispanic communities. According to a recent poll by Public Policy Polling, presumptive Democratic nominee Hillary Clinton leads Trump among Hispanics 82 to 13.

However, the restaurant posted Monday on its Facebook page claiming the couple were asked to leave because they were intoxicated and were being rude to staff and rowdy. Since the incident, the Cancun Inn Facebook page has been covered with pro-Trump comments on several posts by the restaurant, some of which are more than a year old.

Monday’s post also said that owners Israel and Mario Campos are working to look into the incident further.

Levy, who disagrees with the restaurant’s description of the incident, said she had been a loyal customer at the Cancun Inn restaurant for nearly 25 years and claimed to be friendly with one of the owners.

“I certainly won’t be back there,” Goldstein said. “It was horrific what happened. I’m not used to being thrown out of restaurants.”

Goldstein is not alone. Several commenters joined in attacking the restaurant for allegedly booting Levy for her Trump attire, promising to boycott the restaurant.

Rabbi Bernhard Rosenberg, leader of Congregation Beth-El in New Jersey and a Trump supporter, also told The Post he would be spreading word of the incident to fight what he sees as growing anti-Trump persecution.

“This is going on all over the country,” he said. “People need to know that we are not going to stand for it. Enough is enough. We have a right to support him.”

Last week, a judge refused to throw out Trump’s lawsuit against celebrity chef Jose Andres whose restaurant was planned for the new Trump International Hotel in Washington, D.C. Andres pulled out of the deal following what he called Trump’s “inflammatory rhetoric” on immigration, which led Trump to sue Andres for breach of contract.

Several Republicans, including Speaker of the House Paul Ryan, criticized Trump’s recent attack on federal judge Gonzalo Curiel as racist. Trump said Curiel was too biased to rule on a lawsuit involving Trump University, a now-defunct for-profit university developed by Trump, because he is a “Mexican.” Curiel is an American citizen born in Indiana.