Israel Seeks Diplomatic Coup in Africa — What About Its Jews? 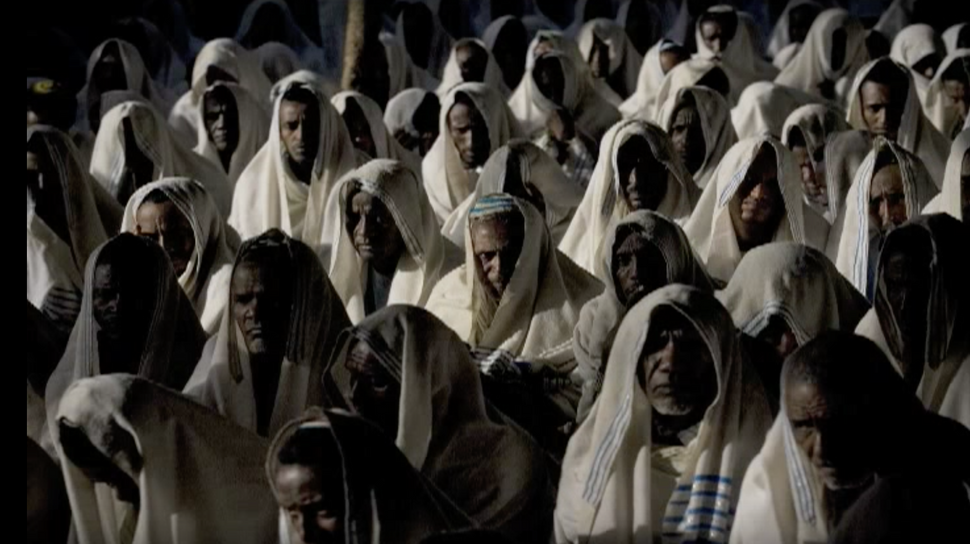 This week Israeli Prime Minister Benjamin Netanyahu is on a four-day tour of East Africa, becoming the first prime minister to visit sub-Saharan Africa in almost 30 years. He visited Uganda, Kenya and Rwanda. He will also visit Ethiopia.

The goals of the trip are ostensibly to bolster diplomatic ties and secure business prospects in a region that has perhaps been overlooked by Israel in recent years.

Netanyahu also wanted to be in Uganda to mark the 40th anniversary of the dramatic Entebbe raid that rescued a planeload of hijacked Israelis. His brother, Yoni, died in the raid. During a welcoming ceremony, Ugandan President Yoweri Museveni raised eyebrows by referring to Israel as “Palestine.”

In Rwanda, he highlighted the history of genocide that Israel shares with the nation where more than 800,000 people were murdered in an ethnic bloodletting two decades ago. Netanyahu also said that increased settlement in parts of the West Bank and Jerusalem were not barriers to peace negotiations.

Amidst all of this, one topic has not been discussed — the thousands of African Jews who already call East Africa home.

Many East Africans already feel deeply connected to Israel and the Jewish world — with or without a prime minster’s visit. In each country, there are small African Jewish or Israelite groups.

The Beta Israel is the region’s best-known Jewish community. It is a distinct religious group — centuries old — with its own customs, liturgy and form of non-rabbinic Judaism. Most of the Beta Israel left Ethiopia for Israel (where assimilation has been fraught with ongoing controversy — mass protests staged by Ethiopian Israelis as recently as last week )). The Ethiopian Jewish population in Israel numbers more than 100,000. Still, there are thousands of other Ethiopians still in East Africa who practice Judaism. 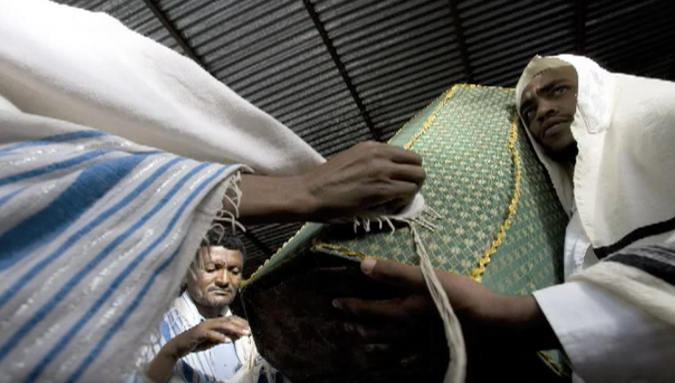 ‘Left Behind’: ‘Falashmura’ pray in Gondar, Ethiopia. Image by YouTube

One group is known as the “Falashmura;” these are people who were forced to convert to Christianity, but still practice a form of Judaism. Their immigration to Israel was approved in November, but the process has not started. The Times of Israel recently dubbed them the “ones left behind.”

The Abayudaya are a small community of more than 2,000 who live in the mountainous area near the Kenyan border. A century ago a tribal leader and anti-colonial military leader came to identify as a Jew, shrugging off what he saw as the colonial imposition of Christianity. He instructed his people to begin practicing Judaism as they understood it from reading the Bible. Decades later, the community connected with the American organization Kulanu and most of them underwent halachic conversions in the 2000s. 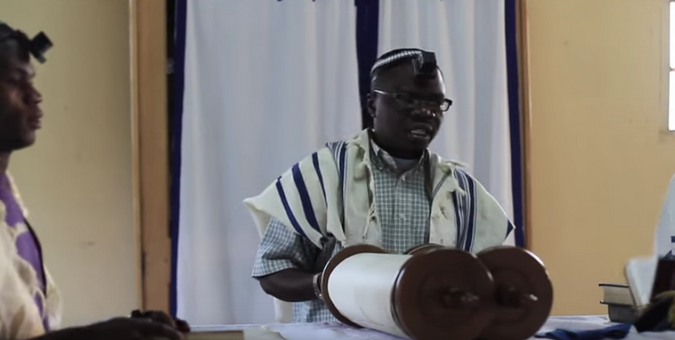 Leader: Gershom Sizomu, leader of the Abayudaya, is now also a member of the Ugandan parliament.

Their current spiritual leader, Rabbi Gershom Sizomu was ordained in a Conservative rabbinical academy in California. He also recently won a parliament seat in Uganda, becoming the first Jewish MP. The Jewish Agency also has recognized this community as part of the worldwide Conservative movement.

The Abayudaya have also become well known for their music (one album was nominated for a Grammy) and distinctive, and popular, handcrafted yarmulkes.

Kenya is home to a much younger Jewish group, known as the Kasuku. There are no more than 100. A few decades ago, a small community here began incrementally moving towards Jewish practice. Some had taken up Messianic Judaism, mixing Jewish and Christian belief and ritual, and began learning more about normative Judaism as practiced elsewhere. They forged ties with the neighboring Abayudaya of Uganda and studied with their Jewish African neighbors, who had already received backing from American Jewish groups.

In 2006, the Abayudayan spiritual leader helped most the Kasuku convert to Judaism. “We started to understand there’s a difference between Messianic Judaism and Judaism,” one community leader told the Times of Israel in 2015, “and some of us chose to turn to Judaism.”

“Rwandans feel a deep camaraderie with Jews. The connection dates back centuries,” a New York Times writer once observed, “and some Rwandans consider the Tutsis one of the lost tribes of Israel.”

The Jewish or Israelite identification among some Rwandans may be more amorphous than neighboring countries. Some of the Tutsi, or Watusi, ethnic group claim ancient connections to the biblical Israelites. This looser and symbolic connection to Israel is one that is, perhaps, centuries old. The Tutsis also faced their own horrific genocide at the hands of the Hutu, the ethnic majority—which has added another layer of significance to the connection some feel to the Jewish people. It is unclear how many Tutsi hold such beliefs and whether those beliefs have shaped into any religious practice. 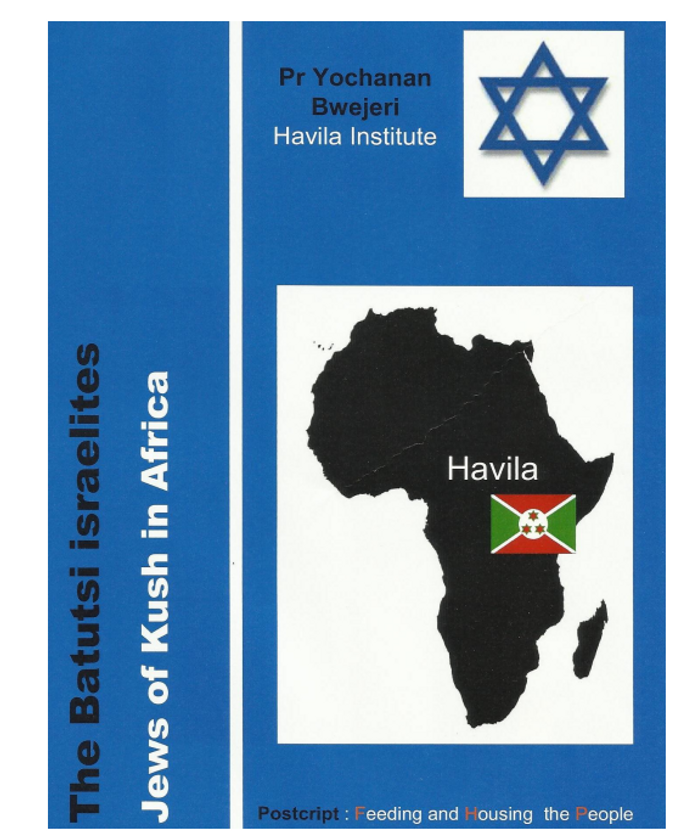 Return: A publication by Yochanan Bwejeri, who advocates for the “return” of the Tutsi people to Judaism. Image by YouTube, youtube/abc

“The Tutsi Jewishness was obstructed by [Christianity],” writes Yochanan Bwejeri, one Tutsi researcher dedicated to bolstering the connection of the Tutsi people to Judaism. “Today, Tutsis in increasing numbers are seeking t’shuvah, return,” Bwejeri wrote in an undated post on the Kulanu website. “Like the Western Jews, they envision ge’ulah, redemption.”

Israel Seeks Diplomatic Coup in Africa — What About Its Jews?