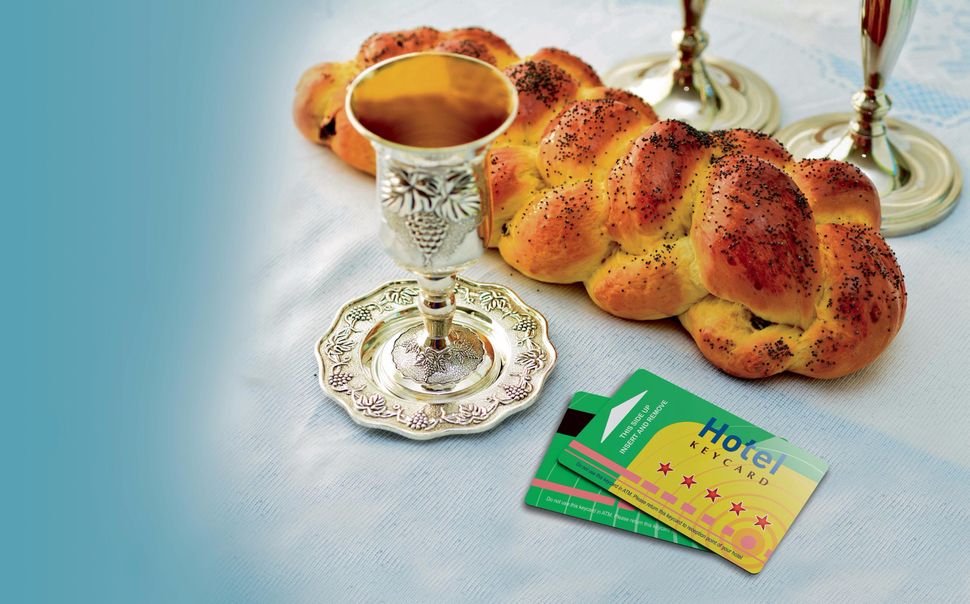 Consider the key card: a piece of plastic no bigger than a business card, flimsy and seemingly innocent. And yet it’s also possibly the trigger to a cascade of changes that could transform the experience of the Sabbath by making a bevy of other devices, from iPads to stoves to cars, permissible on the traditionally low-tech day of rest.

That’s the discussion that has been making the rounds in some Orthodox circles the past few weeks, after a recent rabbinical ruling loosened the prohibition on the use of a magnetic key card in, for example, a hotel on the Sabbath.

“It was a long battle, Shabbat fought back valiantly, but she ultimately lost the fight against technology,” Ysoscher Katz, head of Talmud studies at Yeshivat Chovevei Torah, an Orthodox rabbinical seminary in the Bronx, wrote on his public Facebook page. 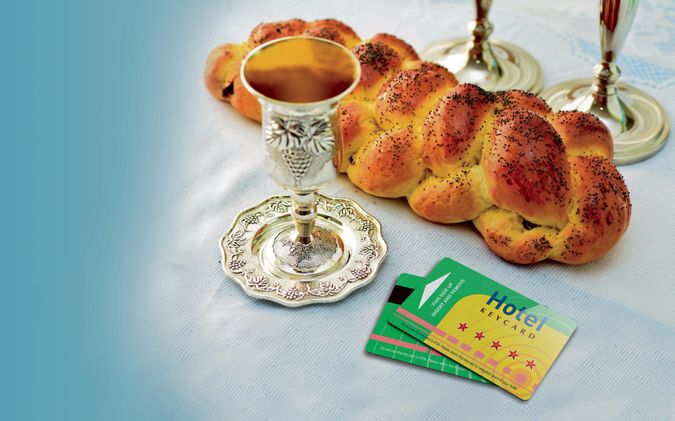 The biblical prohibition against work on the Sabbath is traced to the books of Genesis and Exodus. “Six days shall work be done,” God tells Moses, “but on the seventh day is a Sabbath of solemn rest.”

As the rabbinical tradition developed over the centuries, so, too, did the interpretation of what exactly this “work” means and what is prohibited. In contemporary Orthodox circles, scores of activities — notably the use of any technology at all or the handling of money — are prohibited from sundown Friday to sundown Saturday. In Orthodoxy, there are 39 such types of work, melachot in Hebrew.

The latest ruling, given by an Orthodox rabbi named Eli Reiff earlier in July, and endorsed by Rabbi Nachum Rabinowitz, who helms a yeshiva in Israel, comes as Orthodoxy grapples to preserve religious boundaries in a modern world. Reiff edited a volume of essays by Rabinowitz, who heads a yeshiva in the West Bank and has served in high-profile position such as the dean of Jew’s College, an adult education institution in London.

Some communities have already been grappling with cell phone use creeping into the Sabbath. Younger Jews in particular have taken to texting that day — a trend so widespread that some now talk about keeping “Half-Shabbat.”

Many “young Orthodox Jews who keep half Shabbat don’t see electricity or texting as a form of labor per se,” Aryeh Younger, a Modern Orthodox Jew explained in an opinion piece in the Forward in 2013. “The reason that they use their cell phones or Facebook accounts on Shabbat is because they want to socialize with friends, not to work.”

The use of magnetic keycards is likewise a deep concern to Sabbath observers.

“I am always receiving questions about how to get into one’s hotel room on Shabbat, and I think if Rabbi Rabinowitz has signed off on it, it would be accepted by many many people — the need for such a ruling is huge,” Rabbi Dov Linzer, the dean at Yeshivat Chovevei, wrote in an email to the Forward.

But both Katz and Linzer, prominent figures in Open Orthodoxy, which is considered Orthodoxy’s most liberal fringe, have qualms about the ruling. It would make Sabbath observance easier for some, the rabbis said, but at what cost?

There “is a serious concern of opening the floodgates,” Linzer wrote.

Katz worried about the day when Jews would “read their Shabbos prayers off Kindles, iPads or tablets.”

A religious ruling of this kind, known as a psak, is not religiously binding — and some rabbinical arguments against the use of magnetic keys have already emerged in the past few days — but this ruling could certainly be cited and observed by many.

Electricity seems ubiquitous in our lives, but the new psak was not “striking the balance properly,” Linzer wrote. “I believe that we should never allow the use of an electrical device or triggering of a motion sensor across the board and in all circumstances.”

Over the past week, Katz — who was born into the Satmar Hasidic sect but has become a prominent voice in Modern Orthodoxy — took to Facebook multiple times to speak about the psak.

Scholars “over the years were not afraid to introduce accommodations that made Shabbos bearable for the elderly, the sick, the infirm, or anybody else who was unduly inconvenienced by the prohibitions,” he wrote. “They correctly surmised that Shabbat would survive… a Shabbat elevator, or even a Shabbat microphone.”

But the new psak, Katz wrote, “could potentially undermine the system completely.”

“If digital action is not considered halakhically prohibited activity,” Katz went on, “cooking would be muttar [permitted] since we light our stoves digitally. One would, for the same reason, also be allowed to drive a car on Shabbat.”

To be sure, others downplayed the importance of the psak altogether — saying that it applies to only the more liberal strains of Orthodoxy.

“The left of Orthodox goes for these things,” said Rabbi Pinchos Woolstone, who has a background in the Chabad-Lubavitch Hasidic sect. “The center wavers, the right wing comes out against it.”