Texting and the Power of ‘Half Shabbat’ 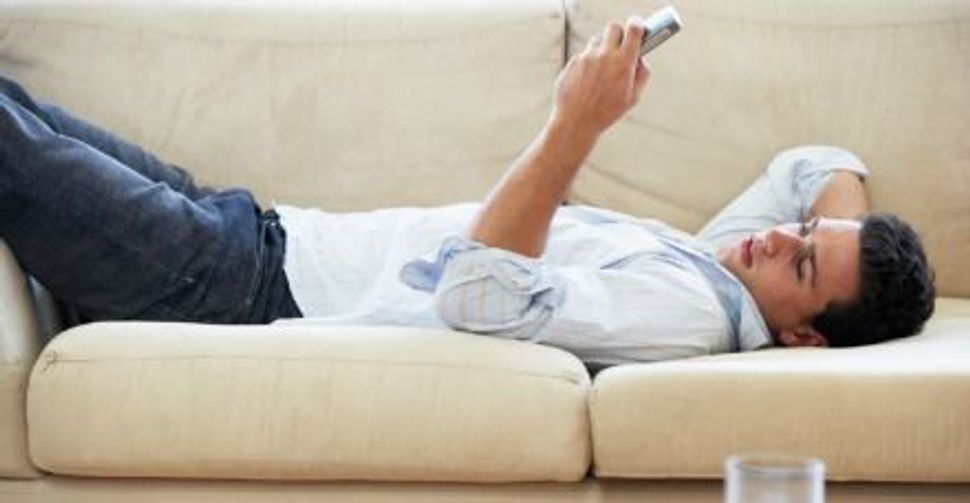 Should observant Jews text on Shabbat — and if not, why not?

I personally do not text on Shabbat because I believe doing so violates the prohibition on working on that day. Gershom Gorenberg eloquently expressed the same viewpoint in the Daily Beast’s Open Zion blog.

I’m not sure how well this message would resonate with the younger people in America’s Modern Orthodox community. Many of those people put themselves in the so-called ‘half Shabbat’ camp, and observe some but not all of the traditional restrictions. Telling them that they are sinners for talking to their friends on Shabbat is likely to simply drive them further away from Orthodoxy and Judaism in general.

Shabbat commands that Orthodox Jews abstain from all forms of Malacha, which is loosely translated as work. But many young Orthodox Jews who keep half Shabbat don’t see electricity or texting as a form of labor per se. The reason that they use their cell phones or Facebook accounts on Shabbat is because they want to socialize with friends, not to work.

When I came to a Modern Orthodox high school in Columbus, Ohio, a school where most of the student body was not traditionally Orthodox, I was first exposed to the phenomenon of keeping half Shabbat. This meant that a person would practice some if not most of the traditional elements of Shabbat — such as prayer, ritual at meals, and the prohibition of driving — but certainly not all. By far, the most conspicuous difference between half Shabbat keepers and my fully Orthodox friends was that the former used cell phones.

The Orthodox prohibition against using cell phones on Shabbat is believed to derive its source from Rabbinic literature, as explained on the Orthodox Union’s website. Growing up in the Modern Orthodox community, I’ve noticed that the vast majority of half Shabbat-keepers I’ve encountered hide their “sinning” from family and adults, often acknowledging their non-traditional behavior with feelings of apathy, and sometimes even guilt. “I can’t risk my parents finding out,” a former roommate of mine once said as he sent off a text and shoved his cell phone into his suit pocket in the middle of Shabbat.

Using a cell phone on Shabbat symbolizes much more than one would think in the younger Modern Orthodox community. Within that community, clandestine Shabbat transgressors are fully aware of the potential social consequences of their actions, which could result in community shunning. Only some Orthodox leaders have even addressed the issue. According to Rabbi Steven Burg of the Orthodox youth organization NCSY, half Shabbat texting is a “big problem” and he even refers to it as an “addiction.”

Unfortunately, most leaders in America’s Orthodox community fail to acknowledge and accept the prevalence of half Shabbat observance, which only encourages younger people to keep their actions secret, further distancing them from mainstream Orthodoxy. The unhealthy anxiety that this approach creates in the the younger community only serves to propel younger people even further away from traditional Judaism, and in a very bad way.

So if the Modern Orthodox leadership in America intends to preserve an Orthodox understanding of Halakha, it’s time for it to create more innovative ways to accept modern realities that resonate with the younger crowd, while simultaneously extolling the virtues of traditional Shabbat observance.

Texting and the Power of ‘Half Shabbat’