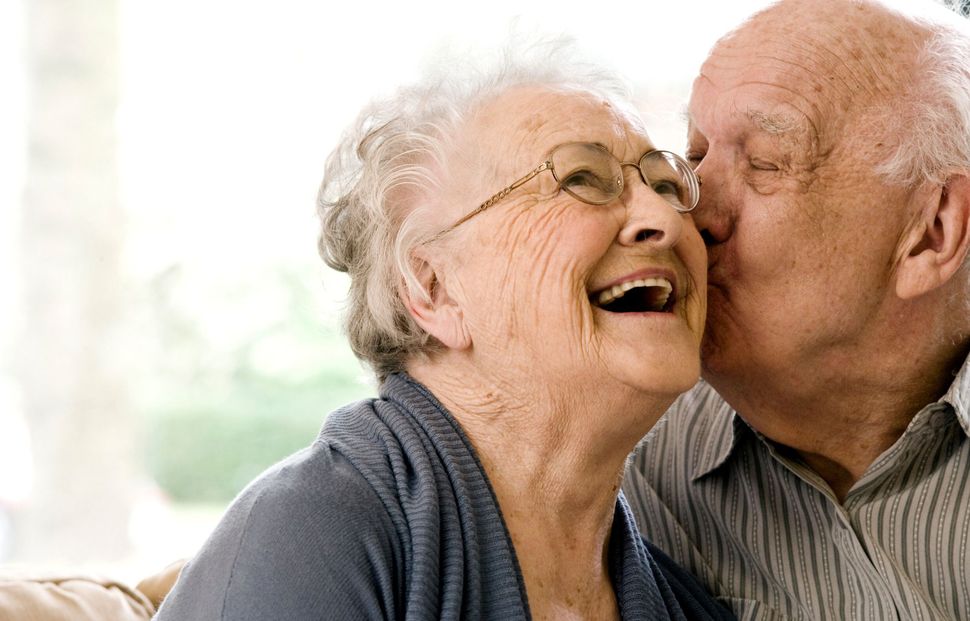 Sex among the elderly is slowly losing some of its stigma as more nursing homes amend their policies to welcome romantic relationships among residents.

The Hebrew Home at Riverdale actively encourages romantic relationships with a dating service called G-Date (short for Grandparent Date) and Senior Prom that aim to get bubbe (or zayde) a hook up.

“Intimacy is not something that goes away,” said Daniel Reingold, president and chief executive of RiverSpring Health, which owns the Hebrew Home. “Love is ageless.”

While Hebrew Home’s policy protects residents who, due to disorders such as Alzheimer’s or dementia, cannot give consent, most romantic relationships have carte blanche — the nursing home’s staff has been trained not to interfere if they find partners going on dates or staying at each other’s rooms at night.

Reingold said paternalistic attitudes from caretakers about what residents should or shouldn’t be doing must not interfere with two adults’ desire to form a consenting relationship. Romance and intimacy, he said, is not something that should be reserved only for the young.

“Fundamentally, it’s ageism,” said Reingold on American culture’s discomfort with seeing elderly people in romantic relationships. “Our society is uncomfortable with getting old.”

The open policy has been put into place in 1995 and has been revised three times since then to incorporate LGBTQ relationships.

Doreen Delgado, MSN, AP, a nurse practitioner and lecturer at California State University, said that denying older people the chance to form relationships can lead to feelings of anger, alienation and even aggression.

“Human touch is essential for human life, no matter how old,” she said.

That said, she does not believe that the problems that nursing homes face when it comes to romance among its residents — whether the lack of privacy in the living quarters or discomfort of staff on the subject — has changed much over the last 30 years.

“I think we have to redefine what sexuality is in the nursing home…” said Delgado. “It’s manifested in different expressions.”

Isabella Geriatric Center in Washington Heights also provides residents who wish to be together romantically the opportunity to do so.

“Isabella currently has several couples that enjoy private time together and the staff affords them reasonable accommodation for quality “alone time” in their respective rooms,” said Betty Lehmann, director of marketing & community relations, in an email.

The New Jewish Home, an eldercare facility that has locations in Manhattan, the Bronx and Westchester County, trains staff to be aware of resident relationships that may come up among residents but not interfere so long as both sides are able to give consent.

“It is not our goal to label it or categorize it,” said Rabbi Jonathan Malamy from the Manhattan campus about relationships that may come up among residents. 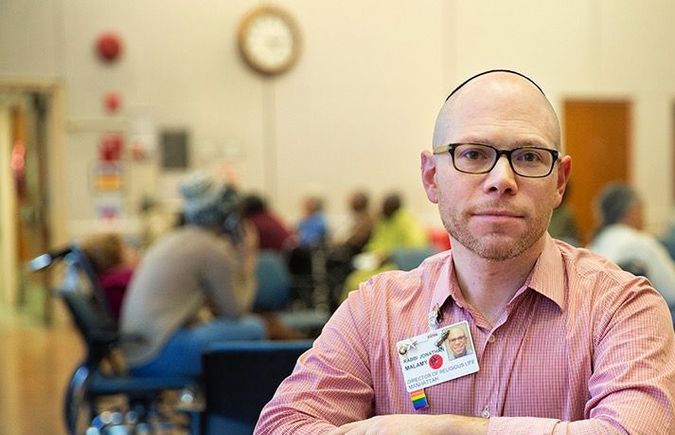 “It’s not novel to know that society in general is in denial about the sexuality of elders,” said Malamy. “We work hard not to reinforce the faulty stereotype and to acknowledge the full humanity which includes the full sexuality of our population.”

At the Hebrew Home, nearly 40 of the home’s 870 residents are in some sort of romantic relationship. Reingold said that openness when it comes to elderly intimacy is key to treating older adults with the respect they deserve.

“When you do get a chance to hold somebody’s hand, it’s a very sweet thing,” he said.