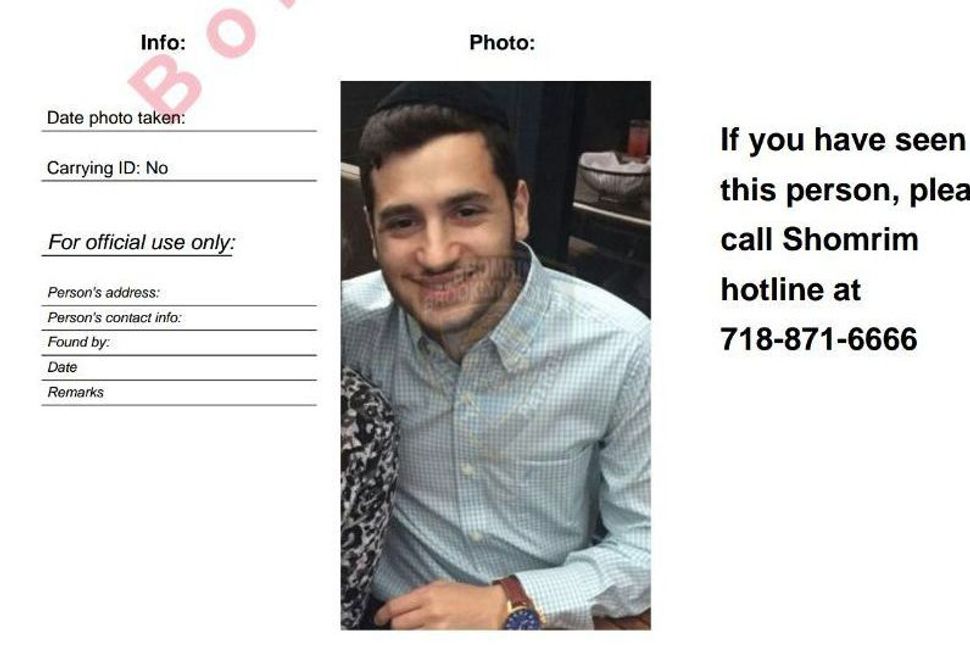 His death marks at least the 26th suicide of a young adult in New York-area Orthodox community over the past ten months, according to Zvi Gluck, founder and director of the Orthodox social service group Amudim.

Members of the Boro Park Shomrim, a private Orthodox security patrol, organized a frantic search for Krausz on Wednesday afternoon after he missed a meeting with his wife, according to reports.

The Daily News reported that Krausz suffered from depression.

“I am completely out of words right now,” wrote activist Boorey Deutsch, a relative of Krausz, in a public Facebook post.

“Once we can, as a community, accept that mental illness, sex abuse and addiction is as big a problem as it is, we can create programming to provide services,” Gluck said. “We have to acknowledge that this is a problem that exists.”

Krausz’s suicide comes just weeks after Rebecca Wassertrum, 28, died after jumping off of the George Washington Bridge. That followed the July 2015 suicide of ex-Orthodox coder Faigy Mayer and the November 2015 suicide of Mayer’s sister, Sarah Mayer.

Gluck said that, until recently, any death of a young person was blamed on an “aneurysm.”

“It’s the shame factor that’s killing the next generation,” Gluck said. “That’s what we’re trying to take away.”