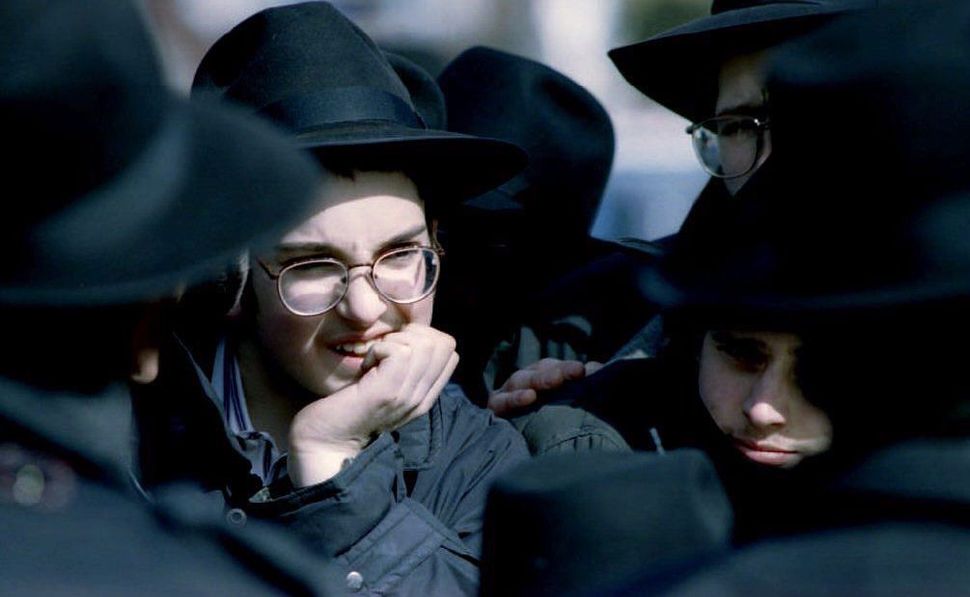 A feud between Hasidic and Modern Orthodox Jews over eruvs, the ritual boundaries that allow more mobility on the Sabbath, has apparently spread from the Brooklyn neighborhood of Crown Heights to nearby Park Slope.

The Greater Crown Heights eruv has been cut down twice in the two last weeks. Now the adjacent Park Slope Eruv has also been felled.

The Park Slope wire was cut on Parkside Avenue, breaking the line from Ocean Ave to Park Circle on the southern edge of Prospect Park.

The Park Slope vandalism came after the barrier had stood undisturbed for years. A local police precinct was notified. A related investigation into the earlier vandalizations is also ongoing.

In a firmly worded public letter, an Orthodox congregation in Park Slope blamed the vandalism on the fight in Crown Heights — and pleaded with Jews to respect their eruv.

“We don’t want the unrest of a neighboring community to spill over into ours,” a public letter written on July 15 by the board of B’nai Jacob, an Orthodox congregation in Park Slope read.

Park Slope, a leafy residential neighborhood of brownstones, is among Brooklyn’s most expensive neighborhoods. Sitting next to the rolling meadows of Prospect Park, the neighborhood is home to well-regarded public schools and dozens of destination restaurants.

B’nai Jacob, founded over a century ago, has weathered decades of shifting demographics and rising housing prices. In recent years, more Modern Orthodox Jews, the most liberal branch of Orthodoxy, have been moving to the Park Slope and nearby Prospect Heights. The Park Slope eruv surrounds both areas. 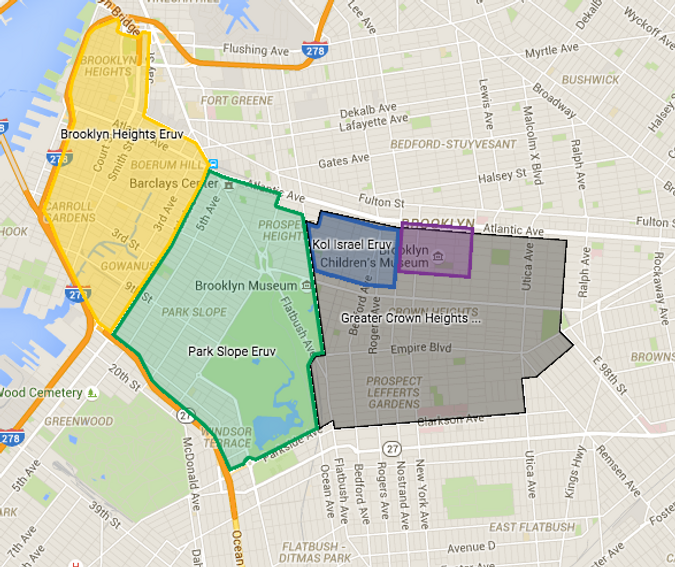 The synagogue touted its close ties to the Chabad Lubavitcher community, which has denounced the Crown Heights eruv as a violation of Jewish law, but also insisted that the dispute has no place in Park Slope.

The Park Slope synagogue “has the utmost respect for the Crown Heights Chabad community. It is not our place to weigh in on internal disputes of another community.”

“Please,” the letter read, “don’t destroy our communal peace in an attempt to control yours.”

Crown Heights is home to thousands of Hasidic Jews and the global headquarters of the Chabad-Lubavitch movement. Hasidic pilgrims flock here to visit the one-time home of their late leader Rabbi Menachem Mendel Schneerson.

Schneerson, who died in the 1994 and is revered by some as the Messiah, is said to have objected to building an eruv in Crown Heights. As he anointed no successor, his edicts are rarely questioned. For decades, Crown Heights has gone without the enclosure, which would allow for certain activities on the Sabbath, like carrying bags or pushing strollers.

There is no evidence to link any Lubavitchers to the recent vandalization, though prominent Lubavitcher rabbis, including members of the Crown Heights beit din, condemned the new eruv. Posters decrying the eruv have also been plastered on traffic poles in the neighborhood.

The Modern Orthodox, for whom Schneerson’s edict does not apply, consider the eruv religiously valid.

“This eruv is kosher to my community’s standards,” said Naftali Hanau, an eruv organizer who sits on the board of Congregation Kol Israel, the main Modern Orthodox synagogue in the area.

“It is not possible to make an Eruv in Crown Heights according to halacha. Period,” said Rabbi Yosef Heller, a leading local figure, to the local news site Collive. Using the eruv is “the same thing as Reform,” Heller said in a transcribed speech, “who knows where it will end up.”