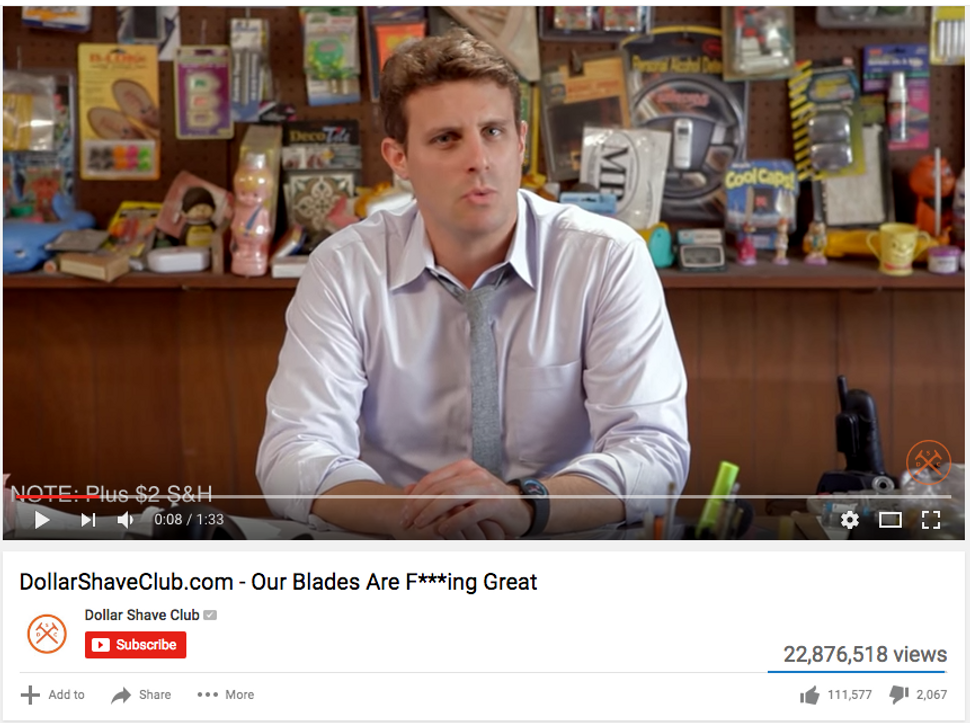 Dollar Shave Club, a 5-year-old company founded by two Jewish friends who were grousing over the high price of razors at a party, has been bought by Unilever for $1 billion, pending regulatory approval.

The Venice, California-based firm delivers razors and facial cleansing and styling products to consumers by mail.

It was started in 2011 by Mark Levine and Michael Dubin, who met at a party and shared a frustration with the high costs of retail razors. They are famous for their kitschy ads with straightforward messages, such as their 2012 viral Youtube video, “Our Blades Are F***ing Great,” which has been viewed over 22 million times on Youtube.

In the announcement of the deal last night, Unilever noted that Dollar Shave Club had grossed over $152 million in sales last year, and was valued at $615 million last June.

Niche startups built on a direct-to-consumer model, such as Dollar Shave Club threaten the market share of traditional consumer packaged goods (CPG) giants, such as Procter and Gamble (who owns Gillette) and Unilever (who until now owned no razor brands). Consumers are willing to spend more for these distinctive products, online distribution is only getting easier and cheaper, and barriers to market entry are crumbling, making it much easier for a small company to gain large traction in a short amount of time. In the words of one executive of a major CPG company, the big traditional players are “kind of f***ed.”