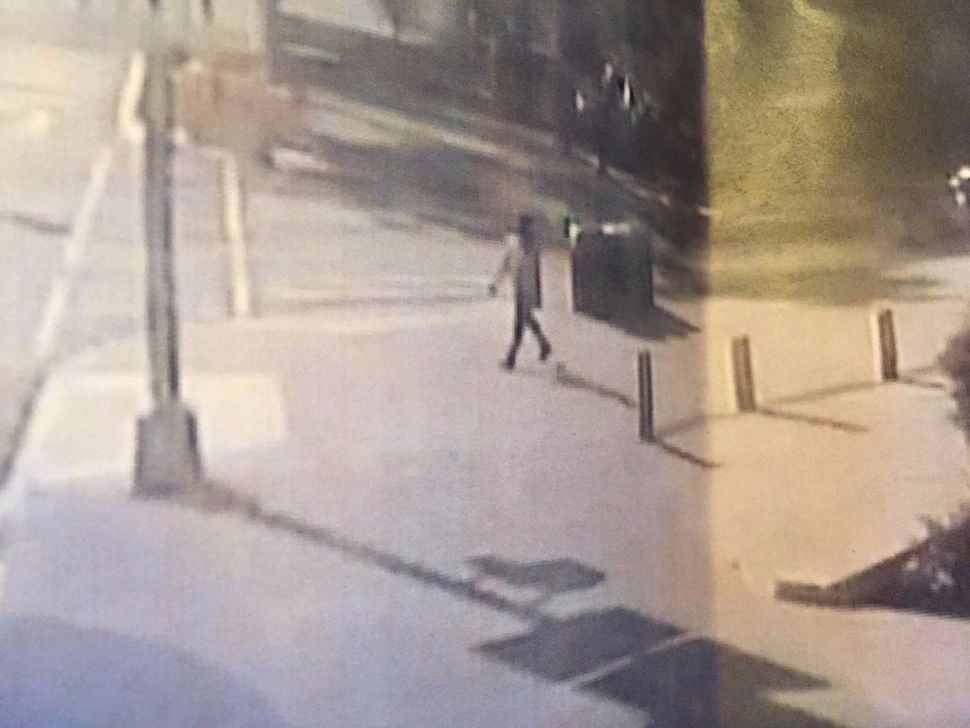 Surveillance video captured footage that apparently depicts a vandal pulling down a controversial Brooklyn eruv, the Forward has learned.

Printed stills from the video are circulating in Crown Heights as police seek those responsible for the repeated vandalization of a controversial ritual boundary used by Orthodox Jews on the Sabbath.

The new revelation came as the NYPD said it launched a hate crimes investigation into the damage spree that has rocked the Brooklyn neighborhood amid a feud between Hasidic and Modern Orthodox Jews. 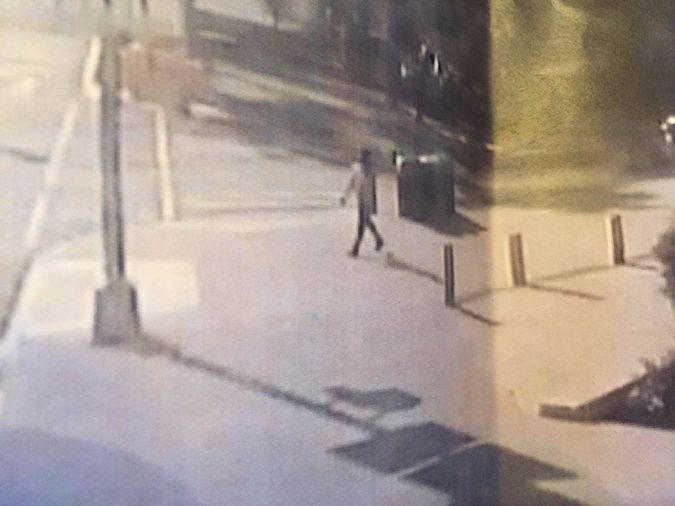 The surveillance footage was taken at 8 am on Sunday, July 10 outside the Brooklyn Museum at the intersection of Eastern Parkway and Washington Avenue.

The video shows a man approaching the eruv and tampering with the tzuras hapesach, a section of an eruv that resembles the upper part of a doorway, an individual with information about the ongoing investigation told the Forward. In this section of the enclosure, the eruv is very close to the ground and can be reached by hand.

The video quality is poor and few identifying characteristics can be made out. It is impossible to determine if the person depicted in the tape is wearing traditional Hasidic garb.

The police are also pursuing a separate lead about vandalism of the eruv on Pacific Street, a few blocks away.

A witness on Pacific Street, a few blocks to the north, told the police that they saw two men use a ladder and climb up to the eruv, according to another inside source. An employee at a mechanic shop on Pacific street said that someone outside the shop had spoken with police about the matter but declined to comment further.

“I don’t want to get involved in this,” an employee at Steve’s Auto Repair said over the telephone, and hung up.

DNAInfo reported that hate crime investigators took over the case this week from detectives at the 77th Precinct. Community sources confirmed the shift to the Forward.

The Greater Crown Heights Eruv was inaugurated last month and has pitted a recent influx of Modern Orthodox Jews against the Hasidic Lubavitcher community.

The eruv is backed mostly by Modern Orthodox Jews, most of whom have moved to the area in recent years. The Hasidic Lubavitcher community, which has gone for decades without an eruv, has largely opposed the new eruv, arguing that their late leader, Rabbi Menachem Mendel Schneerson, opposed the construction of an eruv.

Some younger Lubavitchers have also voiced their support for the new eruv, further fracturing the Orthodox communities.

Amid the dispute, an eruv serving the nearby Park Slope neighborhood was also damaged.