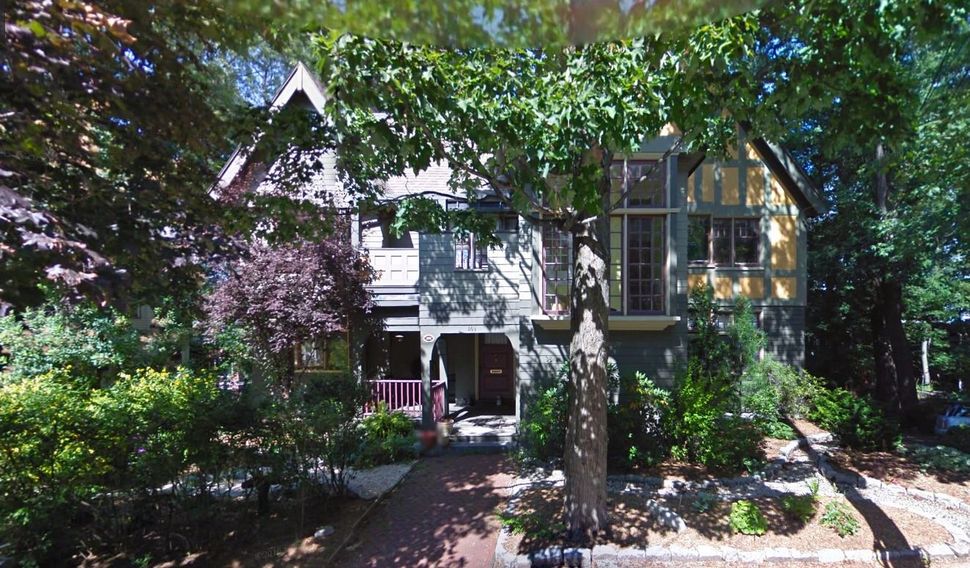 No residents were hurt in the three-alarm blaze, according to Helen Bennett, a member of the local group’s board. But local television station 7 News Boston reported that a firefighter suffered a minor back injury.

Video of the fire posted on Twitter shows flames bursting from an upper floor window.

Bennett, who spoke to the Forward from the home, on Winthrop Road in Brookline, Mass., said that the condition of the building was “not great.”

Moishe Kavod House is a local Boston affiliate of the Jewish nonprofit Moishe House, which funds 86 similar residences around the world. The group subsidizes expenses for a small number of young adults who live at each house and create Jewish programming for their peers.

Moishe House CEO David Cygielman said that his organization was ready to assist the displaced residents. “We’re going to follow their lead,” he said.

Cygielman said that there was no program going on at the house at the time of the fire. “Right now we’re in touch with the residents to support them and try to figure out what happened and what those next steps [are],” he said.

The Boston-based Moishe Kavod House has a particular focus on activism. Recent posts on the group’s Twitter page show marchers under signs reading “Jews Against Trump.” According to the group’s website, the house currently houses four “resident organizers.”

Within minutes of the group posting news of the fire on its Facebook page, representatives from a local synagogue, Temple Beth Zion, and a local Unitarian Universalist church had posted to offer assistance.

“Let Boston Workmen’s Circle Center for Jewish Culture and Social Justice know if theres anything we can do,” wrote another commenter.

The cause of the fire is under investigation, according to local television station NECN.