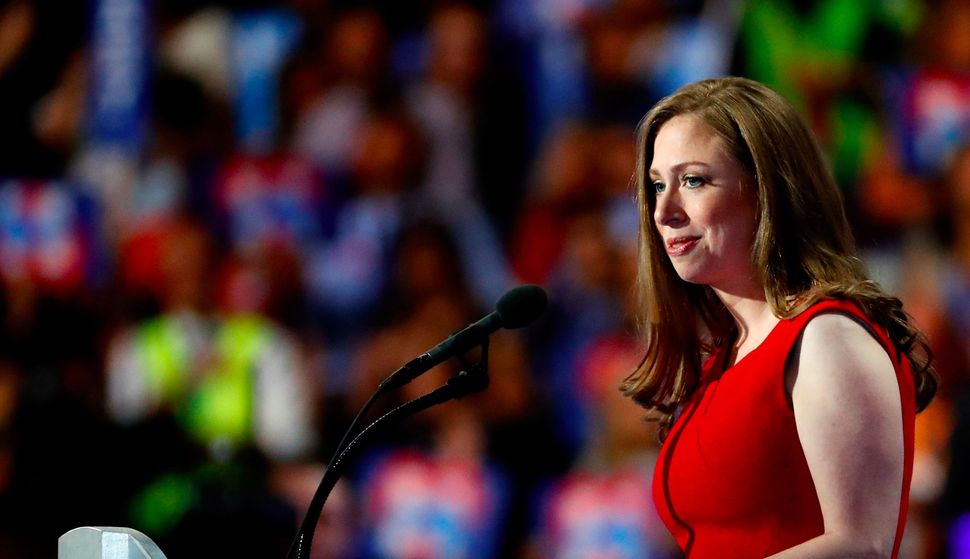 Chelsea Clinton took the stage of the Democratic National Convention on Thursday to portray her mother Hillary Clinton as a loving, smart and playful woman qualified to be elected president of the United States.

In a 12-minute introduction received warmly in a packed Philadelphia arena, Chelsea Clinton countered criticism that her mother is an untrustworthy politician who struggles to show compassion in front of American voters.

“She’s a woman driven by compassion, by faith, by a fierce sense of justice and a heart full of love,” the only child of presidential hopeful Hillary Clinton and former U.S. President Bill Clinton told the crowd.

Hillary Clinton took the stage minutes later to become the first woman to accept the presidential nomination of a major U.S. party.

Chelsea Clinton, a 36-year-old mother of two, was the last in a series of speakers at the four-day gathering who sought to cast Hillary Clinton in a familial light ahead of the Nov. 8 election against Republican Donald Trump.

She called her mother a “wonderful, thoughtful, hilarious” person who made time during her childhood to attend dance and piano recitals, and to gaze at the sky with her to find “shapes in the clouds.”

“That feeling of being valued and loved, that’s what my mom wants for every child. It is the calling of her life,” Chelsea Clinton said.

President Barack Obama, first lady Michelle Obama and Vice President Joe Biden had also given speeches supporting Clinton, casting her as qualified for the Oval Office because of her experience as a former secretary of state, U.S. senator and first lady, but also because of her loyalty and passion.

Chelsea Clinton, who has been in the public eye since her childhood in the White House, took a low profile after her father left office in 2001. She married investment banker Marc Mezvinsky and served as vice chair of the Clinton Foundation charity.

After her mother’s presidential bid she re-entered public life to hit the campaign trail, endearing herself to supporters with stories of Clinton as a mother and grandmother to her children, Charlotte, aged 2 come September, and Aidan, born in June.

Trump has also relied on his children to soften his image.

His eldest daughter Ivanka spoke at the Republican National Convention in Cleveland last week, depicting the New York businessman as “color-blind and gender-neutral” to counter critics who have called his comments about immigrants and women bigoted and callous.

Both candidates’ children say they are friends, a relationship they struck up before their parents launched campaigns for the White House.—Reuters