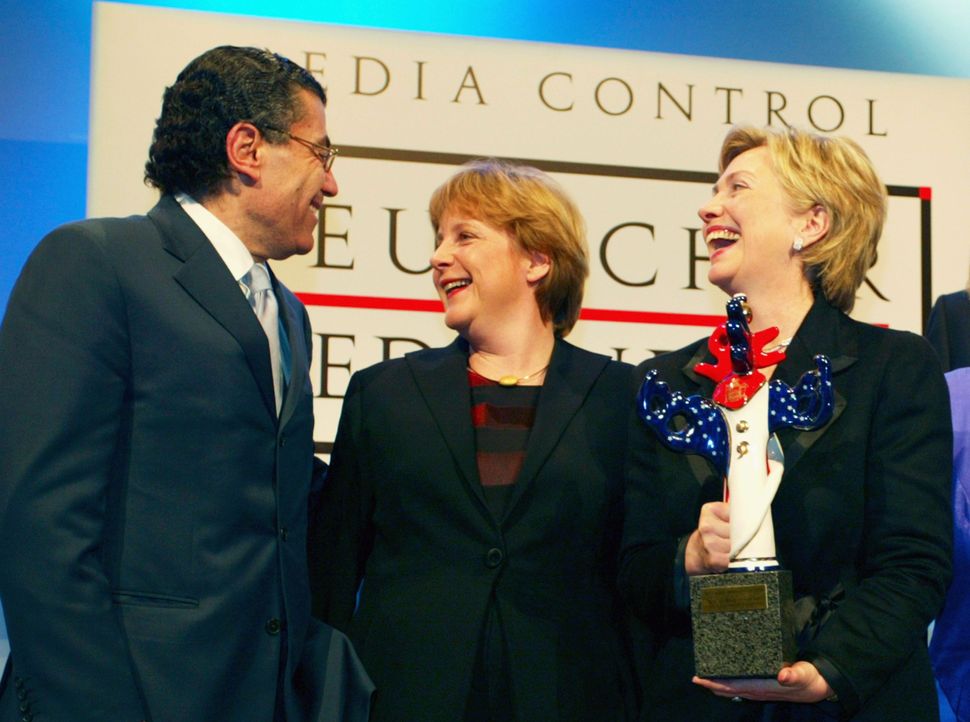 Democratic mega-donor Haim Saban has an open line to Hillary Clinton and he’s not afraid to use it.

“I told her: ‘don’t shout. Why are you shouting all the time? It’s drilling a hole in my head. You can say the same thing without shouting, let Trump, that conman, to shout. You don’t need to shout,’” Saban said in an interview with Israel’s Channel 10 TV. He said that he feels free to call the candidate up whenever he feels there is something he needs to tell her.

In the interview, which was taped at Saban’s suite in the Wells Fargo arena in Philadelphia hours before Clinton’s acceptance speech, the Los Angeles-based billionaire said the reason Hillary Clinton is seen as cold and distant by voters is that “she is married to the person with the most charisma in the world.” He added that in the case of former president Bill Clinton “even those who don’t agree with him, even they love. So her problem is that people compare her to him, and that’s not fair.”

Saban would not put a dollar amount on his contributions to the Clinton campaign, but said it was an “eight figure” number.

Addressing the unavoidable comparison to another Jewish billionaire pro-Israel political donor, Sheldon Adelson, who pledged to put his money behind Donald Trump, Saban said: “Sheldon loves the Jewish people and loves Israel. We don’t agree on the way, but the bottom line is the same.”

However, Saban thinks that Trump will be “a disaster” to Israel. During the interview he turned dramatically to the camera and added: “To the Israeli public – I want to tell you: don’t believe a word this man says. He’s a conman, a liar, a thief and a cynic. Everything Trump does is only for Donald Trump.”