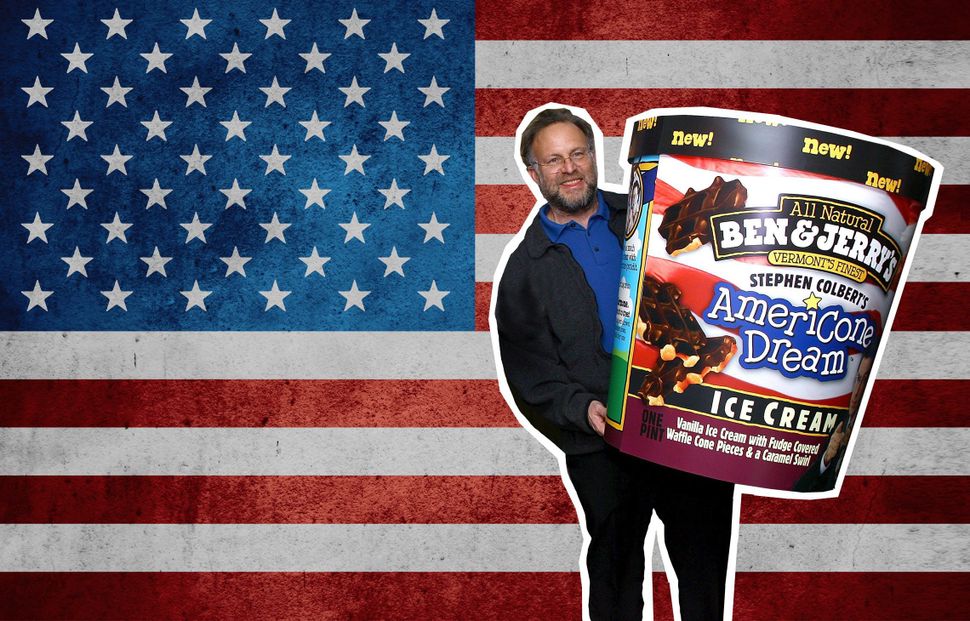 Unlike the Bernie Sanders supporters who insist everyone should vote for him come November even though he’s not the Democratic nominee for president, Ben and Jerry’s co-founder Ben Cohen is thinking strategically. He despises Hillary Clinton, but he believes Donald Trump to be a “huge evil” and a unique threat to American democracy, and says some people should choose Clinton: swing state voters.

Of course, that won’t stop Cohen from voting from his heart, in a state, Vermont, that will almost certainly vote Democrat, anyway.

“I’m going to vote for Bernie,” he told the Forward on July 29, “and I’m going to recommend that people vote for a candidate whose values they really believe in.” But people who live in states like Ohio, Florida or Pennsylvania, which the Trump campaign thinks it could win, should vote for the party’s official nominee, he conceded.

Still, Cohen has “a tremendous amount of sympathy” for those who refuse to vote for Clinton.

“I do believe that if you elect Hillary what you’re saying is ‘I’m going to continue the status quo,’ which is designed to benefit corporations, donors, and the wealthy at the expense of everyone else,” he added.

But although Cohen believes that “Hillary and the way she does politics is a big part of the problem,” he also believes this election is unique in many ways. “I happen to believe that Trump is such a huge evil that even the status quo is a whole lot better,” he told the Forward. “As Bernie said, the worst thing for the country would be having Trump elected.”

Longstanding liberals, Cohen and his former business partner Jerry Greenfield have been particularly politically active this election cycle. In March, Cohen could be found whipping up 40 pints of “Bernie’s Yearning” ice cream in his home kitchen, a refreshing minty concoction topped with a chocolate cookie representing the money that’s gone to the top 1% of the population. Cohen and Greenfeld later distributed it at a Sanders rally in New York City.

In April, Cohen and Greenfield were arrested for protesting on the steps of the United States Capitol. The event, organized by Democracy Awakening, called to end the influence of big money in politics, protect voting rights, and demanded a vote on Obama’s Supreme Court nominee Merrick Garland. 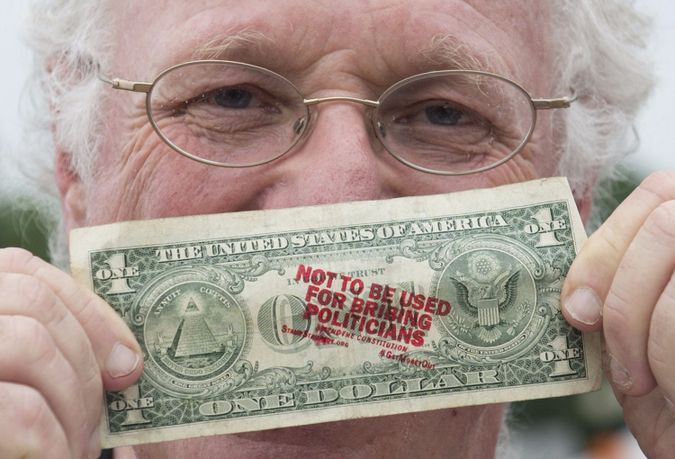 Ben Cohen, co-founder of Ben & Jerry’s Ice Cream, holds up a one-dollar bill he stamped with the words ‘Not to be used for bribing politicians’ as he advocates to get money out of politics, outside Union Station in Washington on June 18, 2013. Image by Getty Images

“I started taking public stands [on political issues] when I realized that I had a platform and that some people would listen to what I had to say,” Cohen told the Forward.