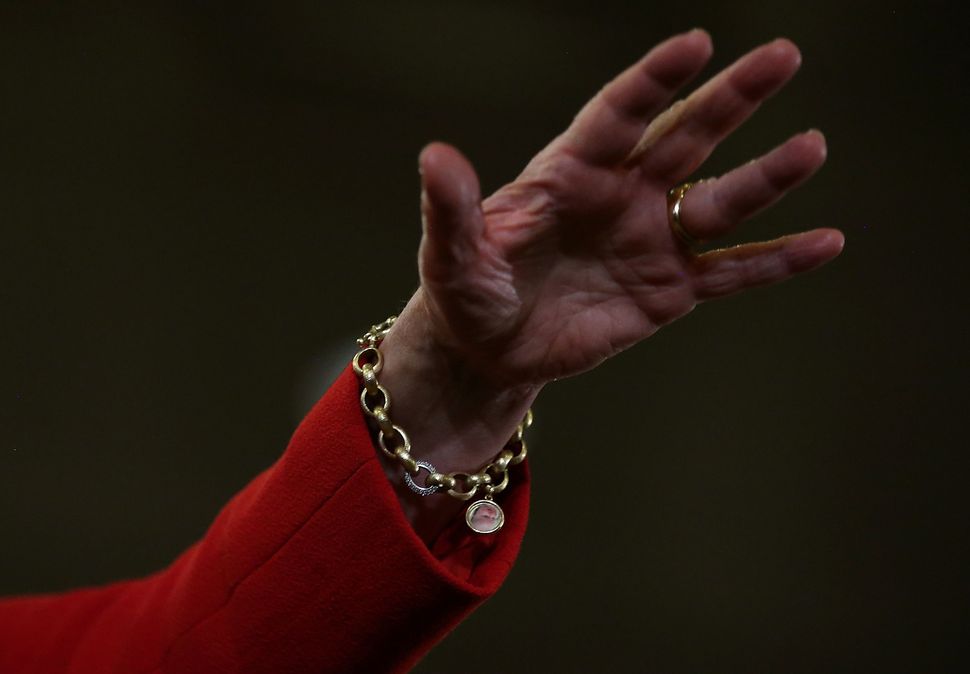 Hillary Clinton wears a charm bracelet with an image of her granddaughter Charlotte Clinton Mezvinsky. Image by Getty Images

You may have spotted a gold charm bracelet on Hillary Clinton’s arm recently. According to a February interview with Clinton and her daughter Chelsea in People Magazine, the bracelet, which features a photo of Hillary’s Jewish granddaughter Charlotte Mezvinsky, was designed by Monica Rich Kosann.

But according to an August 1 Hebrew-language article in Ynet, the Israeli designer Varda Singer, who is originally from Netanya and now lives in New York, claims to have designed the bracelet.

“The [bracelet] she is wearing now in all of her appearances is the one that I designed; I have no idea where People Magazine got the other designer’s name,“ Singer told the Forward by phone. “It is a gold bracelet and it has one charm — we designed the whole thing two years ago for Christmas.”

“Since I’m Israeli, I’m working with some very fine Israeli designers in Israel. A lot of the pieces we design for the Clintons are made by Israelis,” she added. 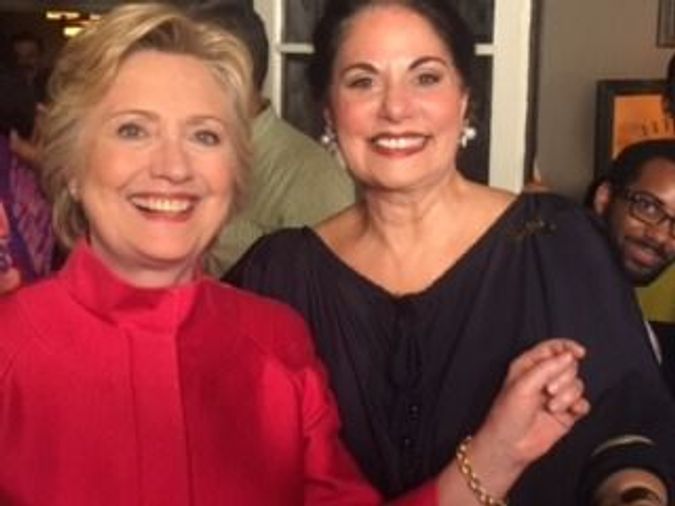 “We saw much more of Bill than Hillary — he would stop here on a regular basis because she was busy and he was unemployed,” Singer said with a chuckle.

“Bill and I spoke a lot about Israel. He went to great lengths to tell me how Mr. Rabin was his mentor and how he came from Arkansas and really didn’t know much about foreign policy,“ Singer said. “He said that Mr. Rabin made him move forward at a very fast pace; when he talked about Rabin, he started to cry.”

But Singer and Clinton didn’t just talk policy; they also talked shop. “On Christmas Eve he would buy all his Christmas gifts in town. Bill came into the store when Charlotte was only one year old, and he was beaming and talking only about Charlotte the whole time. Of course I am a grandmother so I can relate.” Singer said that while Bill was picking up another gift for Hillary, he noticed a gold link bracelet. “I suggested that we design one with Charlotte’s photo, and he said, ‘that’s a great idea.’ He right away went to his cellphone so that we could print the photo of Charlotte, and we made a custom made charm.”

Singer added that Bill Clinton was very involved in the design of many custom jewelry gifts she has made for Chelsea and Hillary Clinton over the years, including one Israeli-designed cuff bracelet for Chelsea.

Three years ago, Singer’s company “designed a 22 carat tanzanite ring for Bill, and he was very involved in the design,” said Singer. “It’s made using a very special technique from the 4th century BCE used by a few people who know the technique. I said to Bill, ‘with this ring, she will lead the nation,’ and Bill said, ‘I hope so.’”

According to Singer, this may not be the last we see of her designs on Hillary’s wrist:

Last Tuesday I was with Hillary in Chappaqua, in a restaurant with a few friends of hers and some people from her campaign. We were waiting there for like half an hour and she turned to me and said ‘Varda, I need another charm from you because I have Aiden.’

At the time of writing, People Magazine was not immediately available for comment.