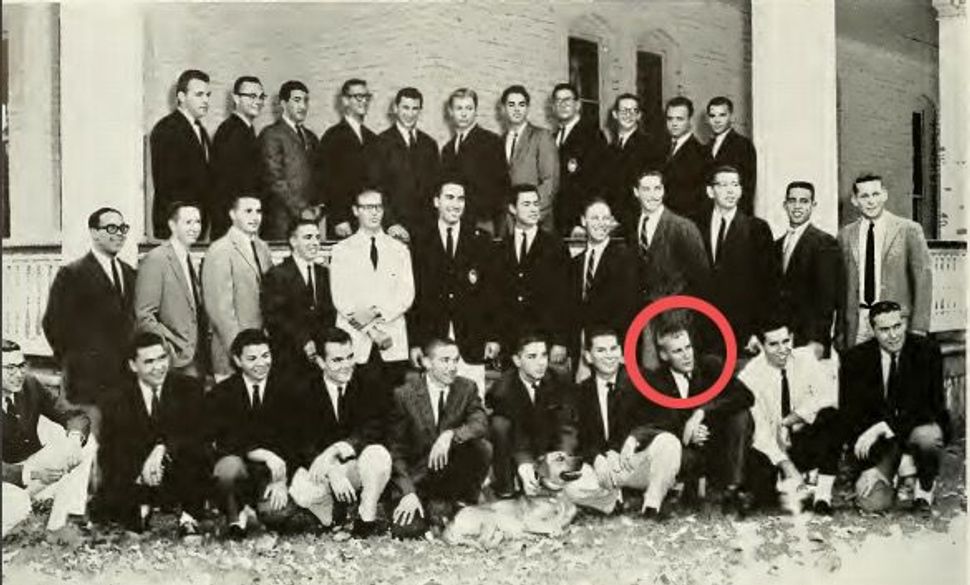 Image by The Epitome Yearbook

With the release of a new book by a Pulitzer prize-winning journalist examining the origins and evolution of Donald Trump’s Republican presidential candidacy, it is worth looking back at his influential older brother Fred Trump, Jr.

Oh, and the time he joined a Jewish fraternity.

Arriving at Lehigh University in Pennsylvania from a casually Presbyterian family and with time at an Episcopalian boys’ prep school under his belt, Trump Jr. decided to join Sigma Alpha Mu, a historically Jewish fraternity, according to David Cay Johnston’s “The Making of Donald Trump.” 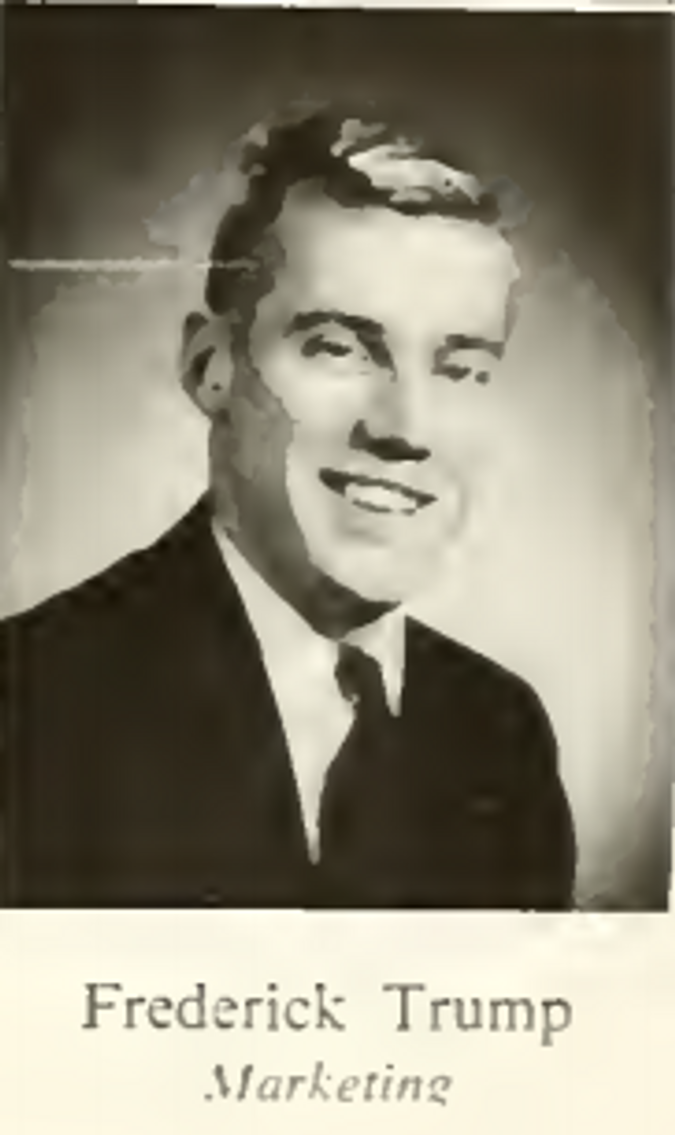 Trump Sr. and Trump Jr., who share the middle name Christ, are not Jewish. But Trump Jr.’s middle name did lead to many jokes among his Jewish fraternity brothers, which Trump Jr. apparently found hilarious.

His middle name was about all Trump Jr. shared with his father. Johnston writes in “The Making of Donald Trump” that Trump Jr. and his father did not see the landlord business the same way, and that Trump Sr. heavily criticized his son during his involvement in the family’s first Trump-branded project, Trump Village in Coney Island, New York.

Donald Trump later recounted how his father rarely offered praise, and instead freely criticized his children. Though Trump said his father’s way worked for him, it was much harder on his older brother.

“I watched him. And I learned from him,” Trump told The New York Times.

One of Trump Jr.’s fraternity brothers, Stuart Oltchick, also said Freddy had “complained that he didn’t get his [father’s] appreciation.”

Trump Jr.’s decision to join a Jewish fraternity might have come from his desire to be his own person, his best friend and fraternity brother, Bruce Turry, said.

“It may have been Freddy’s first attempt to make his own statement to his father,” Turry told The New York Times. “Freddy was a classic illustration of someone who had a father complex.”

The “Sammies,” as they are known, were described in the 1960 Lehigh yearbook as having “a flair for embroidering the offbeat with the bizarre,” often looking to stand out.

“In all phases of activities and enterprises, Sammie has shown reluctance to accept the general and the ordinary and has thus fashioned its own image among fraternities,” the yearbook said. 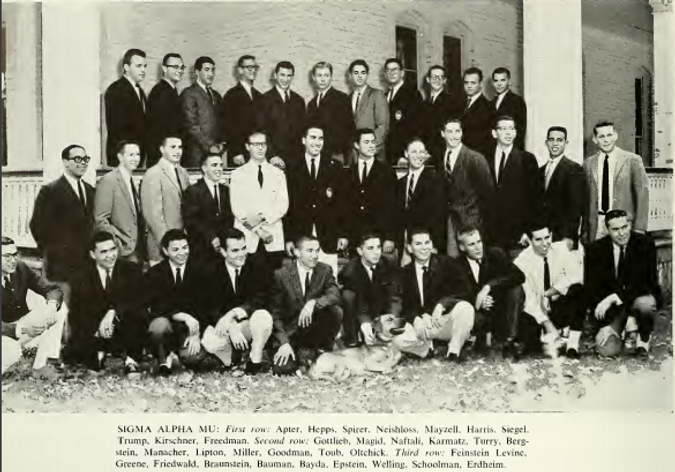 At the time Trump Jr. attended, Lehigh had roughly three fraternities that were almost exclusively Jewish, including Sigma Alpha Mu — though all had closed as of 2008.

Lehigh’s Sigma Alpha Mu chapter was thrown off campus in 2008 for violations of underage drinking, but it, alongside Jewish fraternities Zeta Beta Tau and Alpha Epsilon Pi, vied to be officially recognized by the school in 2014. AEPi has been active on Lehigh’s campus for decades, but without formal recognition from the university.

Donald, who reportedly kept a photograph of Trump Jr. standing next to an airplane while living at military school, looked up to his older brother. In many ways, they had a typical brotherly relationship.

When his little brother Donald was a student at New York Military Academy, Trump Jr. sometimes took him along for summer fishing expeditions off Long Island with members of his fraternity.

“I hope you don’t mind, I have to take my pain-in-the-ass brother Donald along,” Oltchick recalled Trump Jr. said.

As Trump Jr. left the family business in pursuit of a career in flying planes, the path opened up for Donald Trump to take over from his father.

However, Donald Trump also worried about his older brother. After graduating from Lehigh in 1960 and finding himself unable to work with his father, Trump Jr. flew planes for Trans World Airlines until his problems with alcoholism forced him to quit his job and left his marriage in ruins.

Donald, who was in college when he first noticed his brother’s drinking problem, told The New York Times that he was too young to realize what was happening to him.

Trump Jr. died from alcoholism at the age of 43, and his story is often cited as the reason why Donald Trump does not drink.

When Trump’s father died in 1999, the will, which Donald had helped draft, disowned the deceased Trump Jr. and his children. Trump Jr.’s children sued, claiming Trump was to blame. According to The New York Times, just a week later, Trump withdrew the medical benefits he had been providing for his brother’s son, Fred Trump III, who has cerebral palsy.

“I was angry because they sued,” he said.

Though Trump saw his older brother as his opposite, never quite serious enough about the business he valued, Trump may still find lessons in his brother’s life.

“He would have been an amazing peacemaker if he didn’t have the problem, because everybody loved him,” he said.