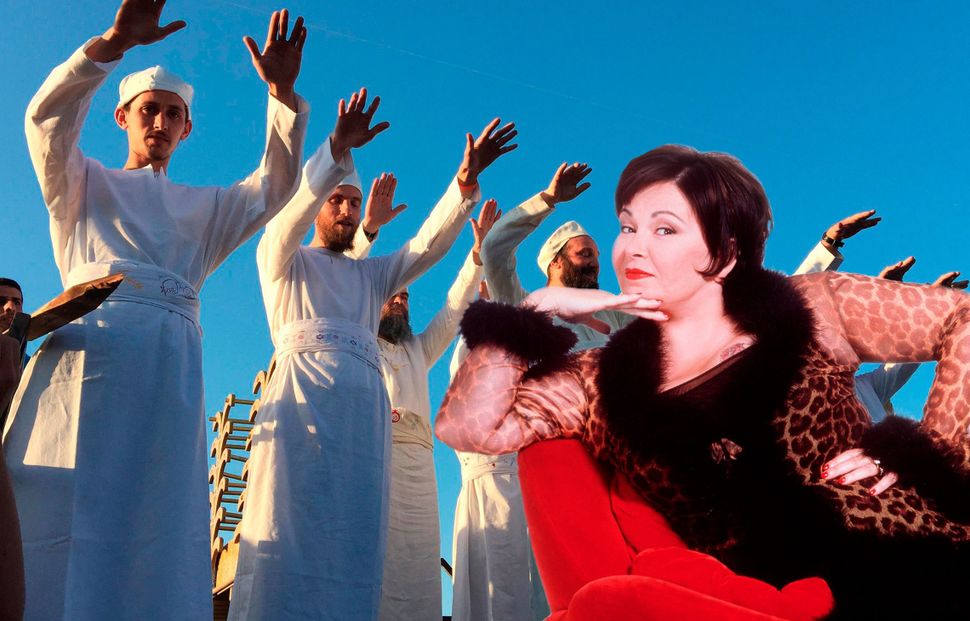 Comedian Roseanne Barr, star of the 1990s hit television show Roseanne, is arranging a special Passover visit with the Temple Institute, the Israeli organization that wants to rebuild the Third Temple in Jerusalem — and she’s very excited about it.

In a public exchange on Twitter, the Temple Institute invited Barr to tour their facilities.

“I would love to,” Barr wrote. “ty for the invitation. I will come.”

She even set a tentative date, by including the hashtag #Passover2017.

The lengthy online exchange occurred after the Temple Institute reached out to Barr on Twitter, promoting a training program that the institute is launching, where men are instructed in supposedly ancient rituals about priestly rituals to be performed in the Third Temple, which the Institute has been planning to build on the Temple Mount, the most contested religious and historical site in Israel.

How do you feel about Kohanim? @therealroseanne https://t.co/9tRCdpCH1F

“How do you feel about Kohanim?” the Institute asked.

“I’m part of kohenet institute,” Barr wrote, in what appears to be a reference to an organization that offers courses in “Hebrew preistessing.”

“Women r the future,” she added.

“Are you from a Kohanic family?” the Institute asked, to which Barr replied, “yes.”

Barr said that she appreciated the work of the Temple Institute that she has seen on past visits to Israel. “It was a great addition to the information that we tourists receive.”

Barr is from a Jewish family but grew up attending the Church of the Latter Day Saints. In addition to her career as an actor, she has dabbled in politics and religion over the course of her career.

In 2011 Barr announced she would be running a two-for-one campaign — seeking the offices of both President of the United States and Prime Minister of Israel.

On top of her apparent current training as a priestess, Barr has also been involved in the transformative power of Buddhist and “kabbalistic meditation” for years.

“I do kabbalistic meditation,” she once told the Forward. “It’s not unlike time travel, it can change the past and not just the future.”