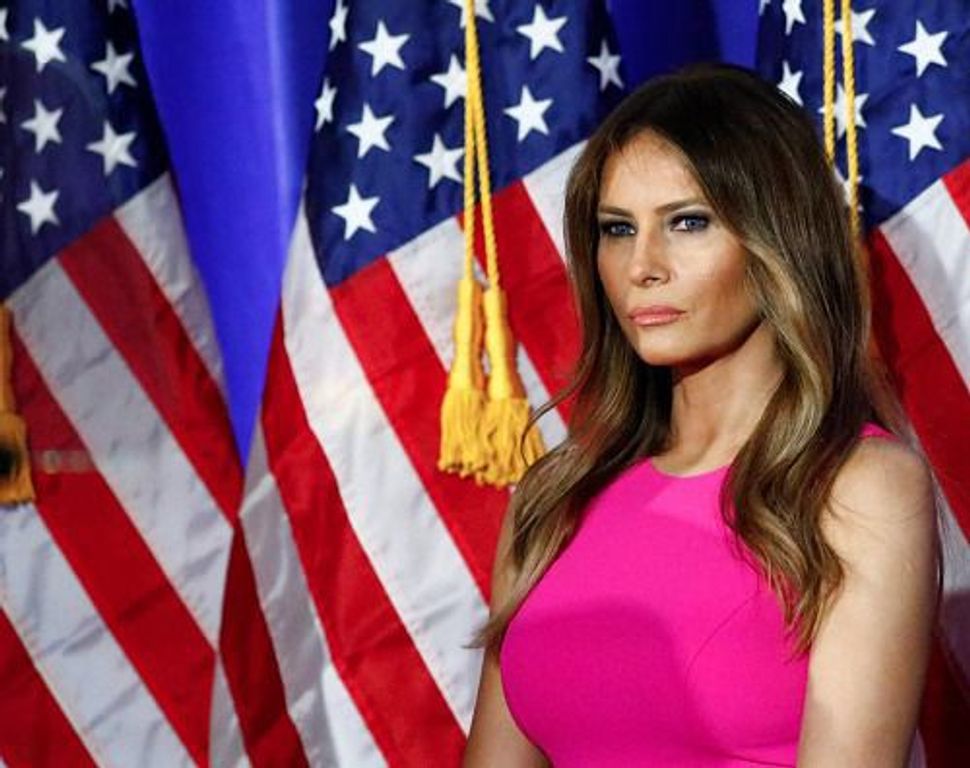 After Politico writer Julia Ioffe supposedly provoked the anti-Semitic trolls of Twitter to rise in defense of Melania Trump following a mostly positive profile of the Republican candidate’s wife, Jewish journalists quickly learned to expect an online deluge of anti-Semitic slurs and memes should they dare to criticize or call into question the Trump family.

But that didn’t stop three Jewish journalists — including Ioffe — at Politico from filing a story Thursday investigating whether Melania may have broken immigration laws when she was working as a model in New York in 1995.

The nude modeling photos of Trump on the front page of The New York Post on Aug. 1 have prompted questions about whether Trump was working legally when she first arrived in the United States in 1995. Though both Trump and her husband have insisted that she arrived in the country legally, Politico journalists Ben Schreckinger and Gabriel Debenedetti wrote that she likely came on a short-term visa that would not have allowed her to work as a model.

Ioffe also contributed to the story and noted on Twitter that both Schreckinger and Debenedetti are Jewish too.

“Just waiting for the Trump trolls to discover that three Jews wrote that story on Melania,” she tweeted Thursday.

As Donald Trump’s campaign has intensified, a number of Jewish journalists, including Bethany Mandel of the Forward, have been attacked viciously on Twitter by neo-Nazis, something which the Trump campaign has failed to address.

Schreckinger and Debenedetti wrote that in previous interviews, Trump has said she came to work as a model in 1996, but the photo used by The New York Post — along with accounts by Slovenian journalists who wrote a biography of Trump — place her working in the U.S. in 1995.

Trump responded to questions about her immigration status while working as a model in the late ’90s, saying she has always followed U.S. immigration law and that allegations that she did otherwise were untrue.

Trump said in interviews to Harper’s Bazaar and on MSNBC that she would travel to the U.S. on short-term visas until she received a green-card in 2001, after which she became a citizen in 2006. Though it isn’t clear, many reports and interviews have claimed that Trump came to the U.S. on an H-1B work visa, a program which her husband originally criticized and vowed to end.

However, the immigration history Trump has given in interviews is inconsistent with an H-1B work visa, according to Politico. Instead, the travel history she has described in interviews is more in line with two temporary types of visas — neither of which would have allowed her to work.

Andrew Greenfield, a partner at the law firm Fragomen, Del Rey, Bernsen & Loewy that focuses immigration law, told Politico that applying for a visa that does not permit work implies that the visa-holder agrees not to work.

“There are quirky exceptions to people on a B-1 visa who are able to work — certain domestic servants who are entering the country to accompany their employers who are in the country temporarily,” added Greenfield. “But I can’t imagine that would apply to models.”

Another unnamed lawyer told Politico that someone like Trump would have almost certainly had to lie in order to be admitted into the U.S. on such a visa.

Schreckinger and Debenedetti wrote that visa fraud would call into question green card and citizenship applications, meaning there may be legal troubles today for Trump if she lied.