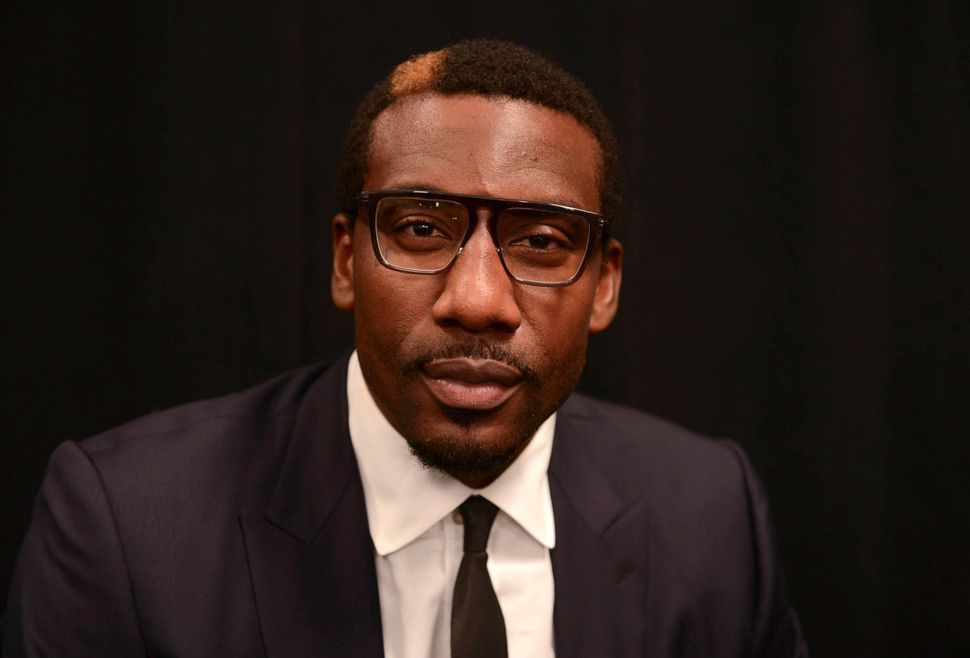 Basketball star Amar’e Stoudemire, who announced his retirement from the NBA after 16 celebrated years, is moving to Israel to play professionally in for an Israeli team in Jerusalem.

Stoudemire didn’t waste any time — he jumped on a flight to the Holy Land within days.

One of his first stops once he landed? The Hebrew Israelites in the southern city of Dimona.

“It’s great to be here in Dimona,” Stoudemire said, greeting the community, “this is a place where I feel like the truth is being taught.”

Stoudemire said that he hoped his coming to Israel and playing professionally might “spread the word” and “give another light” to the “Hebraic culture” and way of life as understood by Hebrew Israelites.

“Building on our Hebraic culture and being able to spread the words and getting our brothers and sisters to understand who they are from a nationality standpoint is very, very important to me,” Stoudemire said.

“Now that I’m playing in Jerusalem that gives another light on the situation, and allows us to reconnect to the Land of Israel.”

In 2010, he traveled to the country in a much-publicized tour, telling reporters he was exploring his “Hebrew roots.” Some American Jews and Israelis were confused by his interest, speculating whether he had a Jewish mother or was interested in religious conversion.

But Stoudemire is not Jewish, he has said. Instead, he has ties to various Hebrew Israelite groups.

Hebrew Israelites are people of color, mostly African American, who proclaim ancestral ties to the biblical Israelites. There are dozens of groups that identify as such; the major groups are around a century old and were inspired, in part, by the messages of liberation and nationalism of Marcus Garvey.

One group of Israelites from Chicago led by a charismatic leader named Ben Ammi Ben Israel left America first for Liberia — and ultimately settled in Dimona in the 1970s. Though they had a fraught relationship with the Israeli government in the early years — when members were deported or threatened with deportation — today they number in the thousands.

Stoudemire’s wife appears to have familial connections to this Dimona community. And in 2014, Stoudemire executive produced a documentary about the group’s history called “The Village of Peace.”

Stoudemire’s arrival was heralded by a troupe of drummers and a ceremonial prayer. Sar Ahmadiel, an elder speaking on behalf of the Dimona group, thanked Stoudemire for his support over the years and welcomed him.

“Anytime one of the sons come home it’s a great day,” Ahmadiel said. “Being a brother who has definitely embraced, and has obviously come to reclaim that Hebraic heritage, that journey had to lead to Jerusalem.”

In addition to his ties to Dimona, in 2013, Stoudemire went through a baptism with a separate Messianic Hebrew Israelite group based in Chicago called Israel of God, according to that group’s pastor.

Taking the microphone, Stoudemire said that he was happy to be in Israel, a land that “we have been disconnected from since 70 AD, since captivity,” a reference to the Roman siege of Jerusalem. “It’s great to be back in the Holy Land.”