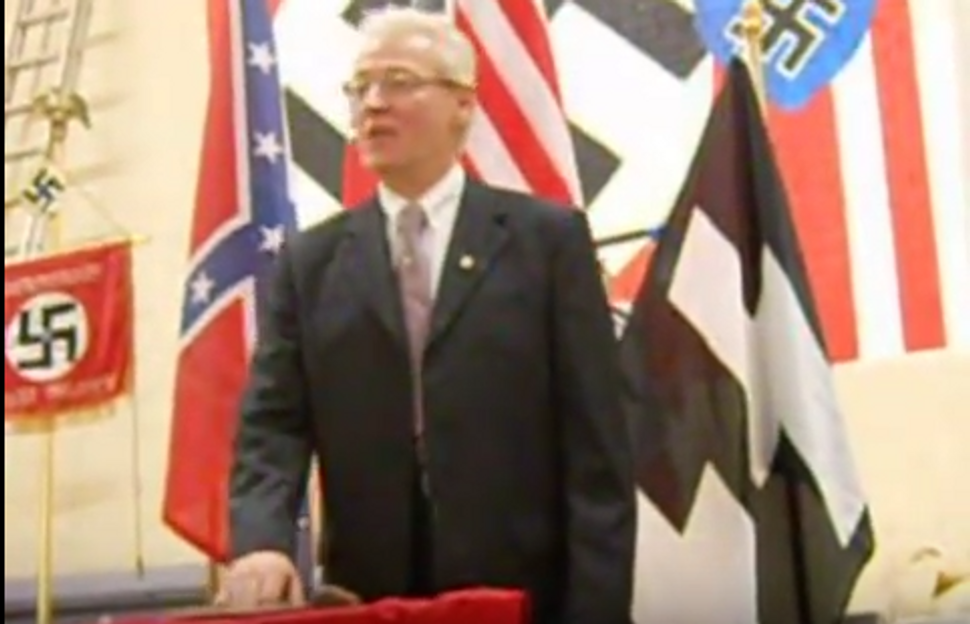 The chairman of the American Nazi Party said a Donald Trump presidency would be “a real opportunity” for white nationalists to enter into mainstream politics.

Rocky Suhayda added that whites should have their own political caucus in Congress, just like African Americans do, and that being pro-white does not mean one is bigoted.

“Now, if Trump does win, okay, it’s going to be a real opportunity for people like white nationalists, acting intelligently to build upon that, and to go and start – you know how you have the black political caucus and what not in Congress, and, everything, to start building on something like that,” he said on a radio broadcast published by Buzzfeed.

“It doesn’t have to be anti, like the movement’s been for decades, so much as it has to be pro-white. It’s kinda hard to go and call us bigots, if we don’t go around and act like a bigot. That’s what the movement should contemplate,” Suhayda said in a July program on his radio show.

The Nazi leader predicted Trump would win the election in November, referring to those who oppose the real estate mogul as “the enemy.”

“I think it’s gonna surprise the enemy, because, I think that they feel that the white working class, especially the male portion of the working class, and with him his female counterparts have basically thrown in the towel. Given up hope of any politician again standing up for their interests,” Suhayda said.

“If our people got our healthy racial spirit back, there wouldn’t be a lot that the non-whites could do to us,” the Nazi leader added. “We have to keep our eyes on the prize.”

Suhayda is not the only white supremacist who can’t get enough of Trump. Former Ku Klux Klan leader David Duke told NPR this week that he is “100 percent behind” the Republican nominee.

In May, Duke said that Jewish opposition to Donald Trump shows that Jews are “the real problem” and the “reason why America is not great.”

“Antisemitism has no place our society, which needs to be united, not divided,” Trump said, according to the New York Times.

Critics across the aisle have slammed Trump for his inflammatory statements, such as saying many Mexicans are drug dealer and rapists and advocating for a ban on Muslim entering the United States.

Listen to the interview here: