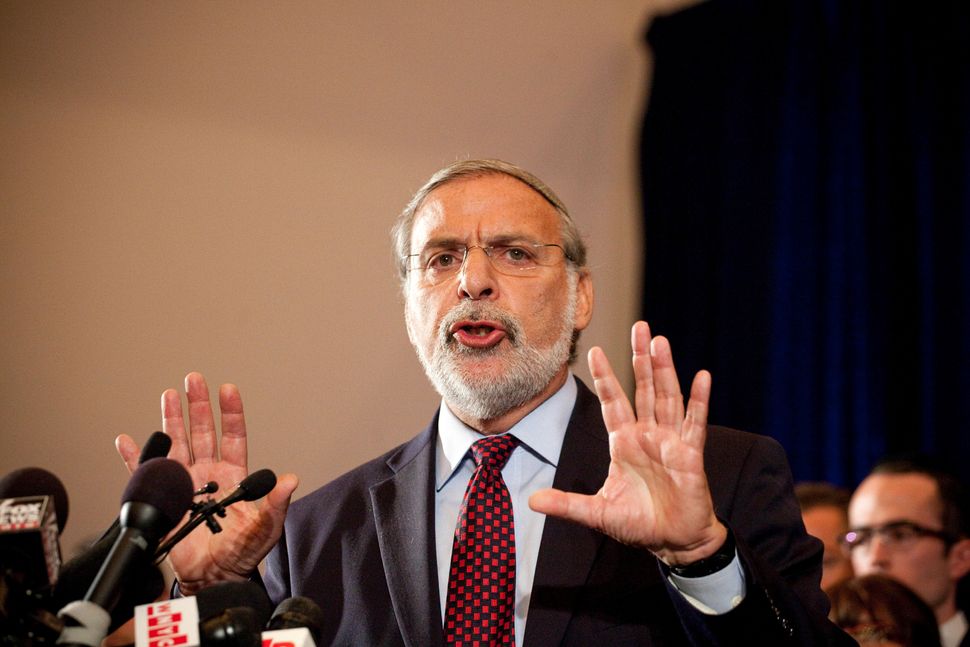 Brooklyn’s most controversial Jewish state legislator has sparked a round of rumors about his political future after his surprising decision to pass his Democratic party position to a 22-year-old Hasidic activist.

New York State Assemblyman Dov Hikind, who has served in the legislature since 1983, filed papers in late July declining to appear on the primary ballot for the position of Democratic District Leader, a role he’s held for years. Instead, petitions gathered on Hikind’s behalf were used to nominate David Schwartz, a young Hasidic man who works in Hikind’s Assembly office.

Now, some are wondering whether Hikind is eyeing an exit from his Assembly seat, as well, either before or after the November election. In a statement to the Forward, Hikind denied the rumors, saying that he would stand for reelection and planned to serve “for many years” in the State Assembly.

Yet local Boro Park activist Moshe Friedman, publisher of the Jewish news website JP Updates, still has questions about Hikind’s future, citing people close to the Assemblyman. “I have zero question that if Schwartz…becomes district leader, Hikind will not be assemblyman for the next two years,” Friedman told the Forward, saying that he expected Hikind to retire during his next term.

Hikind, a hawkish firebrand, has dominated local politics for decades in Boro Park, and enjoys an unusually high citywide profile for a state assemblyman. Known for his positions on Israel-related issues and his vocal advocacy for Brooklyn’s Orthodox community, he drew controversy in 2013 when a photograph of him dressed in blackface at a Purim party became public. Hikind first defended himself, and then apologized.

Hikind’s maneuverings, and his decision not to continue as District Leader, are surprising. Though unpaid, District Leaders are powerful party officials sit on the board that governs the county party and help select judges. Because of the timing of Hikind’s declination, no candidates besides Schwartz will appear on the primary ballot for District Leader on September 13. Thanks to a petition filed by Friedman, however, voters will have the opportunity to cast write-in votes.

A former follower of the militant rabbi Meir Kahane, Hikind enjoys close ties to ultra-Orthodox umbrella group Agudath Israel of America. He has been a voice for Orthodox interests citywide, campaigning this summer against new rules that would have ended women-only swimming hours at a public pool in Williamsburg, Brooklyn, miles from his Assembly district. Last year, Hikind parked a bus with a picture of Iranian Supreme Leader Ayatollah Ali Khamenei outside the office of Congressman Jerry Nadler’s Manhattan to protest Nadler’s vote in support of the Iran deal.

Schwartz, if elected, would be the among the first Hasidic men ever elected District Leader in Brooklyn, and, at 22, the youngest person ever elected to the position. “People get so excited about Trump and Hillary, but local elections are so important,” Schwartz told the Jewish news website Voz Is Neias.  “I see how many young people are not even registered.”

In the same Voz Is Neias article, Hikind told the website that he wanted to pass the position to Schwartz because he was busy in his Assembly office, and that he wanted someone younger to take on the role.