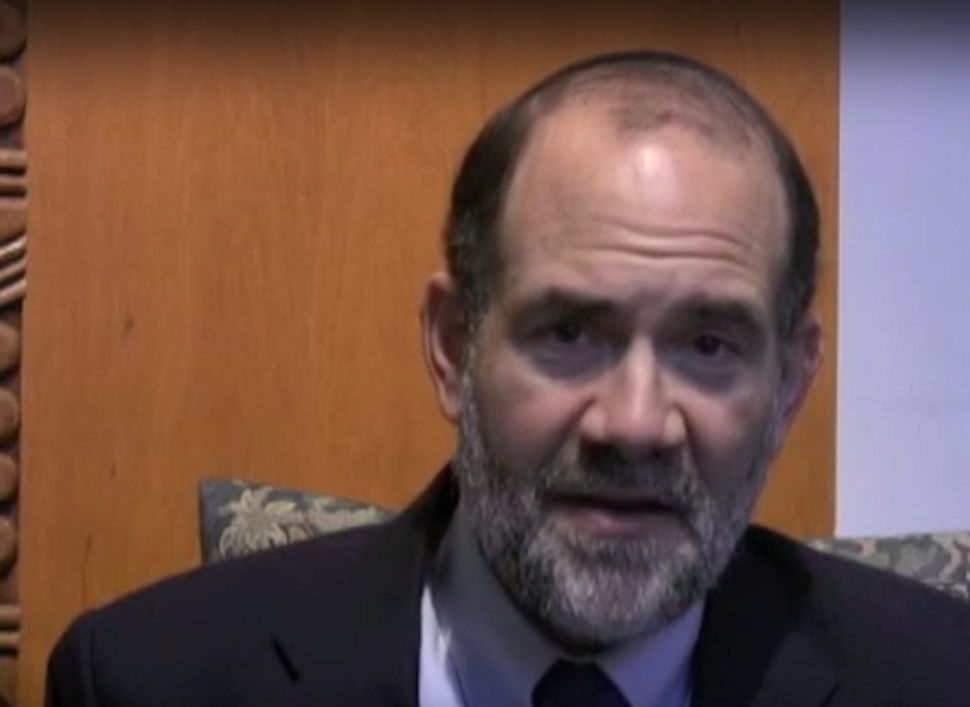 Rabbi Jonathan Rosenblatt was once a prominent Orthodox figure as the longtime rabbi of the Riverdale Jewish Center, but a New York Times exposé revealed in May 2015 he had visited the showers and sauna, often naked, with boys as young as 12.

He resigned from his position as senior rabbi in February and reportedly found a job as a counselor in Scarsdale, a posh New York suburb, but the medical practice in question denied he worked there.

“He was never with us,” Su Y. Heo said. “He was subleasing a place so he can see his own patients. He did it for a month, but he is no longer subleasing with us.”

Heo said Rosenblatt had rented space from the practice from June through July but declined to say why the rabbi was no longer subleasing with the practice.

Rosenblatt’s lawyer, Meyer Koplow, told the Forward in an email that the rabbi “is not currently working.”

In June, Koplow said that a doctor at Scarsdale Integrative Medicine had invited Rosenblatt to work as a counselor at the health center, the Riverdale Press reported.

“At one of the hospices where he worked, he did a lot of work with one of the doctors in [Scarsdale Integrative Medicine],” Koplow said. “When that doctor became aware that the rabbi was free of his responsibilities at the RJC, he reached out to the rabbi to ask whether he would be interested in doing counseling in this group practice he has.”

The health center’s website listed Rosenblatt as providing “spiritual and psychological counseling,” but the page has since been taken down.

The practice allowed Rosenblatt to list his services on their site as a “friendly offer” in order “to market his practice,” according to Heo. 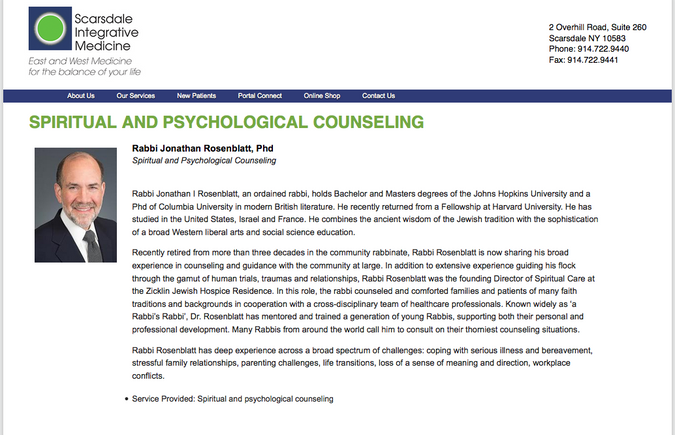 A screenshot of Rabbi Jonathan Rosenblatt’s biography on the Scarsdale Integrative Medicine website Image by ScarsdaleIntegrativeMedicine.com