After Wavering for a While, Joe Lieberman Endorses Clinton, Citing Personal Ties 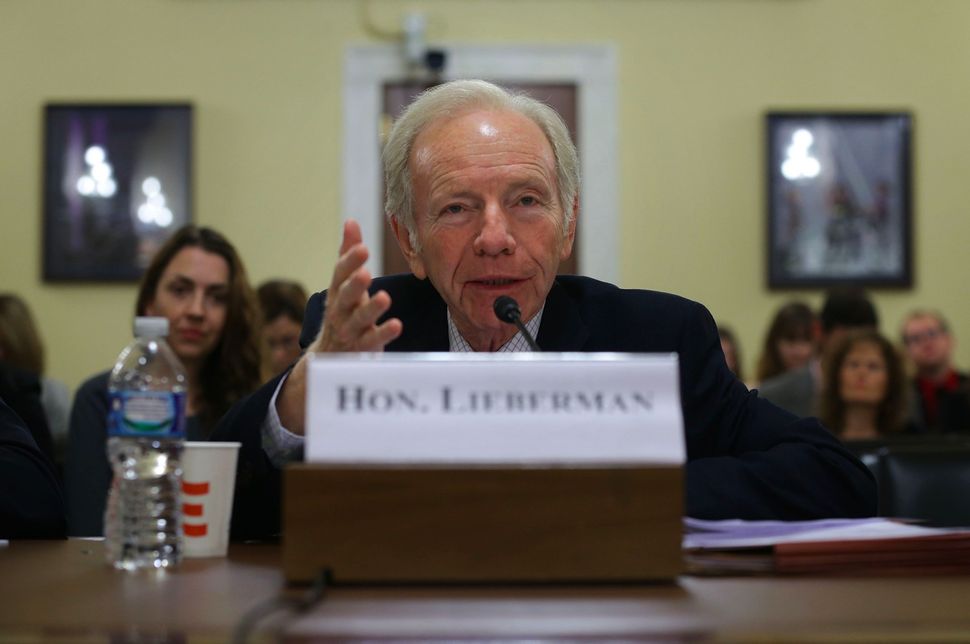 Former U.S. senator Joe Lieberman announced he will be voting for Hillary Clinton in November, citing his personal relationship with the Democratic presidential nominee and her efforts to promote bipartisanship in the Senate.

“I’m going to vote for Hillary Clinton because [I’ve known] her forever, and her husband back to when they were at Yale Law School. I worked with her closely in the Senate for eight years,” Lieberman said, according to the Washington Examiner.

“She’s strong, she’s smart, she understands national security. What I was most impressed with in our years in the Senate together was she reached across party lines to try to build coalitions to get something done,” he added.

The Jewish politician dismissed claims he had left the Democratic party, telling Fox Business host Maria Bartiromo he identified as “an independent Democrat.”

“I never changed parties, and I’m going to vote for Hillary Clinton,” he said.

Lieberman served as a senator for Connecticut in 1989-2013. After losing the Democratic Senate primary in 2006, he won the election as an independent.

He was Democratic presidential nominee Al Gore’s running mate in 2000, the first Jew to run on a major party’s presidential ticket.

After Wavering for a While, Joe Lieberman Endorses Clinton, Citing Personal Ties