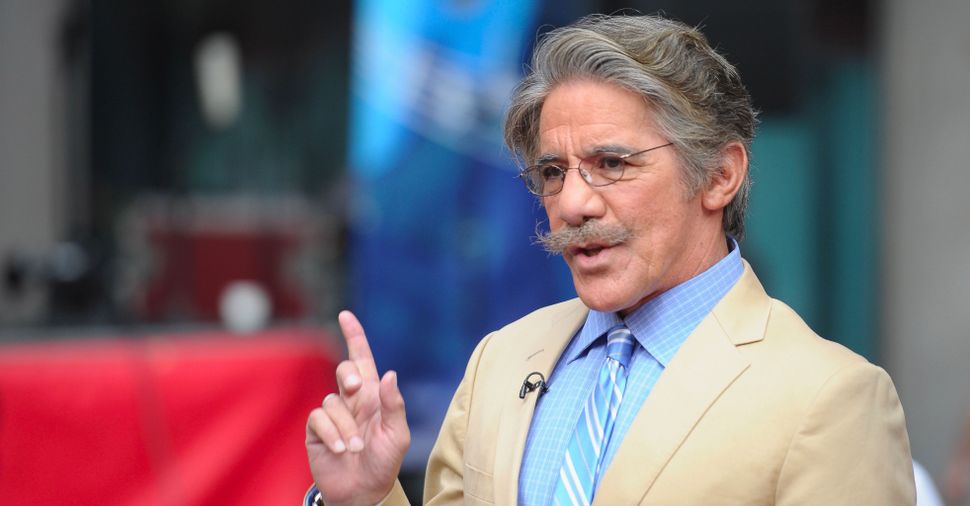 Rivera, who is Jewish, tweeted that while Trump is a “longtime loyal friend,” his comments implying that “Second Amendment people” could stop Clinton by shooting her were “bull****.”

Rivera re-discovered his Jewish roots after marrying TV producer Erica Levy in a Reform Jewish ceremony. His mother is Jewish and his father is Puerto Rican, and he even got a Star of David tattoo on his left hand while reporting in Israel in the ’70s.

Appearing on Fox New Tuesday, Rivera said that the comment, even if it were a joke like some top Republican leaders have hoped, was “profoundly careless.”

“This is a federal crime if he means what he said,” he said.

At a rally in Wilmington, North Carolina, Trump commented off-hand that “Second Amendment people” might have a way to stop Clinton from “abolish[ing]” the right to bear arms, which many understood as by assassinating her.

Trump responded to the bipartisan backlash to his comments on Twitter, writing that the media was twisting his words.

Media desperate to distract from Clinton’s anti-2A stance. I said pro-2A citizens must organize and get out vote to save our Constitution!

“Media desperate to distract from Clinton’s anti-2A stance,” he tweeted. “I said pro-2A citizens must organize and get out vote to save our Constitution!”

The U.S. Secret Service tweeted Tuesday that it was “aware” of Trump’s comments, and Buzzfeed reports that Secret Service agents have had several conversations about the incident with the Trump campaign.

The Secret Service is aware of the comments made earlier this afternoon.

Clinton hit back at Trump’s comments at a rally Wednesday in Iowa.

“Words matter, my friends. And if you are running to be president or you are president of the United States, words can have tremendous consequences,” she said.