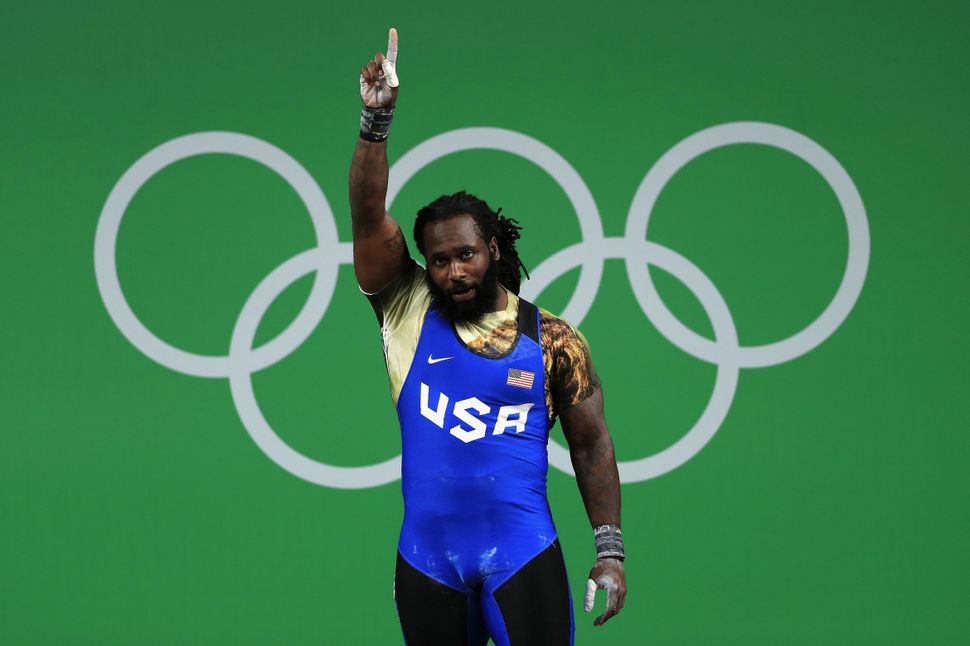 Kendrick Farris, United States’ only male weightlifter at the 2016 Olympics, finished 11th in his weight class.

Farris was not too disappointed, though. He saw Rio as a global platform to spread his spiritual beliefs, whether he won a medal or not.

“I try to share my faith as much as possible, using this platform that I have as an Olympian,” Farris told Athletes in Action, which is affiliated with the evangelical organization Cru. “For me, part of that is just being real and showing that faith is a part of me. This is the truth for me.”

What exactly is that faith?

The 30-year-old Olympian calls his ancestors “Israelites from the Lost Tribes of Israel” and he sometimes takes on the Hebrew name “Yahcob.” Farris peppers his social media feeds with biblical passages from both the New Testament and the Hebrew Bible, paired with the hashtag #ChildrenofIsrael. Farris also wears the ritual fringes of the Hebrew bible, wishes followers “Shabbat Shalom” and during Passover posted a picture of a Passover spread.

When he arrived at the Rio Olympics, Farris promptly posted another image to his Instagram and Facebook followers. He stood in an Olympic stadium, wearing small golden fringes on his shirt. “Yisrael in the building,” he wrote. 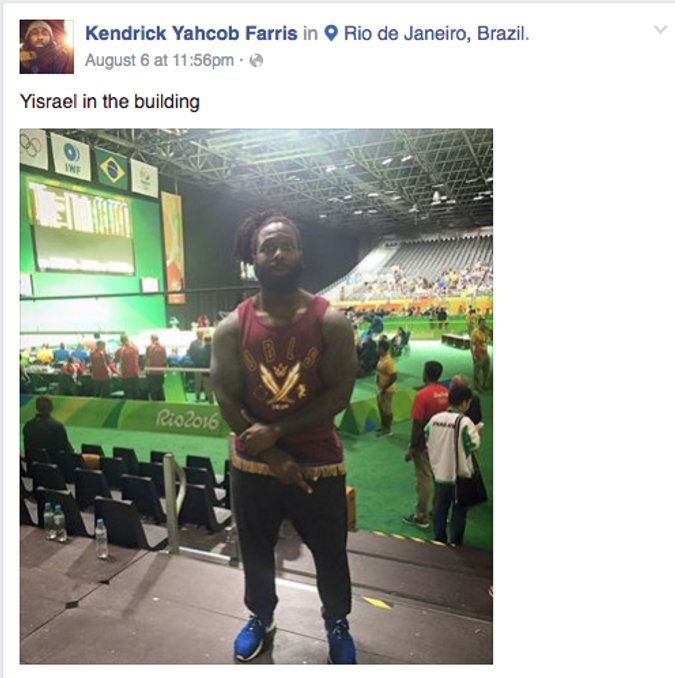 Farris started weightlifting at age 12. But, he says, it wasn’t until he “turned back to God” after a 2008 injury that his career blossomed.

“I’ve really been growing spiritually since then,” he said. On his Team USA profile, he now lists “Yahawah,” Yahawahsha” (Hebrew renderings of the name of God) and “Christ” as among the “most influential people” in his life. 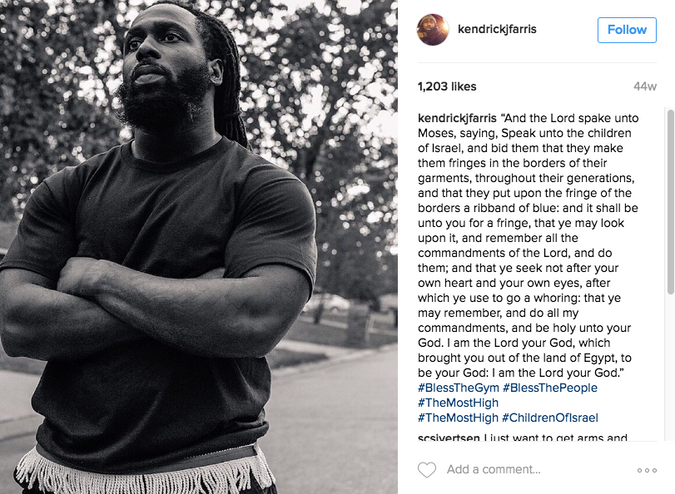 Kendrick Farris wearing fringes in an Instagram photo and quoting the biblical verse related to the custom. Image by Instagram

In an interview with the Huffington Post, Kendrick Farris spoke about his desire to study his heritage more deeply.

What was his heritage? he was asked. “Israelites from the Lost Tribes of Israel,” he said. “I knew I needed to do more research to understand the ways of the ancient.”

Farris has also been a strict vegan since 2014. “I don’t agree with the way the animals are mass-slaughtered. So that’s one thing that kind of got me looking at what they call a vegan diet,” he told the Huffington Post.

One of Farris’ mottos — dozens of Instagram posts carry the hashtag — is “Bless the Gym.” “If you believe in the Word of God, your body is the gym,” he told Athletes in Action. 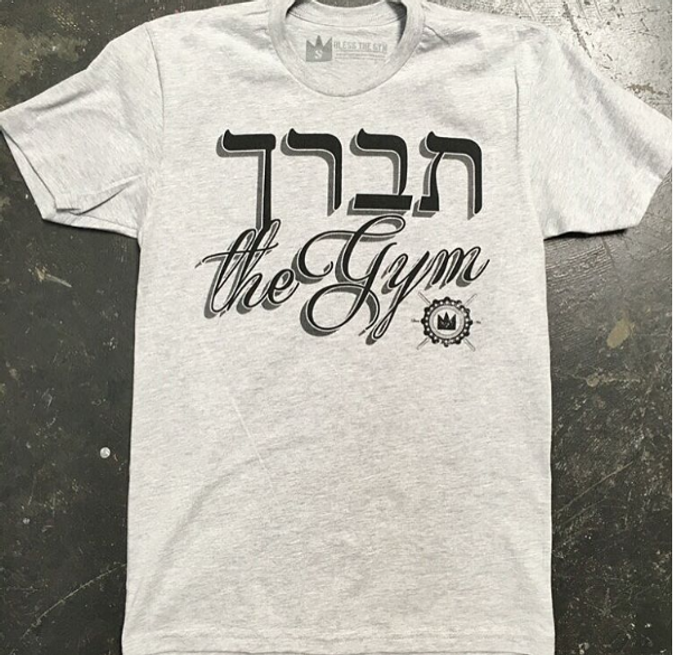 “The centerpiece of my peace is God, my Lord and Savior. That’s why I do what I do,” Farris said. “I want to excel, not just athletically, but that gives me a platform to connect with people.”