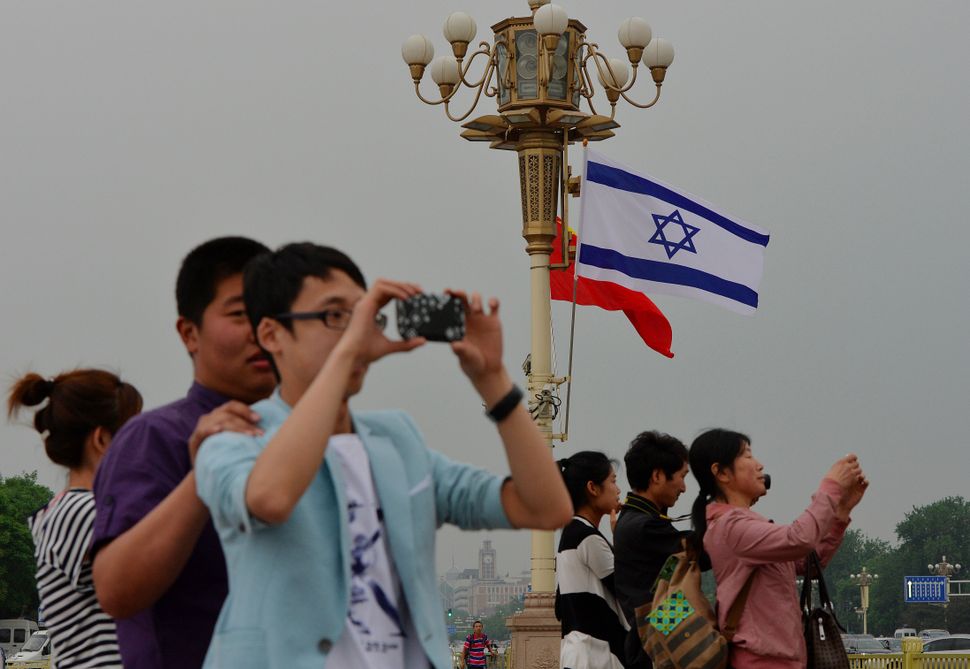 Israel and China have a robust economic relationship — China is Israel’s third biggest trading partner — and the two nations have even discussed creating a free trade zone.

In August, Israel’s Tourism Ministry announced that it had eased the way for Chinese tourists by creating a 10-year multiple entry visa. A similar visa was created for Israelis visiting China.

In the past, tourists from China to Israel were issued three-month visas that they would have to renew upon each visit. Chinese tourists visiting in groups also had to pay about $9 per person as part of their visa application. That fee has now been abolished.

“It is very important that as many tourists as possible visit Israel from China,” said Aryeh Deri, Israel’s Interior Minister, in a press release.

Chinese visitors are already heeding the call. The Ministry of Tourism called Chinese tourism to Israel “very encouraging.” In 2015, 47,000 Chinese visited Israel, a 43% increase over the year before.

“They don’t follow the news in Israel every day, like many American Jews do,” Oded Grofman, deputy director-general of the Israel Incoming Tour Operators’ Association, told Haaretz. “And that probably explains why they’re less sensitive to what’s going on here, and why American Jews are more likely to cancel their trips here than they are.”

According to Haaretz, Chinese visitors to Israel are drawn by the opportunity to see Israel’s startup culture up close as more than 1,000 Israeli companies have set up shop in China. With many Chinese tourists visiting from large cities, Chinese tour groups tend to eschew Israel’s urban centers for its natural delights. The Dead Sea is one of the most popular spots for Chinese tourists.

To accommodate the growth, the Tourism Ministry opened its first course for guides targeting Chinese speakers in 2014.