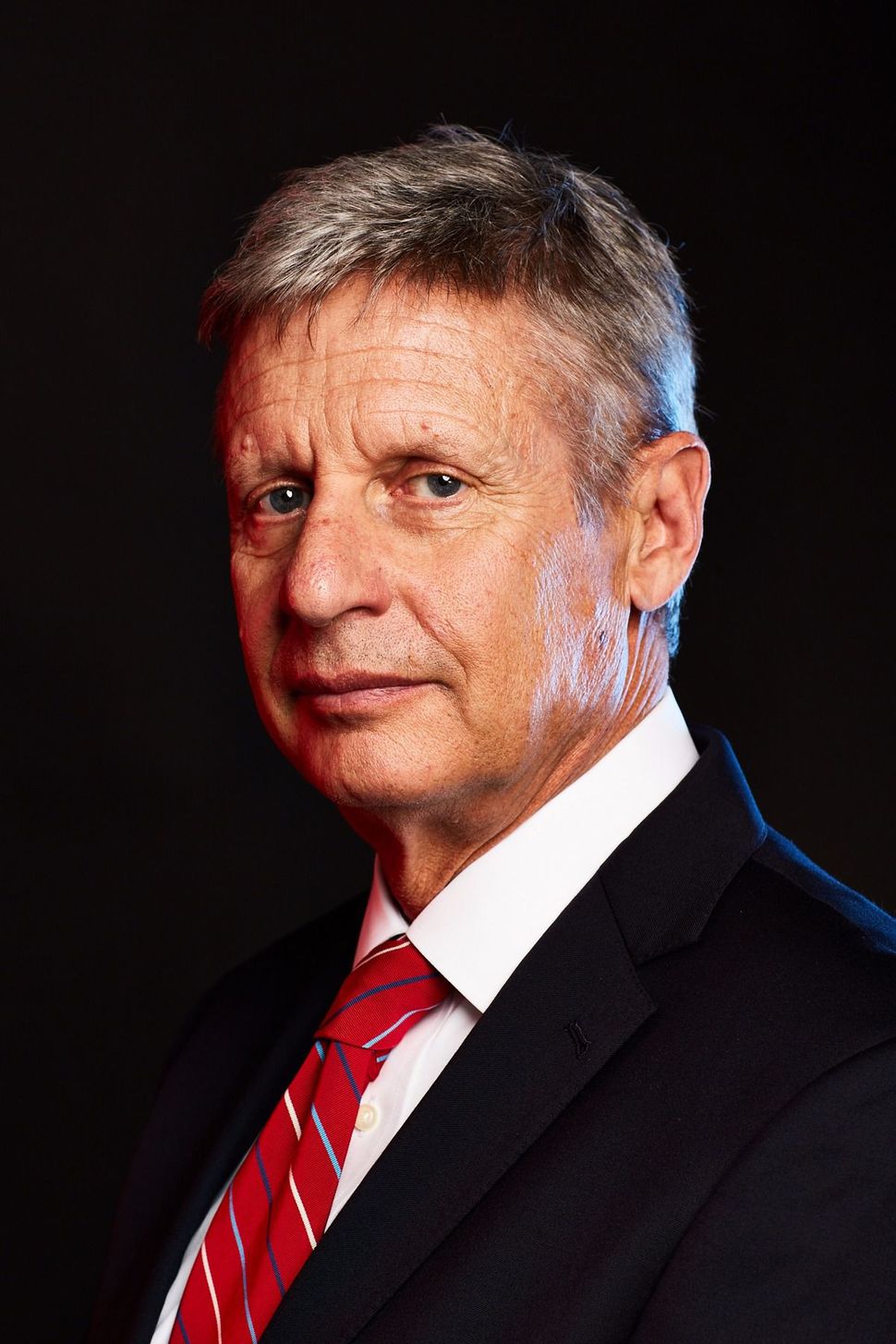 Well, forcing Jews to bake cakes for Nazis probably isn’t a top priority for the Libertarian Party presidential candidate, but in a debate televised in April the former governor of New Mexico was pushed to a corner, facing a scenario that put to test his adherence to the principles of libertarianism.

“Should a Jewish baker be required to bake a Nazi wedding cake?” Johnson was asked by one of his rivals seeking the party’s presidential nomination. “That would be my contention. Yes,” Johnson replied, to the sounds of boos from the audience.

The Jewish baker test may have exposed Johnson’s key weakness: He is not a pure libertarian. A former Republican, Johnson would rather see the government intervene to ensure equal treatment to all (in this hypothetical, a Nazi couple preparing to wed) than adhere to pure libertarian ideology.

Just as his views on government intervention tend to be less dogmatic than those of some libertarians, Johnson’s attitude toward Israel offers a mixed bag. While libertarianism is usually associated with an isolationist foreign policy, Johnson’s claims a basic sympathy to the Jewish state, but at the same time, he believes in undercutting the two pillars of the American-Israeli relationship: foreign aid, and a promise for military support in case of need.

Johnson’s campaign is now facing its most serious challenge and, perhaps, its biggest opportunity, as it works to gain a seat on the presidential debates, which will begin in late September. Polling at 10%, Johnson is closer than any other third-party candidate in recent years to actually securing a place on the debate floor, but he’s still a long way from the 15% threshold set by organizers. Participating in the debate could be a game changer for the Libertarian Party and for Johnson, as it would offer them national exposure of the kind their campaign cannot otherwise reach.

Johnson is well aware of the difficulty facing a third-party candidate trying to break into an election cycle dominated by the two major parties. In 2012 he started off as a Republican with libertarian beliefs in the crowded GOP primary. Failing to garner attention and support, Johnson dropped out of the race, left the Republican Party and became the Libertarian Party’s presidential nominee. Johnson won 1.27 million votes, making him the most successful Libertarian candidate in history, but still rendering his presidential run irrelevant. Polls now suggest a new opportunity, one that could catapult the party, for the first time, into a potential decision-making position in some states.

For backers of Israel, libertarian foreign policy has always been a source of concern. Focusing on minimal government intervention and on decreasing America’s overseas footprint is viewed in the pro-Israel community as necessarily leading to a cut in America’s active assistance to the Jewish state.

Johnson’s approach, while not extremely isolationist, confirms some of these concerns.

“Israel has been and will remain an important ally,” Johnson said in 2012 interview. He also touted, on several instances, his visit to Israel as governor of New Mexico and his meetings with Benjamin Netanyahu, Shimon Peres and the late Ariel Sharon.

But when it comes to the details, Johnson’s positions are in stark contrast to those of the pro-Israel community. “I advocate ending all foreign aid,” Johnson said Art Gardenswartz. The two share skiing vacations when Johnson is not running for office. Gardenswartz could not be immediately reached for comment.