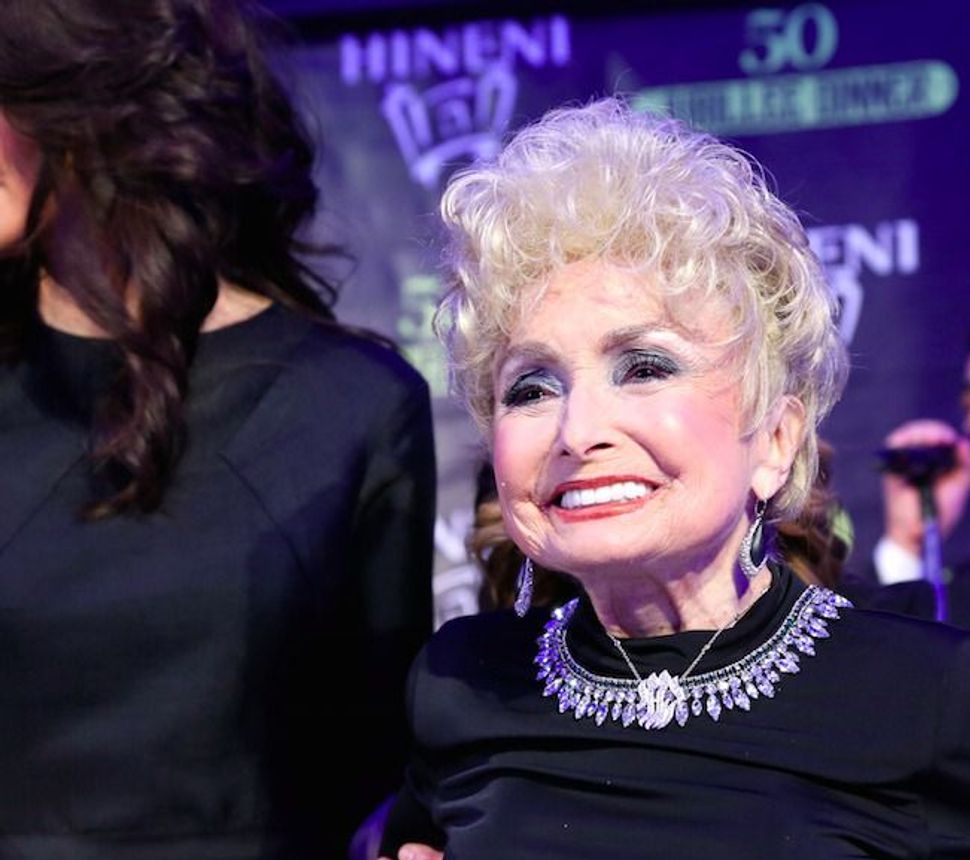 — Esther Jungreis, a pioneer in the Jewish outreach movement and founder of the organization Hineni, died Tuesday. She was 80, according to the Vos Iz Neias blog.

An announcement published in October on the site Only Simchas indicated Jungreis was “in serious condition” and fighting an infection, but did not specify her ailment.

Jungreis was born in Szeged, Hungary, in 1936, where her father was chief rabbi. A child survivor of the Bergen-Belsen concentration camp, she and her family resettled in 1947 in Brooklyn, where she married her distant cousin, Rabbi Meshulem HaLevi Jungreis, according to the Yeshiva World. She and her husband, who died in 1996, founded the North Woodmere Jewish Center/Congregation Ohr Torah on Long Island in 1964.

Jungreis, known universally by the honorific rebbetzin, founded Hineni in 1973 in order to bring young Jews closer to Orthodox Judaism by offering Torah classes, singles events, and Shabbat and holiday services. She spoke to audiences across the United States, including at Madison Square Garden in 1973.

She was known for her work in outreach to young Jews, as well as for self-help books about a variety of topics, including marriage and relationship advice, as well as how to deal with challenges in life.

Jungreis drew inspiration from her experience as a Holocaust survivor to fight for Jewish continuity and against intermarriage. But her statements comparing assimilation to the Holocaust sometimes sparked controversy.

“To be a Jew is the greatest privilege,” she implored at a speech in Johannesburg, South Africa, in 1999. “To be unaware of it is the greatest catastrophe — spiritual genocide.”

Jungreis was part of a delegation of American Jewish leaders who accompanied President George W. Bush on a trip to Israel in 2008 in honor of the Jewish state’s 60th birthday. Other members included Elie Wiesel, Ronald Lauder, Henry Kissinger and Sheldon Adelson.

She is survived by four children — Yisroel and Osher, both rabbis; Chaya Sora Gertzulin and Slovi Wolff — as well as many grandchildren and great-grandchildren, according to the Yeshiva World.