On Saturday, presidential candidate Donald Trump was draped in a Jewish prayer shawl by a pastor during a visit to a black church in Detroit.

Bishop Wayne Jackson of the Great Faith Ministries placed the tallit on Trump’s shoulders. “I want to just put this on you,” Jackson said.

Jewish observers were baffled. Others offended, calling it “absurd” or a particularly offensive case of “cultural appropriation.” A pastor speaking about “Jewish heritage” and gifting Trump — who has also been championed by droves of anti-Semites online — a Jewish shawl?

The reaction revealed much older Jewish unease with Christian use of imagery or language that Jews see as being theirs alone. Rabbi Jeffrey Salkin wrote, “let the record note: the tallit is not Bishop Wayne Jackson’s religious symbol to share.”

But in actual fact, the ritual use of Jewish or Hebrew objects extends well beyond mainstream Jewish spaces.

Various Messianic Jewish groups of the 1960s, such as Jews for Jesus or Chosen People Ministries, have long interwoven Jewish or Hebrew rituals into services while also revering Jesus Christ as the Messiah. 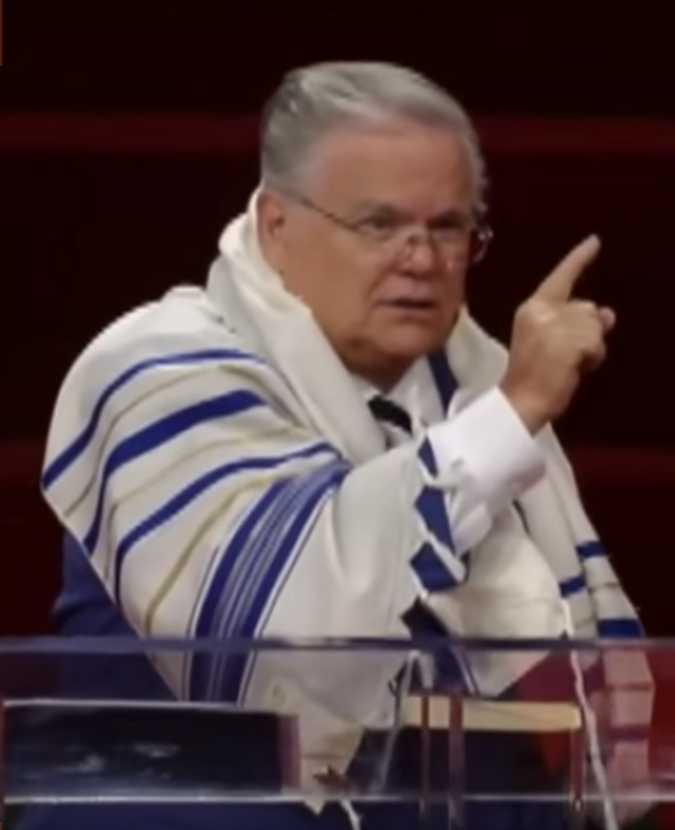 John Hagee in 2015 preaches about the “The Mystery of the Prayer Shawl.” Image by YouTube

Televanglist Benny Hinn also the shawl on his website saying that it “is patterned after the four-fringed garment that Jews, including Jesus, were required to wear. The fringes are tied in a specific way to symbolize God’s law and God’s name.”

Jackson’s church, Great Faith Ministries is Pentecostal and Jackson is known for preaching the “prosperity gospel,” the belief that God grants good health and success to those with the right kind of faith. Jackson himself owns one of Detroit’s largest homes, the Detroit Free Press reported. The pastor also performs healing ceremonies. 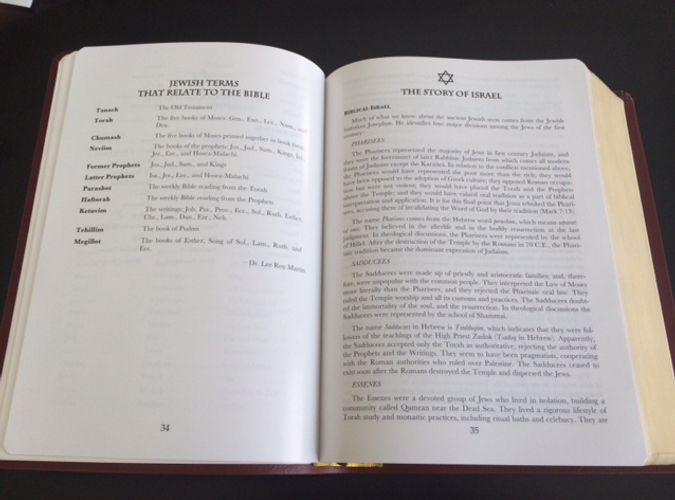 The Jewish Heritage Study Bible “provides resources that illuminate and illustrate scriptures of the Jewish background,” the publisher is quoted in Haaretz as saying. The bible includes “simple definitions of difficult words, an explanation of the Jewish names for God… describes Jewish festivals, clarifies religious concepts, lists common Jewish prayers, and describes the Jewish beliefs regarding the last days and the Messianic age.”

Jackson’s son, Brandon T. Jackson, is a well known comedian and actor and praised his father’s hosting of Trump by posting an image of himself wearing a fringed prayer shawl, too. 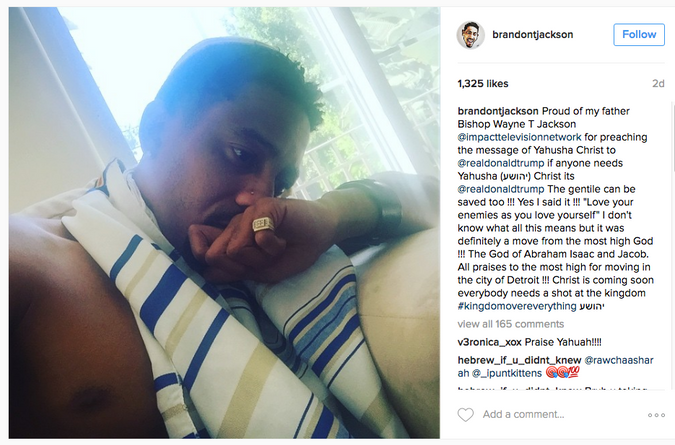 The son Jackson, who starred in the action parody Tropic Thunder, was raised in the church — and now appears to have taken on some aspects of Hebrew Israelite identity. Hebrew Israelites are people of color, mostly African American, who identify the ancient Israelites as their ancestors. In a video earlier this year, Jackson spoke some Hebrew and announced that “it is time for Israel to understand who we are.”

This weekend the younger Jackson wrote on Instagram that he was proud of his father for preaching the message of “Yahusha Christ,” a Hebrew rendering of Jesus Christ, to Trump, who he tagged using the presidential hopeful’s Twitter name.