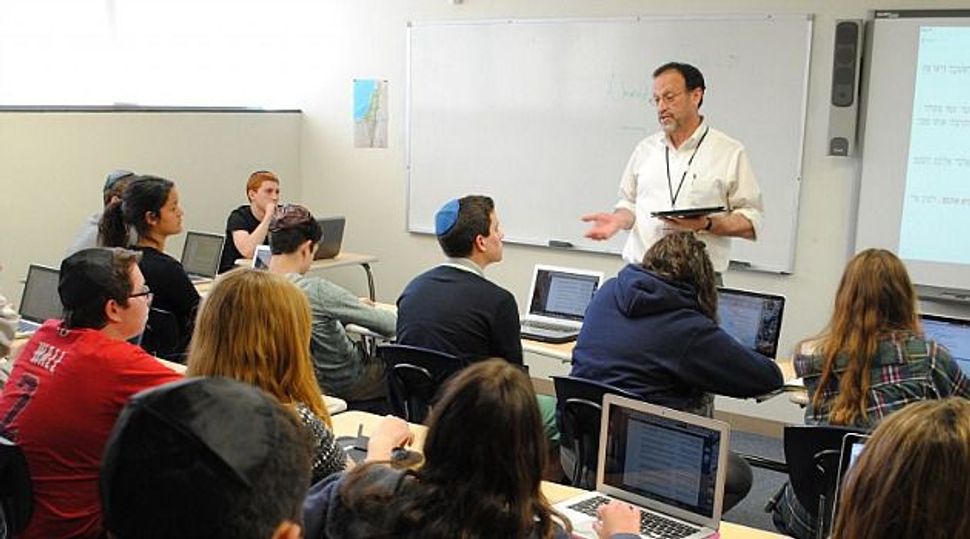 Over Labor Day weekend, the anonymous collaborators built a massive Google spreadsheet listing tuitions for hundreds of Jewish elementary schools, highs schools and yeshivas in the United States and Israel.

Tuition costs range widely among private religious schools, and schools rarely advertise their pricing. Comparative tuition rates can be hard to come by, and comparison-shopping is made difficult by the lack of transparency.

After just a few days, the crowdsourced collaboration has found a large audience. On Tuesday morning, more than 70 people were viewing the document at any one time.

Newton, Massachusetts parent James Wolfe set up the spreadsheet on Friday after spending weeks wondering why Maimonides School, the Brookline Jewish day school where he sends his two children, had not yet started classes.

“I was watching on Facebook all of my friends, they were posting first day of school pictures,” Wolfe said. Puzzled, he created a public Google spreadsheet comparing the tuition and the number of school days of five Jewish day schools around the country. One of the schools didn’t post its tuition online, so Wolfe called the school Friday and asked a receptionist.

Wolfe posted his spreadsheet on Facebook. His post has been shared 158 times since Friday, and an unknown number of people have added hundreds of schools to the document.

“For whatever reason, I wasn’t the only one who wanted to know this information,” Wolfe said.

Few others have added information about the number of days each school is in session. But tuition information is now available through the spreadsheet for nearly three hundred institutions.

The spreadsheet, which carries the unwieldy title “ANYONE CAN EDIT – US/Israel Jewish Day School Costs – Please include all mandatory annual fees as part of the price,” is an imperfect tool. Anyone can edit any field at any time, which means that it’s vulnerable to sloppy research, vandalism, and even deliberate misinformation.

Still, the spreadsheet is drawing plaudits from parents thirsty for information.

“I love this private effort because I believe in transparency,” wrote one Facebook user. “If you want to know why Modern Orthodoxy in the US is not affordable except for the wealthy, see here.”