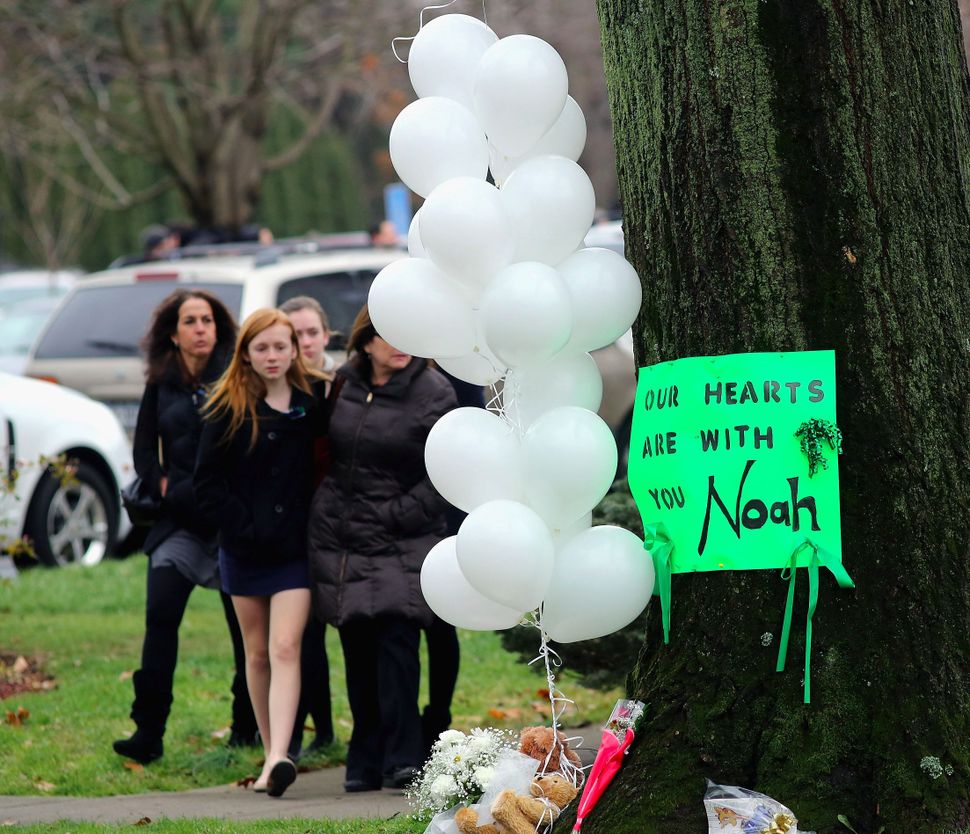 On December 14, 2012, six-year-old Noah Pozner was murdered along with 20 other children and six adult staff members at Sandy Hook Elementary School in Newtown, Connecticut.

I interviewed his mother, Veronique Pozner, six days after her son’s funeral when the family had just finished sitting shiva, the traditional Jewish mourning period. Even as she was in deep grief, she told me that the incident had lit a fire within her to fight for gun control.

“This topic has got wings for me,” she said at the time. “It has got to take flight.” 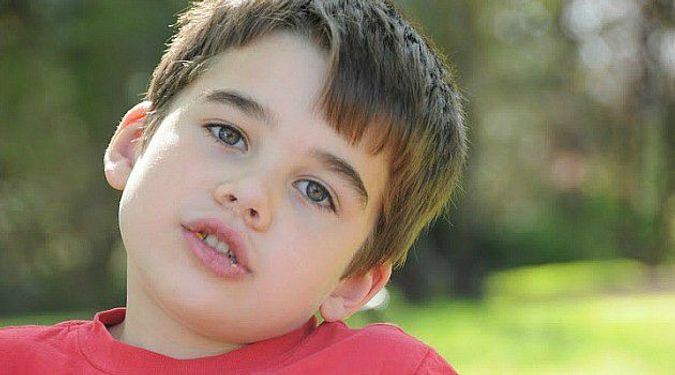 Meanwhile, Noah’s father, Lenny Pozner, has been involved in a very different sort of fight, also one without a clear end in sight. He is battling against the horde of conspiracy theorists who have claimed that the Newtown mass shooting was fabricated and that his son didn’t die. Some claim that Noah never existed in the first place.

According to a new piece in New York Magazine, the Pozners and other Sandy Hook parents have been inundated with online harassment in the 3-1/2 years since the shooting. Hoaxers claimed that Veronique Pozner wasn’t a Newtown nurse but a Swiss diplomat, and suggested she had been Photoshopped into family photos. One hoaxer wrote a letter to the Pozners demanding they prove they were actually Noah’s parents.

The hoaxers also targeted state officials with anonymous telephone calls, showed up at the Newtown Board of Education meetings and filed Freedom of Information Act requests demanding evidence that the shooting actually took place.

The Pozners, who have since divorced, left Connecticut after the massacre and relocated to a state that they asked the magazine not to identify “given the threats that conspiracy theorists have leveled against some Sandy Hook families.”

According to the story, Lenny Pozner is especially attuned to the world of hoaxers since he used to entertain conspiracy theories himself, at one time questioning whether the moon landing was real and arguing over whether 9/11 was an “inside job.” Given his familiarity with hoaxers, he believes that ignoring them isn’t actually a productive way of fighting them.

“People don’t understand what trolls are,” he told journalist Reeves Wiedeman. “If you don’t feed them, they don’t just go away.”

He started a web site to raise awareness about the issue and call for “legal consequences” against YouTube, Twitter and Facebook for providing a platform to conspiracy theorists. He scours the web for illegal use of his family photographs, notifying web sites of copyright infringement.

He also cowrote an op-ed with Veronique Pozner calling for Florida Atlantic University to fire professor James Tracy, who wrote a blog post questioning whether the massacre had taken place. Not long after, Tracy was dismissed but has since sued to get his job back.

Pozner also filed suit against one of the most notorious trolls, Wolfgang Halbig, for invasion of privacy.

“Suing Halbig is symbolic,” Lenny Pozner said. “If I can show that if you go after a victim, a victim is gonna sue you, that’s real.”

Lenny Pozner isn’t the only one to fight back. A group of 18 Newtown men — none of them lost children in the shooting — have taken it upon themselves to “disrupt the hoaxers’ lives” by trolling the trolls. The group covered some of the hoaxers’ cars in rubber duckies, a symbol of hope for Newtown since a Kiwanis club sent a box of 500 to surviving students.

Even so, it’s not at all clear that their efforts, or Lenny Pozner’s, will stop the online harassment. And Lenny Pozner believes that there are dire consequences for Noah’s memory if it doesn’t.

“Conspiracy theorists erase the human aspect of history,” he told New York Magazine. “My child — who lived, who was a real person — is basically going to be erased.”