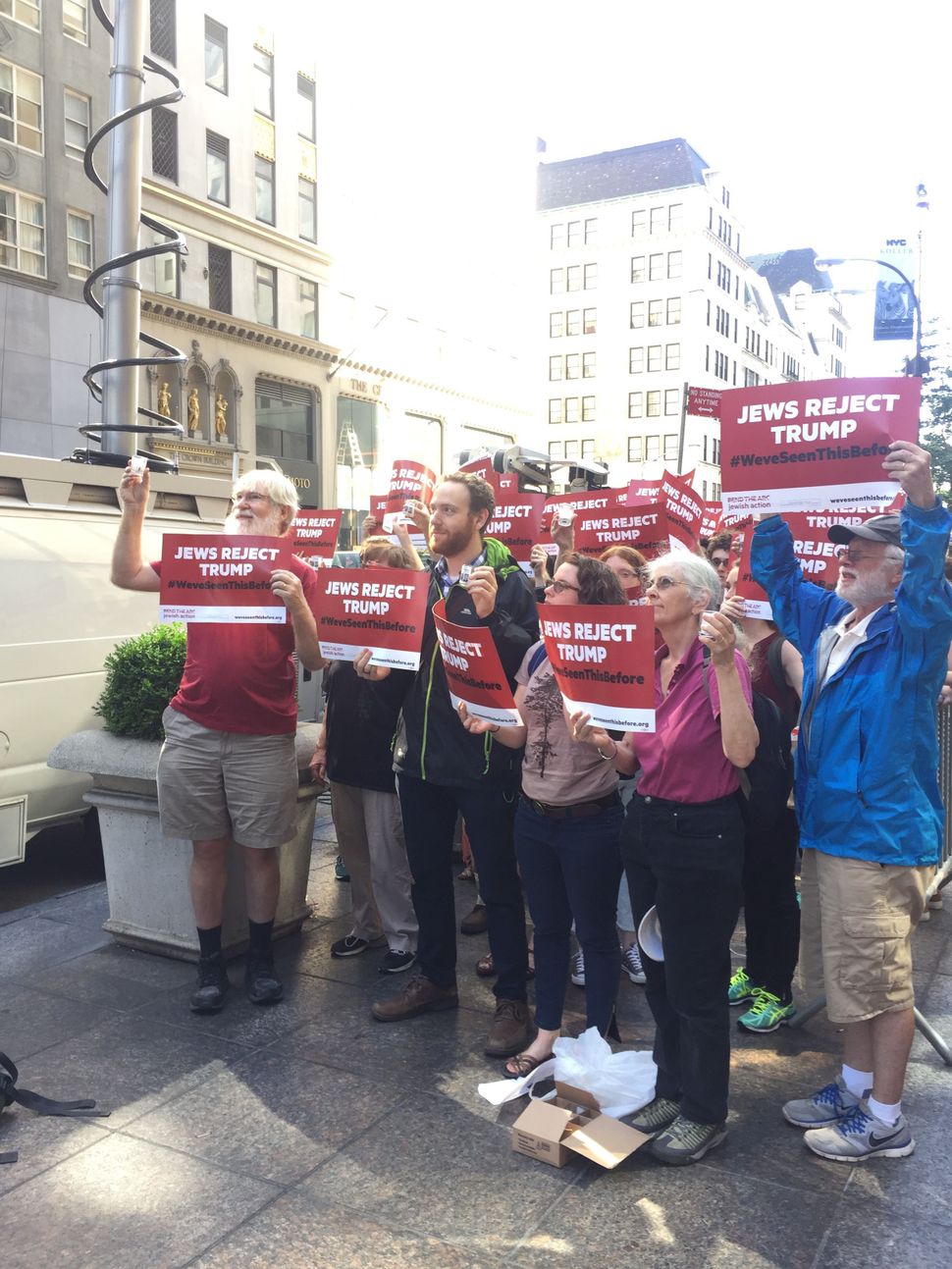 The Republican presidential nominee has continuously collected money from notable figures in the alt-right, including Michael Polignano, editor of a white supremacist, anti-Semitic and anti-immigrant website, Counter-Currents.

Polignano donated $214.12 this election cycle. According to Media Matters, the editor has asserted that “Jews need to leave America.”

Small donations were also made by Peter Brimelow, editor of the alt-right website VDare.com and white nationalist leader William Daniel Johnson. Brimelow gave $4.80. Johnson donated $250 (which was later returned to him by the Trump campaign.)

“We call on the Trump campaign to immediately return these donations and to vocally and forcefully condemn white nationalism,” Stosh Cotler, CEO of Bend the Arc Jewish Action, wrote in a statement released today. “Further, we urge all Americans to stand against Trump’s hateful rhetoric and join us to defeat him in November.”

Cotler pointed to the fact that the campaign has still yet to distance itself from the alt-right, cementing Trump as “the candidate of white supremacy.”

Bend the Arc has been working to bring Jews together against the Republican candidate through its “We’ve Seen This Before” campaign. The group is currently traveling to swing states to mobilize Jews to defeat Trump.

“Our organization will work every day from now until the election to ensure that Trump’s agenda of violence and bigotry is rejected and to advance the Jewish vision of a more just, democratic and inclusive America.” Cotler wrote.