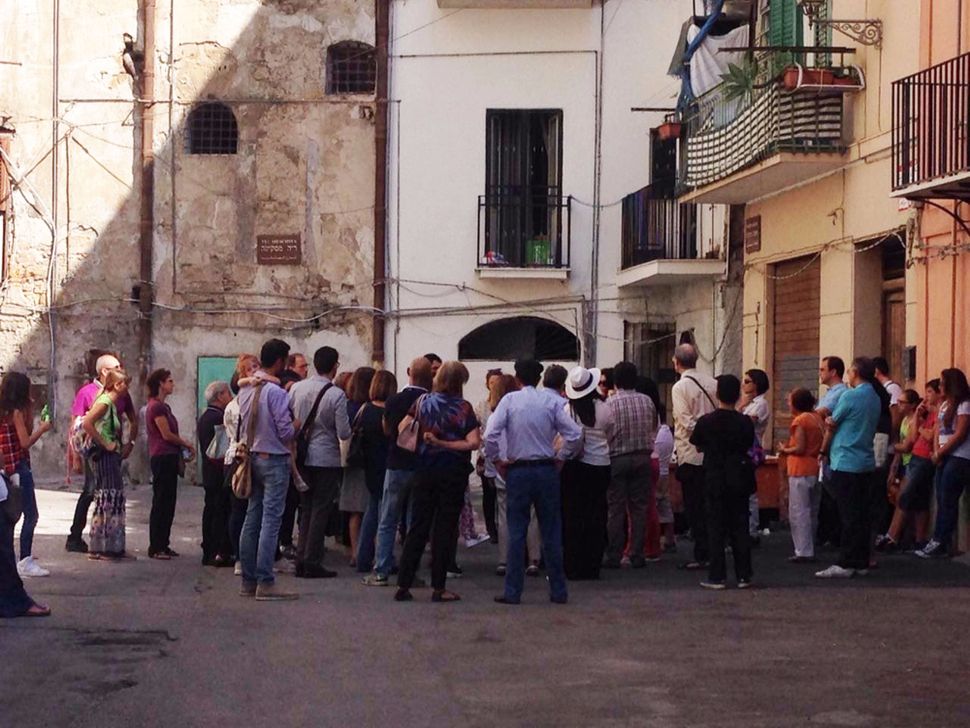 Image by Courtesy of Shavei Israel

More than 300 men and women who identify as descendants of Jews whose families were forced during the Spanish Inquisition gathered in the Sicilian capital of Palermno on Sunday to celebrate their shared bond of Jewish history.

“This celebration of Jewish culture in the heart of Palermo underlines the resilience of the Jewish spirit,” said Michael Freund, chairman of Shavei Israel, an Israeli organization that seeks out “lost” and “hidden” Jews around the world — often also assisting with immigration to Israel.

“Neither the expulsion nor the Inquisition was able to extinguish the eternal Jewish spark,” Freund said.

The crowd gathered for the European Days of Jewish Culture were identified by Shavei Israel as Bnei Anousim, descendants of Jews who were forced to convert to Christianity during the Inquisition, but have preserved some remnant of Jewish identity over the centuries.

With Shavei’s assistance they are reconnecting with what they believe are their Jewish roots.

Shavei was formed in 2002 and is the most high profile and active Jewish group doing outreach to “lost” or “hidden” Jews, individuals or groups who claim distant Jewish roots.

Shavei is not solely focused on immigration and also promote educational programs to bolster Jewish identity —- such as the Palermo event.

The events on Sunday were coordinated by Rabbi Pinhas Punturello, Shavei Israel’s “emissary” to the Bnei Anousim of southern Italy and Sicily.

Other scholars spoke, too. Luciana Pepi, a lecturer at the University of Palermo, led tours of Palermo’s old Jewish neighborhoods. A troupe of actors reenacted Spain’s 1492 Edict of Expulsion, which ordered Sicily’s Jews to leave or convert — causing Sephardic Jews to scatter to Turkey and other parts of Europe and the Arab world.

A growing number of individuals in southern Italy and Sicily have come to identify as Jewish descendants in recent years, according to Shavei Israel.

“We have a responsibility to them and their ancestors to reach out to the Bnei Anousim and welcome them back with open arms,” Freund said in a release.