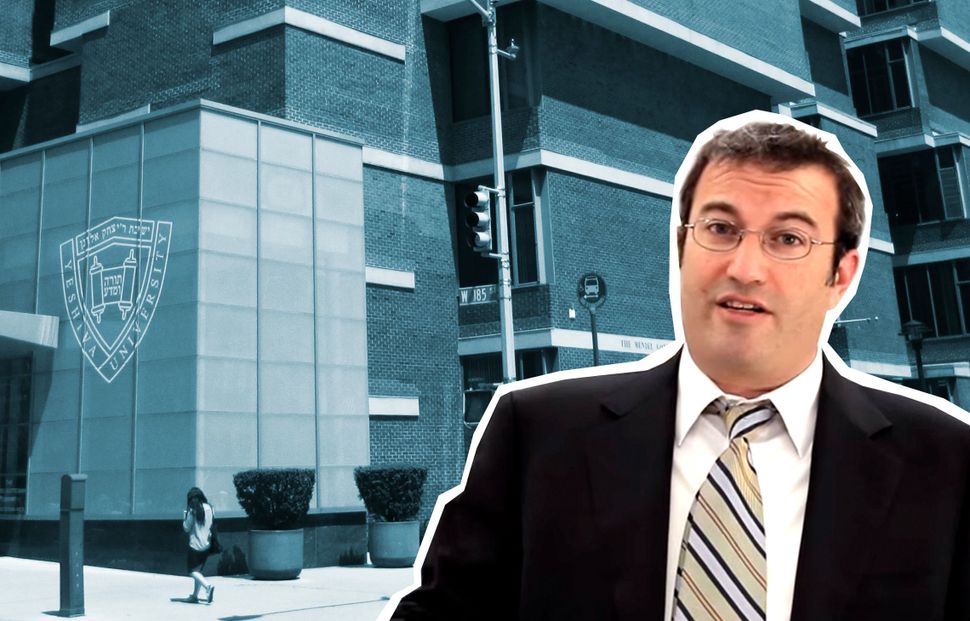 Yeshiva University is holding its breath.

Next week, the 130-year-old institution will meet the rabbi chosen to try to drag it out of its deepening financial morass. The encounter comes as the future of the troubled university remains very much uncertain.

A board committee has picked Rabbi Ari Berman, 47, a former Upper West Side pulpit rabbi, to propose to the university’s trustees as the fifth-ever president of Y.U.

At the meetings next week, faculty members are looking for answers to the big question looming over Y.U.: Will the institution continue its two-decade project of transforming into a major research university? Or have the school’s leaders settled on return to the college’s religious roots as the only way to save the institution at the heart of Modern Orthodoxy?

“A new president is going to direct the university perhaps in one direction or the other,” said one Y.U. professor, who asked not to be named because of the internal nature of the conversations. “More towards the yeshiva [or] more towards the academic side? That’s been the ongoing question.”

Amid the intense secrecy around Berman’s nomination, it’s as yet unclear which way he will lean. But clues in Berman’s biography, and an external analysis by a credit ratings agency, suggest that the university’s leaders may have already chosen to return to the school’s religious core.

In an opinion issued in February, the credit rating service Moody’s wrote that, beginning in the current fiscal year: “Yeshiva will be a predominately undergraduate university with a niche market in serving the Orthodox Jewish students.”

The university leadership has made no such public pronouncement. Whether they agree with the Moody’s analysts is the hidden subtext of Berman’s selection.

“He’s extraordinarily articulate in his vision of the university,” said Stephen Joel Trachtenberg, the former George Washington University president who was hired as a consultant to assist with the search. Trachtenberg wouldn’t say what that vision is.

Eight years into the university’s financial crisis, Y.U.’s financial problems give no sign of abating. Two years ago, the school lost $83 million. Last year it lost another $84 million. And six months ago Moody’s reported that it expects the school’s financial condition to continue to deteriorate.

Richard Joel, the school’s current president, sought to boost Y.U.’s academic reputation, improving the educational standards of the undergraduate programs and boosting the research capacity of its professional schools. Yet with Joel’s tenure ending in economic disarray, it’s unclear whether the school can still afford to strive to be a world-class university.

In desperation, Y.U. has sloughed off its medical school, sold nearly a dozen buildings and sought to tamp down employment costs.

Soon, the trustees now guiding the university, including Berman’s uncle, the influential communal leader Julius Berman, will vote on the nominating committee’s selection. Before they do, however, Ari Berman must run the gauntlet of a university faculty that is, at turns, despondent, hopeful and uncertain about his qualifications.

“We’re looking forward to these conversations,” said Julie Suk, a professor at Y.U.’s Benjamin N. Cardozo School of Law. “We think there are many challenges that will face the new president.”

So far, there is almost complete secrecy around Berman’s nomination. Berman remains an enigma on Y.U.’s campuses. A holder of four separate Y.U. degrees, he has lived in Israel since 2008. On September 12, the Jewish Telegraphic Agency scooped the school’s own press office in making Berman’s name public. So far, all the university has provided about the nomination is a letter from the board’s chairman, Moshael Straus with a bare-bones biography of Berman.

Berman, to all appearances, is the epitome of elite Modern Orthodoxy. A Y.U. lifer, he attended the school’s high school for boys, its undergraduate men’s college, its rabbinical seminary and its graduate school of Jewish studies. The pulpit he occupied in the late 1990s and early 2000s in New York City, at The Jewish Center, is the old pulpit of Rabbi Norman Lamm, Y.U.’s president from 1976 to 2003.

Like many leaders of Modern Orthodox institutions, he has close family ties to others in the Modern Orthodox aristocracy. According to The Jewish Link of New Jersey and Y.U.’s student newspaper, The Commentator,, Berman is the nephew of Julius Berman, one of the most powerful lay leaders in the American Jewish community. Julius Berman is a member of the board of trustees of Y.U., a former chair of the Conference on Jewish Material Claims Against Germany, the group charged with distributing billions in Holocaust restitution funds, and a past chairman of the Conference of Presidents of Major American Jewish Organizations.

Ari Berman has had a much lower profile. In Israel, he received a doctorate at The Hebrew University, studying under the Israeli intellectual Moshe Halbertal. Berman currently works as the leader of Hechal Shlomo, a Jewish heritage center in Jerusalem that contains a museum and a historic synagogue and hosts cultural events. He is also a teacher and leader at Herzog College in Israel, a teachers college in a West Bank settlement of Alon Shvut. According to the Jewish Link, Berman has lived with his wife and children in Neve Daniel, another West Bank settlement, home to a community of American immigrants.

Notably absent from his résumé is any leadership position in an institution the scale of Y.U.

“I wouldn’t question his scholarship or his sensitivity in human relations,” said Rabbi Moshe Tendler, a professor at Yeshiva College and rosh yeshiva, or dean, of Y.U.’s rabbinical school. “The question is, administrative skills. Yeshiva is a world unto itself.”

A lengthy article in The Commentator was highly skeptical of Berman’s qualifications.

Y.U. declined to answer questions about the selection of Berman or to make him available for comment.

Still, Trachtenberg said he thought that the committee had found its man. “He was clearly sufficiently imbued with Modern Orthodoxy,” he said. “At the same time, he was sufficiently secular, having earned a Ph.D. and been in the world.”

A JTA report characterized Berman as having stayed above the fray of the intramural ideological wars within Modern Orthodoxy. Such a tendency was on display in a 1998 article by Berman in the official organ of the Orthodox Union, Jewish Action magazine, resurfaced this week in the widely read Orthodox blog Emes Ve-Emunah. In the 2-decades-old article, written while he was at The Jewish Center, Berman advocates solidarity between the Modern Orthodox and the ultra-Orthodox. “The more we emphasize this for ourselves and develop intra-Orthodox programs that focus on our common bond of Torah and mitzvot, the more likely it will be that we can develop into one united community,” Berman wrote.

If he is selected by the board to succeed Joel at the end of Joel’s term, Berman will be taking on leadership of an institution in deep financial crisis. Last February, Moody’s affirmed its B3 rating of Y.U. debt, meaning that the school’s bonds are “considered speculative” and “subject to high credit risk.” In addition, Moody’s determined that the outlook for the institution was negative, meaning that the agency expects Y.U.’s ratings to continue to fall.

The rating came just a month after the finalization of new financial statements by the university’s auditors, which confirmed that Y.U. had lost $84.6 million in 2015 after losing $83.1 million in 2014. The auditors reported, at the time, that management “believes that the University will have sufficient liquidity to meet its ongoing obligations” until the end of the 2016 fiscal year.

Moody’s, however, saw warning signs, reporting that the school would run out of cash fast if it had trouble offloading additional real estate.

“Ongoing transition and financial stress will continue to dominate Yeshiva’s leadership’s time and attention,” the assessors wrote. “Institutional change on this scale is difficult and time consuming, and may require Yeshiva to enhance its liquidity through monetization of certain assets, which is being considered.” The current financial calamity dates to 2008, when the university had $105 million invested with Ponzi schemer Bernard Madoff, who was chairman of Y.U.’s business school. Y.U. funds were invested with Madoff through J. Ezra Merkin, at the time a Y.U. trustee and a member of the university’s investment committee.

The university was later shaken by a Forward investigation of allegations of sexual abuse in the 1970s and ’80s at Y.U.’s high school for boys.

Last year, Y.U. handed off its medical school, the Albert Einstein College of Medicine, to Montefiore Health System. As part of the transaction, the school gave away half of its $1 billion endowment. Administrators hope that the loss of the medical school will help right the university’s financial ship.

Faculty, meanwhile, are waiting and watching. Some are hopeful. One professor at Cardozo, Stewart Sterk, told the Forward that, at the law school, things are looking up. “The assumption is that, especially with a new president, the university will come in and clean its house, and everything that needs to be done is done,” Sterk said.

Yet in the undergraduate colleges, some anxiety persists. “From a faculty point of view, we’re an organization in crisis,” said one Stern College professor, who asked not to be named for privacy reasons. “We have not had an across the board raise of any kind since 2008.”