Why This Former Anti-Semite From Hungary Is Moving to Israel 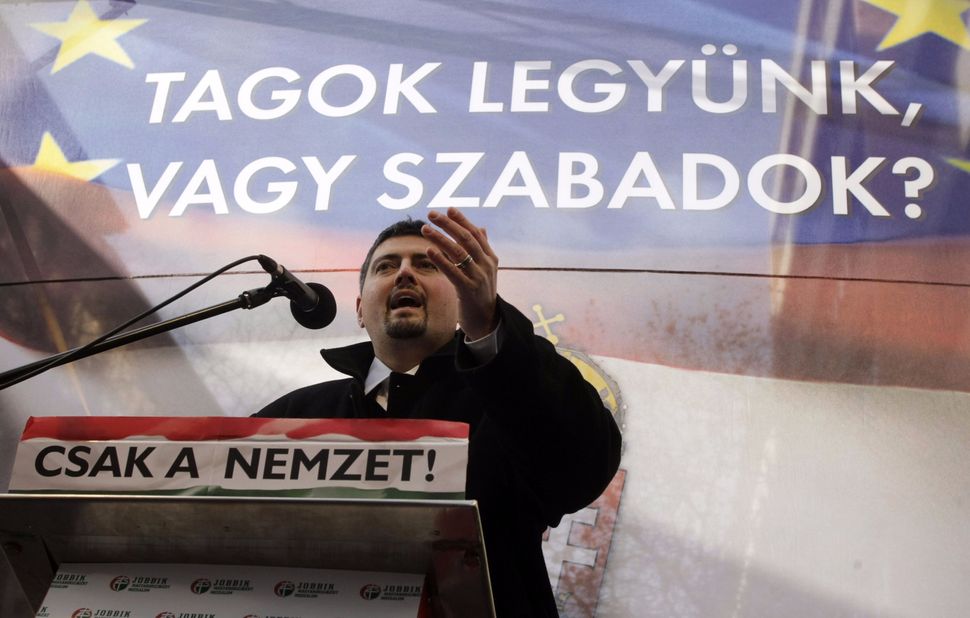 A former lawmaker for the far-right Jobbik party in Hungary, who stepped down when he discovered his own Jewish roots, is now immigrating to Israel.

In an interview with the Hebrew website Ma’ariv, Csanad Szegedi said he wants to parter with Israeli groups to coordinate in the fight against the type of anti-Semitism he once championed.

In an English translation of the interview, appearing in the Jerusalem Post, Szegedi said he wasn’t worried about his safety moving to Israel and hoped to live in Jerusalem.

Szegedi, who was a founding member of an extremist group inspired by the Nazi-collaborating Hungarian Fascist Arrow Guard, said, “There are many more positive elements than negative elements in being a Jew, and the biggest gift for any Jew is the existence of the State of Israel.”

As a young politician, Szegedi rose quickly in the ranks of the Jobbik party and even served as the party’s European Parliament representative and vice president. Tablet Magazine called him “one of the most prominent anti-Semites in Hungary and one of the most compelling voices on the European extreme right.”

But in 2012, Szegedi discovered — and revealed to the world — his own Jewish roots. His maternal grandparents were Jews, his mother an Auschwitz survivor and and his grandfather a prisoner at forced-labor camps.

Szegedi learned about Judaism and took on some religious observances. He also visited Israel a number of times — and over the weekend revealed he had begun the immigration process.

In his Maariv interview, Szegedi mulled the possibility of re-entering politics in Israel.

“I have a lot of years of experience in politics,” he said, “and I would be happy to contribute my experience to Zionist organizations in Israel as well.”

Why This Former Anti-Semite From Hungary Is Moving to Israel