A Jewish Exodus from France? Not So Fast 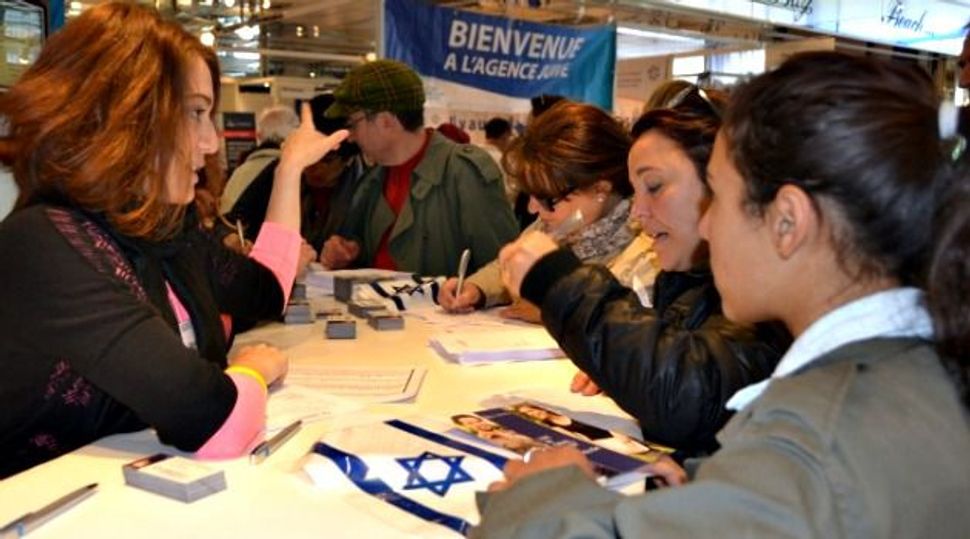 After a wave of terror attacks, and a spike in anti-Semitic hate-crimes, French Jews were said to be fleeing en masse for Israel. But figures released this week by the Jewish People’s Policy Institute indicate the exodus isn’t exactly what it’s cracked up to be. According to the research organization, 5,000 French Jews will make aliyah by year’s end, a 40 percent fall off the 2015 peak of 8,000 and a decline from the 2013 and 2014 rates of about 7,000. In a report submitted to the government, the group attributed the drop to the difficulties new immigrants face in finding work.

Much to the consternation of Zionist leaders, France’s Jews have remained in Europe long after the Holocaust, their ranks swelled to a half-million by immigrants from North Africa. The community today constitutes the largest Jewish population in Europe, and the third-largest in the world. But anti-Semitism, and violence associated with it, has been on the rise. According to historian Deborah Lipstadt, violations against Jews amount to half of the country’s hate-crimes, with 95 percent of them committed by members of France’s burgeoning Muslim community.

That’s led to a media narrative, and numbers to back it, about record numbers of French Jews packing their bags for Israel. Those fears, fanned initially by the Second Intifada, re-emerged four years ago with a massacre at a Jewish day-school in Toulouse and the more recent assault on a kosher butcher-shop in Paris. As the novelist Michel Houllebecq told the Le Figaro newspaper last summer, “There’s a love story between the Jews and France. But it’s a disappointed love at this time, and that’s incredible given the fact that not even the Vichy regime [the war-time, Nazi puppet state] could shake this affection.”

Despite the buzz, the French immigration story is more complex than it appears. Le Monde ran a feature this August on French Jews returning home after leaving, citing reasons of economics, nostalgia, and obstacles in assimilating. The Jewish Agency, the Israeli government organization that tracks immigration, doesn’t keep numbers for this population, so it’s hard to know how many French immigrants stay. There’s also a phenomenon known as “Boeing Aliyah,” in which French Jews receive Israeli citizenship, living in the Jewish state on the weekends but continuing to work in France.

And whatever the troubles, there are many who could never leave the land of their birth. “If we depart, they’ll have won,” remarked Simone Rodan-Benzaquen, in an interview with Le Figaro on anti-Semitism. “France is a laboratory. Here’s the largest Jewish community in Europe, where the Holocaust occurred, where we grapple with the colonial past. If the Jews leave France, that will send a message to the entire world.”

A Jewish Exodus from France? Not So Fast