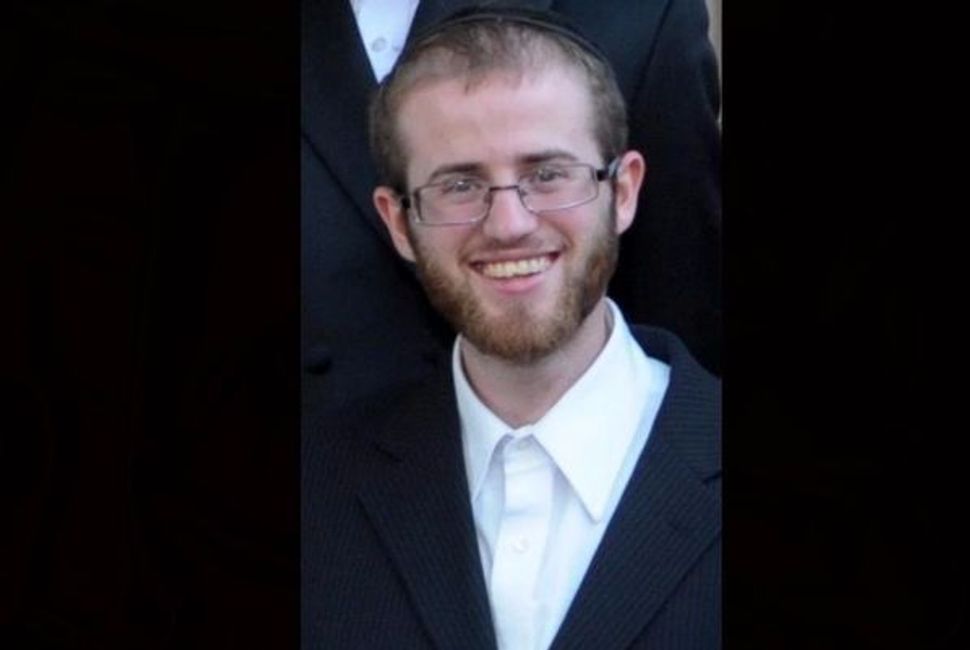 Twenty-seven-year-old Jonah Berele died in Lake Michigan recently under unclear circumstances, abruptly ending the life of a local Orthodox Jew who began life as Sarah Berele — and who, from there, as his family and friends put it, went on to exemplify a generosity and compassion that he did not always find in his own community.

Berele, who died on September 25, was in the company of Daniel, a boy with severe communication and learning disabilities who he hoped would become his foster son, according to the Chicago news website DNAInfo, which reported in detail on his death. Every Sunday, the two would visit Loyola Beach in the Rogers Park neighborhood on the city’s far north side, not far from where Berele had recently purchased a condo where he hoped they would live together.

It is unclear how Berele died, and police have not ruled out an accident or suicide or even foul play. Daniel was found wandering near the beach dry and fully dressed, carrying Jonah’s backpack.

Berele was found in the lake by a kayaker, who brought him to the shore and began performing CPR. About an hour later, doctors at Saint Francis Hospital in nearby Evanston pronounced Berele dead.

An autopsy the next day could not identify the cause of death. The Chicago police are still investigating and told the Forward that there was no update on the case Friday.

Berele is remembered by the members of his community as a kind and compassionate young man, generous with his time. He tutored children at the local library and volunteered at Friedman Place, an assisted living facility for blind people, where he’d recently been promoted to a supervisory position. “He didn’t turn away from anybody,” his mother, Miriam, told DNAInfo. “[He] made people feel the best about themselves.”

The encouragement and acceptance Berele offered to the people he met as an adult contrasted with his childhood in Chicago’s culturally conservative Orthodox community. From an early age, Berele, who had been born a girl and named Sarah by his parents, felt he was living in the wrong body. A diagnosis of diabetes when he was 17 helped him come to terms with being transgender; soon afterward, he started taking hormones.

“I hated that she did it,” Berele’s father, Allan, a math professor at DePaul University, said. “But I have to admit that after she did it, it made her a much happier person. It was very important to her. There’s absolutely no question.” Berele chose the new name Jonah, his mother explained, because, in many parts of the world, it’s gender-neutral.

During and after his transition, Berele found more rejection than acceptance from the community where he grew up. “The Orthodox community in this neighborhood [West Rogers Park] is not liberal, it is much more interested in conforming than developing a viable philosophy,” his mother said. “I believe that Jonah felt as a person, and as a representative of certain ideas, that there was a lot of rejection coming out of the Orthodox community… . Jonah didn’t compromise values.”

As an adult, Berele attended an egalitarian, Conservative minyan in West Rogers Park with his mother where he felt more comfortable.

When his father went to identify the body, he said that Jonah appeared at peace.

“Until his final breath,” said a friend, Kate Kinzer, “he gave himself to others and shared his gifts with all his heart and soul.”