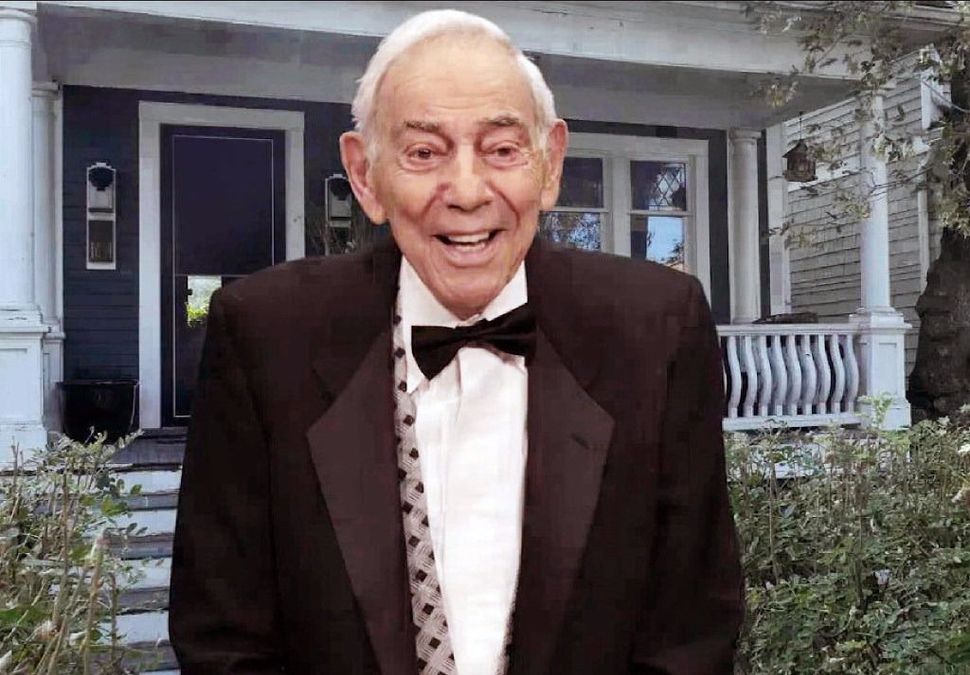 Herschell Gordon Lewis, the film director and producer celebrated as the Godfather of Gore, died September 26 at his home in Pompano, Florida. He was 90 years old.

Lewis was born in Pittsburgh and grew up in Chicago, where he earned his bachelors and masters degrees in journalism at Northwestern University. After brief stints teaching communications at Mississippi State College (now University) and managing a radio station in Oklahoma City, he returned to Chicago and began working in advertising as a copywriter and director of television commercials.

In 1959, Lewis invested in Mid-Continent Films, a low-budget studio in Chicago. At first he intended to contribute only as a producer. But he was displeased with the director of Mid-Continent’s first feature, “The Prime Time.” “He was very good at lighting beer cans and that kind of nonsense, but directing actors was a little bit beyond him,” Lewis recalled in the 2010 documentary “Herschell Gordon Lewis: The Godfather of Gore.” So he took over directing duties himself.

After “The Prime Time,” Lewis teamed up with David F. Friedman, and, taking advantage of a new ruling that nudity without sex did not constitute obscenity, the pair began making nudie-cutie movies with titles like “Boin-n-g!” that featured naked young women engaging in wholesome activities. By 1963, they’d grown tired of nudie pictures and began looking for new creative outlets, inspired by the word “gore” because film industry had no regulations against gore at the time.

The result was “Blood Feast,” made in four days for $24,500 and marketed with the slogan “Nothing so appalling in the annals of horror!” The New York Times described its plot thus: “the story of a caterer, Fuad Ramses, who harvests the body parts of virgin victims to prepare an elaborate ritual meal in honor of the goddess Ishtar, represented by a department-store mannequin spray-painted gold.” The trailer warned small children and anyone with a heart condition to leave the theater immediately.

Lewis made no pretensions to greatness. The blood in the film was obviously fake. The reviews were universally terrible. But it was a hit: when Lewis drove from Chicago to Peoria, where it was playing at a drive-in, he found cars lined up along the road for half a mile.

The Lewis and Friedman partnership dissolved in 1965, but throughout the late 1960’s Lewis continued to make mostly horror movies, though he also dabbled in hillbilly adventure, children’s films, and exploitation flicks with titles like “She-Devils on Wheels” and “The Girl, the Body, and the Pill.”

Perhaps his greatest triumph, though, was knowing when to quit. In 1972, after the release of “The Gore Gore Girls,” Lewis retired. Three years later, he returned to his advertising roots and started his own direct-mail agency, Communicomp. Like Mid-Continent Films, it was a successful enterprise.

Among the filmmakers influenced by Lewis were John Waters, Wes Craven, and Quentin Tarantino. The production manager James Dennett, who began his lengthy career working for Lewis, recalled in “The Godfather of Gore” how Lewis punched out the head of the Chicago stagehands’ union for calling him a “Jew bastard.”

Lewis briefly returned to filmmaking in 2002 with “Blood Feast 2: All U Can Eat,” but most of his creative output in his later years was books about advertising and marketing. He lived long enough to see his work appreciated by a new generation of horror fans.

“I’ve often compared ‘Blood Feast’ to a Walt Whitman poem,” he said in “The Godfather of Gore.” “It was no good, but it was the first of its kind.”