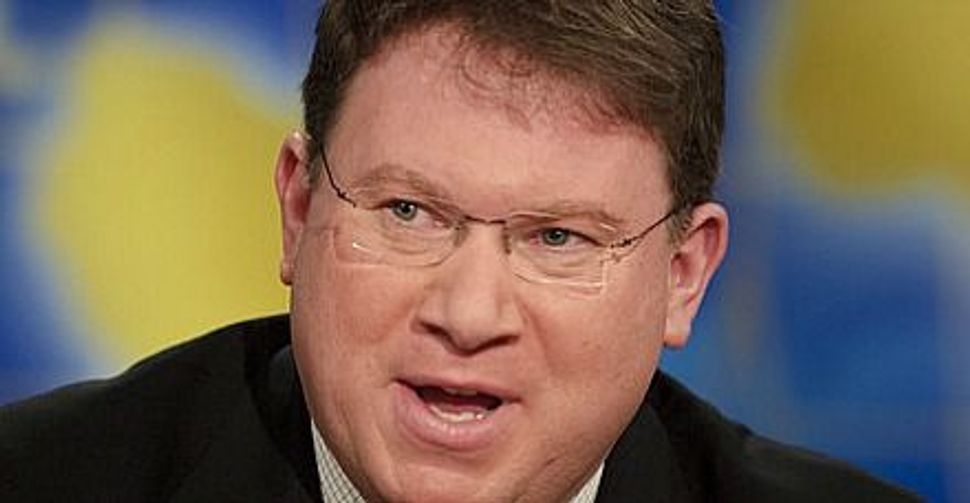 Jeffrey Goldberg, the prominent columnist known for his foreign policy writings and liberal Zionist commitments, was on October 11 named as the editor-in-chief of the Atlantic, a magazine reputed for its highbrow coverage of news and culture.

“It’s certainly true that this was not in my plan for 2016,” he said in a Monday interview with The New York Times. “It started coming up in conversation a couple of months after James left, and I had to take it seriously,” he continued, referring to his predecessor James Bennet.

For Goldberg, who once worked for The Forward, the appointment caps a storied career in journalism. Born in New York City, he moved to the Middle East and served as a prison guard during the First Intifada, after he graduated from the University of Pennsylvania. He recounted those experiences in his 2006 memoir, “Prisoners: A Muslim and a Jew Across the Middle East Divide.”

After returning home, he started as a reporter for The Washington Post, eventually writing for The New Yorker, The New York Times Magazine, and the Forward, among other publications. He joined the Atlantic as a columnist in 2007, and since has gotten recognition for his interviews with leaders such as President Barack Obama, writings on foreign affairs, and promotion of supportive, but critical views on Israel. In 2014, he notably accompanied Ari Shavit on his book tour for “My Promised Land,” a liberal Zionist cri de coeur.

The Atlantic had been searching for a new editor-in-chief since April, when Bennet left. “It is fair to say that, together, we met a great deal of the nation’s top editorial talent,” wrote David Bradley, chairman of the Atlantic Media Group, in a letter to workers. “But, at least for us, Jeff is something set apart.”