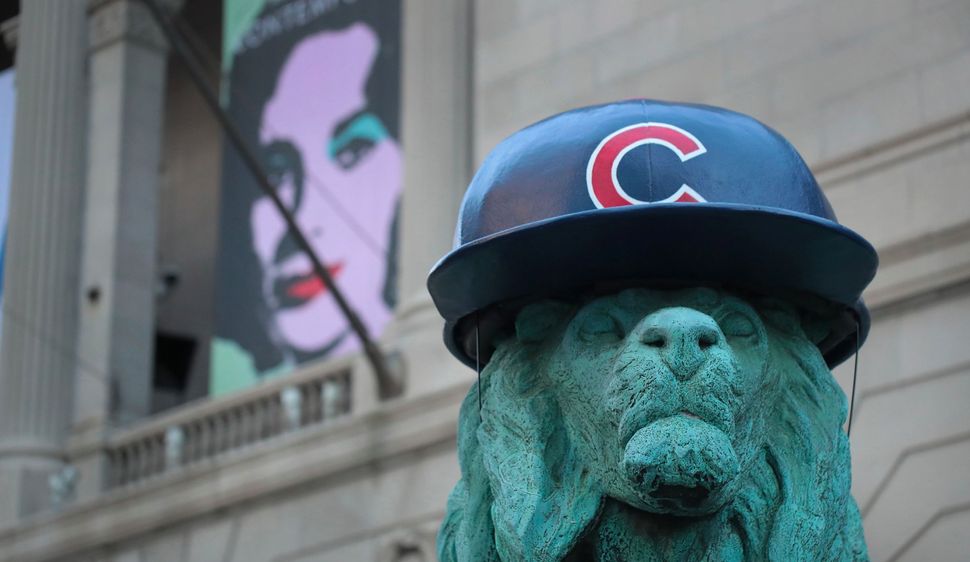 — Conservative rabbis in Cleveland and Chicago have placed a friendly wager on the World Series.

The rabbi in the losing city will travel to the synagogue in the winning city to engage in a debate on the Jewish significance of baseball.

The Cleveland Indians and the Chicago Cubs will meet Tuesday night in Cleveland in Game One of the World Series.

“We’re just looking for a way to have a little bit of fun with the World Series and to connect our congregations and engage our people in a little Jewish learning at the same time,” Weiss told the Cleveland Jewish News.

“Certainly, a very historic Series for both cities and hopefully a lot of fun for both synagogues,” he said.

Weiss and Siegal have been longtime friends, and have been involved in projects together through the Rabbinical Assembly and United Synagogue of Conservative Judaism, according to the newspaper.

In an interesting turnabout, Siegal grew up in B’nai Jeshurun, and Weiss served as associate rabbi of an Atlanta synagogue in 1995 when the Braves beat the Indians in the World Series and the rabbi of B’nai Jeshurun traveled to that synagogue to debate the significance of Jews in baseball.