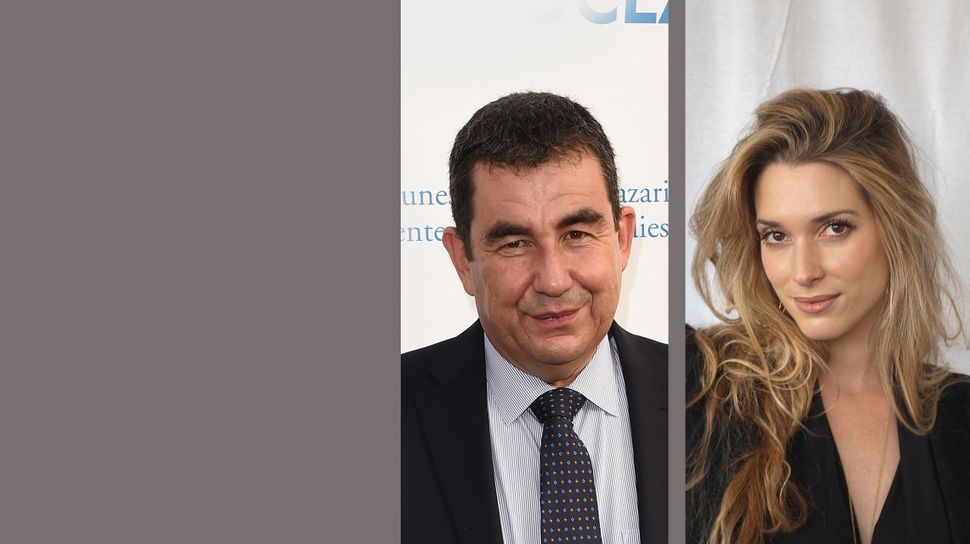 Hillel International, the Jewish student campus organization, has suspended Ari Shavit’s campus tour on Friday after the leading Israeli author was accused of sexually assaulting a young journalist during an interview.

“In light of recent circumstances, and in keeping with our strong position against sexual assault, Hillel International has suspended Ari Shavit’s campus tour,” wrote Hillel President and CEO Eric Fingerhut in a statement on Hillel’s Facebook page.

“Hillel International is not aware of any allegation of sexual assault made against Mr. Shavit during his Hillel visits.”

Shavit confirmed Thursday that he is the writer accused of sexual misconduct by American journalist Danielle Berrin, but that she misunderstood his intentions.

In a statement published in Ha’aretz, an Israeli liberal daily where Shavit is a senior columnist, he said: “In February 2014 I met Ms. Danielle Berrin in Los Angeles for a conversation. Today I understand, regretfully, that I completely misinterpreted the interaction we had in that meeting.”

Until reading Berrin’s article this week, Shavit wrote, he felt “that we had a friendly meeting, which included elements of courtship.”

“I never thought for a moment that it was sexual harassment, but what I saw as courting, Ms. Berrin saw as inappropriate and harassing behavior on my behalf.”

In his statement Shavit expressed his “deeply felt apology for this misunderstanding” saying that he respects every person and every woman and despises acts of sexual harassment. “I did not mean to do anything that was unacceptable in the eyes of Ms. Berrin and I certainly had no intention to cause her discomfort or to hurt her feelings,” Shavit concluded.

Berrin, who did not name Shavit in her article, described his actions not as harassment but as sexual assault. She wrote that he “lurched at me like a barnyard animal, grabbing the back of my head, pulling me toward him.”

Here’s my story. What’s yours? #reclaimpower because this is every woman’s story: https://t.co/Qhkfdi27Nk

Berrin met Shavit for an interview in a Los Angeles hotel to talk about his book “My Promised Land.” But Shavit had a different idea about their meeting, peppering her with deeply personal questions as soon as the two sat down together. Shavit continued to “pull and paw” at her body after she had told him no. He even suggested that Berrin become his “mistress” during his United States travel, she wrote.

Shavit invited Berrin to his hotel room for a “hug,” promising the young journalist who had come to interview him “we don’t have to have sex.” Berrin refused, noting that she felt unsafe in the hotel lobby where they were standing, even though it was full of other people.

Ha’aretz did not say whether it would take any action against Shavit.

Israeli TV’s Channel 10, where Shavit appears as a regular commentator, said it will consider Shavit’s future once the details of the event become clearer.

Shavit is a regular paid speaker for many Jewish American organizations and has been touring U.S. college campuses. He bestselling book “My Promised Land” came out in the United States in 2013. It garnered him a large following in American Jewish liberal circles for its critical yet still Zionist perspective on Israel.

Shavit is married to filmmaker Timna Rosenheimer and is the father of two sons and a daughter. He lives in Kfar Shmaryahu, a wealthy Tel Aviv suburb.

Berrin wrote that she decided to come forward with her story in light of sexual assault allegations against Donald Trump. Since the release of the 2005 Access Hollywood tape in which Trump bragged about grabbing and kissing women against their will, 12 women have come forward with sexual assault allegations against Trump. The Republican presidential nominee has denied their claims.

The Trump tape has sparked a national outpouring by women who have come forward, many for the first time, to talk about being sexually assaulted. Author Kelly Oxford asked women to share their first sexual assaults on Twitter, and received at one point 50 replies per minute.

At the end of her piece on Shavit, Berrin urged more women to share their stories with the hashtag #reclaimpower.