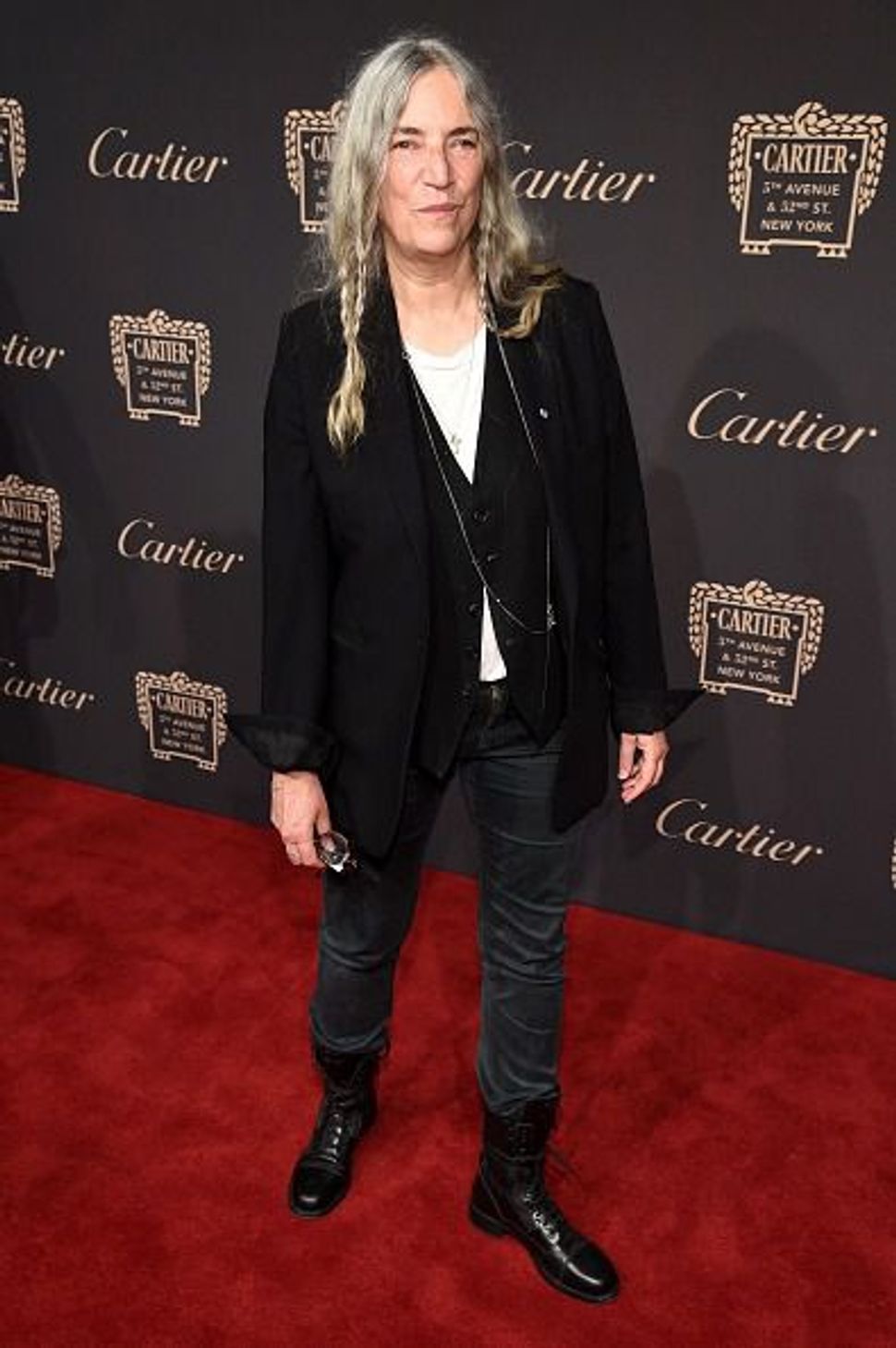 Health has been an issue in this presidential election, with Donald Trump accusing Hillary Clinton of lacking the physical stamina to lead the nation.

Punk rocker Patti Smith has a message to her Jewish fans — don’t believe the Donald’s hype.

“I have a chronic cough. If I have a coughing spell… don’t think I got something that you’ll catch,” she said, in an event at Park Slope’s Beth Elohim synagogue. “I am perfectly fit to govern the United States of America,” she added.

It was a clear reference to the controversy over Clinton’s health that emerged in September, when after a bad hacking episode, she was diagnosed with pneumonia. Trump cited her short term illness as evidence that she was not healthy enough to be president.

At the synagogue event, Smith read passages from her new book “M Train” — a memoir of her adventures and misadventures through the decades — and sang classics like “Pale Blue Eyes” and “Because the Night.”

She also spoke about her deep affection for Lou Reed, the Velvet Underground frontman who died three years ago.

“I had just seen him two weeks before in Omen, a favorite restaurant that serves Kyoto-style food,” she recalled, adding that she told him she loved him at that encounter.

Smith gained icon status in the ‘70’s, as part of a group of bohemians including Reed, who launched the punk rock style. She created her own ensemble, the Patti Smith Group. Later, she wrote a number of memoirs chronicling those experiences. She lives in the Rockaway section of Queens.