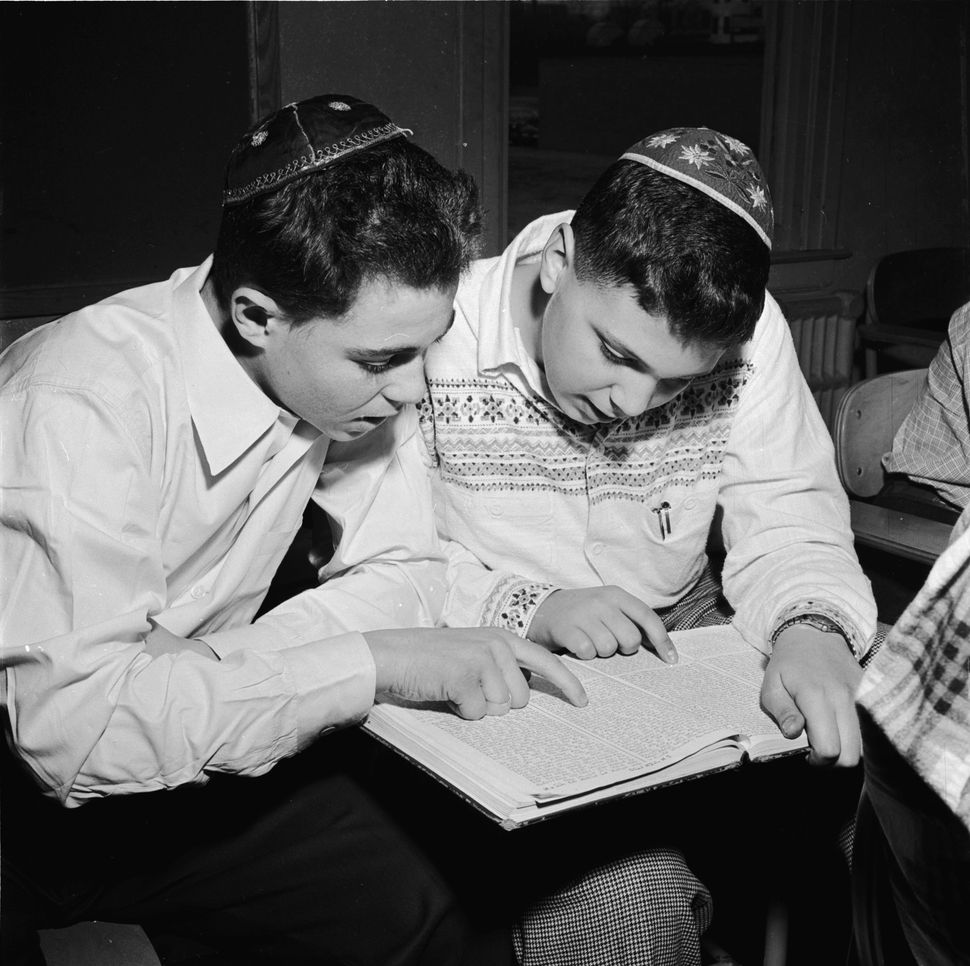 This election has taken a toll on everyone. Each week seems to bring new revelations and scandals. Stressful, yes. Scary? Maybe. And taxing on our spiritual lives? Gary Shaffer worried that was the case. Shaffer leads weekly classes in Mussar, a 19th century Jewish spiritual practice focused on ethics at one of Brooklyn’s largest Reform synagogues. Mussar has seen a dramatic revival and popularization in recent years, and he knew it could benefit his students as Election Day drew nearer.

In Mussar, students study ethical characteristics, middot in Hebrew, such as patience, truth and humility.

“Let’s talk about Donald Trump,” he told his night class of around 20 one night in September, “and what it means to take up too much space or too little space.”

At a time when many feel politics — and both of our presidential candidates — are ethically bankrupt, some have turned to an updated version of the Jewish teaching of Mussar, including many who struggled to find a connection to Judaism.

“We are in a cultural moment where lots of people are puzzled,” said Jonathan Sarna, a Brandeis professor of American Jewish history. “In the current environment, where normal ethics seem to be so challenged, it is not surprising that people are rediscovering the importance of ethical teachings and ethical behavior.”

Though grounded in a more austere Jewish orthodoxy, Mussar has taken off in more liberal denominations of Judaism. Jews from the Reform, Conservative movements can all be found studying Mussar. The discipline is included in curriculum at the Reconstructionist rabbinical academy. Mussar is even popular with non-Jews.

Mussar emphasizes self-mastery and emotional control. The word means “discipline.” Its adherents see these virtues as undervalued in a popular culture dominated by outsize characters.

“Mussar really was designed to take people like Donald Trump and cut them down to size,” said Sarna, “and say, ‘No, you’re not the greatest.’”

In this way, Mussar is a kind of countercultural movement — going against what practitioners see as a culture of self-involvement. 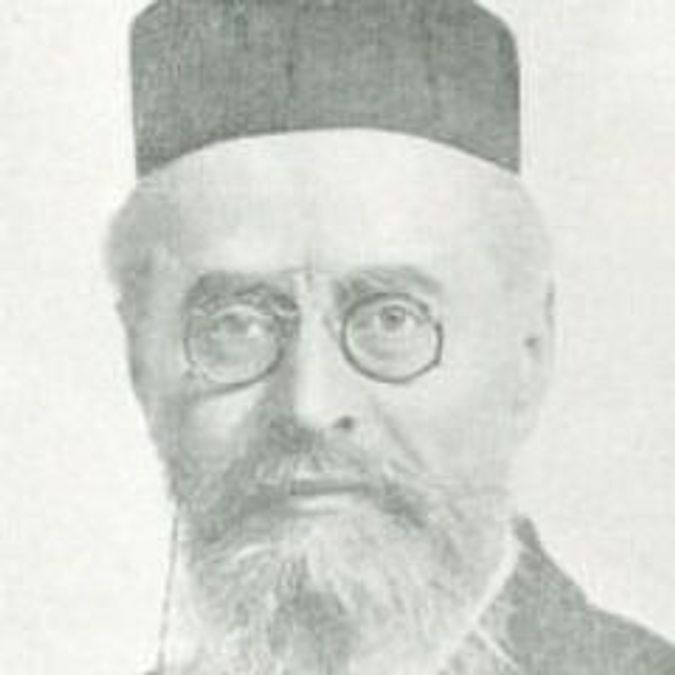 Israel Salanter is considered the father of the 19th century Mussar movement.

Origins: The importance of ‘character education’

Mussar can be traced back to at least the 10th century, but it was in the 19th century when Mussar formalized as a spiritual movement in Lithuania. Even then, it was somewhat countercultural. The movement’s leader, Rabbi Israel Salanter, argued that the intellectual study of rabbinic texts was important, but that a deeper “character education” was also needed.

Salanter argued that conventional study should be supplemented with other practices discipline wayward appetites and emotions. The movement saw moral development as a kind of labor — constant introspection and focus on one’s character traits. Salanter thought that meditation, visualization and journaling should have a place in Jewish study.

Many of the followers of Mussar perished in the Holocaust. The practice survived in somewhat insular Orthodox circles, but has experienced a popular revival in recent years.

Revival: ‘A spiritual obstacle is lifted’

Stone, a congregational rabbi in Philadelphia, is the director of Mussar Leadership, a program that guides groups and individuals in Mussar practice. In addition to authoring influential books — A Responsible Life, for one — Stone proposed that Conservative Judaism take on Mussar as a core practice.

Morinis is a former film producer and anthropologist of religion — he previously studied Hindu pilgrimages — and helms the Mussar Institute. The Mussar Institute offers online instruction in Mussar and organizes groups of Mussar across the continent. Morinis, with his media savvy, is perhaps the most public face of the Mussar resurgence.

“When the impatient person become patient, the harsh person masters kindness or the lazy one becomes energetic, then a spiritual obstacle is lifted,” Morinis writes in Every Day, Holy Day. “How does this transformation take place? By way of practice.”

It’s meant to be very accessible, especially to the religious unaffiliated.

Greg Marcus, another Mussar writer and student of Morinis, writes that though many American Jews don’t speak any Hebrew, they can still study Mussar. “Whatever your level of Jewish observance, you’ll find that American Mussar complements and enriches your current practice,” Marcus writes on his own website, where course materials are available for download.

Clearly, the current Mussar incarnation is very different than the 19th century version — tailored for today’s age, appealing to generations of Americans who were raised in the age of self-help literature.

“Part of being spiritual is conducting oneself in an ethical way,” said Barry Horowitz, who leads a weekly Mussar class at a Jewish Community Center in Palm Beach Gardens, Florida. “It’s not therapy but we do talk about real life issues and through the lens of the middah.”

For example, someone might talk about how frustrated they were at their desk job or how they felt their temper boil while sitting in traffic.

Horowitz asks students to analyze their behavior through one of the Mussar “soul traits.” The class will read through Mussar readings — contemporary or 19th century — and then break up into discussion.

“We look at these teachings and think about how they might be applicable to our lives,” said Horowitz.

The class might also spend time visualizing one of these traits. When reflecting on patience, for example, the class might imagine grains of sand falling through an hourglass. 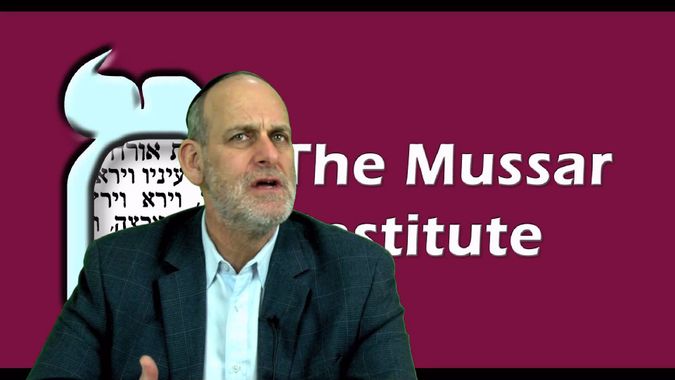 Alan Morinis of the Mussar Institute is one of the main figures behind the 21st revival of Mussar.

Shaffer said that, before finding Mussar, many of his students had an ambivalent relationship with Judaism.

“On the one hand there was a general cultural connection, but what does that mean exactly?” Shaffer said. “The cultural things, they don’t involve a lot of spiritual nourishment.”

Differences: What does it mean to be good?

Other Jewish spiritual practices have seen popular revivals as well, of course. There is interest in Kaballah, particularly among non-Jews; the Jewish Renewal movement has championed many neo-Hasidic practices. And liberal Jews and social activists often evoke the concept of “tikkun olam,” the repair of the world, as a popular reclamation of an otherwise esoteric concept.

To be sure, today’s Mussar revival is much more theologically liberal than the Mussar of Salanter.

“In the 19th century yeshiva setting, the goal was to get everyone confident that God was controlling everything that would happen in the world — and to trust that God’s Torah was revealed perfectly,” Elon University professor Geoffery Claussen said in an interview with the Forward.

In other words, if one had absolute faith in God — this would be an ideal trait.

“The value of self-esteem matters now to American Jews,” said Claussen, “in ways that it didn’t matter as much in the 19th century Mussar world.”

Some may think that “in order to be a good person they need to be better at their job, to be a better husband, wife, son, daughter,” said Claussen.

“Today there are more variations on beliefs about what it means to be good.”