While only Americans can vote tomorrow, there is a lot of stake for the rest of the world as well.

So a German man living in the U.S. created a meme to warn Americans of the dangers of electing a demagogue. The letter went viral over the weekend and was shared widely using the hashtag #BeenThereDoneThat. 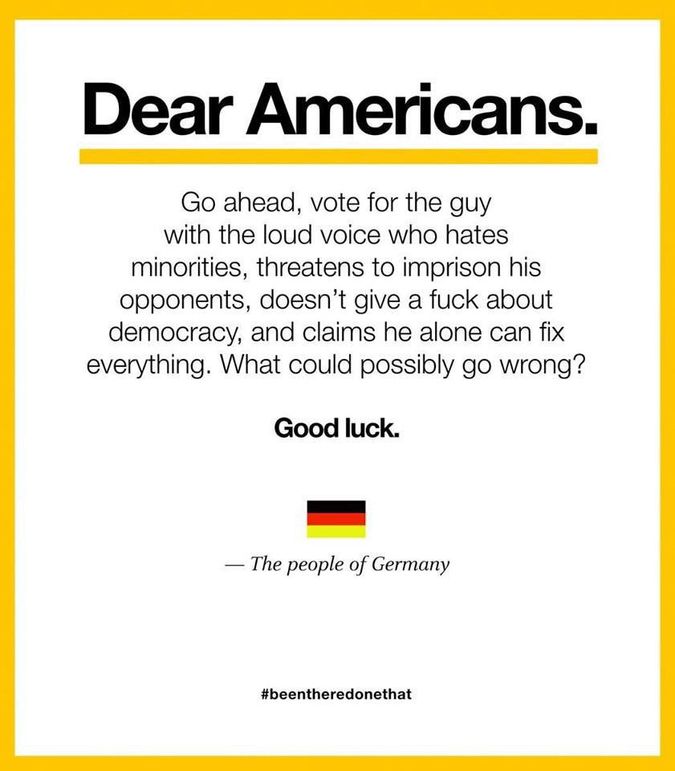 After initial speculation that the meme was a PR stunt from the Clinton campaign, it was confirmed that the man behind it is indeed German.

‘Johan Franklin’ (who uses a Twitter pseudonym for business reasons), is a 44-year-old IT consultant. He hails from Hamburg, a seaport in the north of Germany, and currently works in San Diego.

“I’ve been following the run-up to the election on Twitter for a while, and it sometimes made me physically sick,” Franklin told the Huffington Post.

“It started to remind me of all the times I had to defend my country’s reaction to what happened from 1933 to 1945,” he added.

In a follow-up letter that Franklin shared using the hashtag #OrangeIsTheNewBrown, he explained why he chose to compare Trump to Twitter. 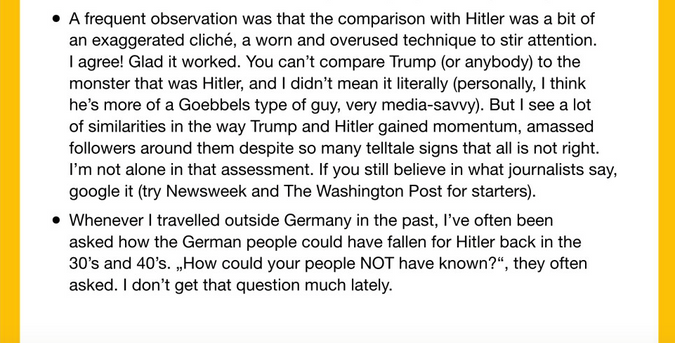 The response to the tweeted meme was mostly positive – including a retweet from J.K. Rowling – but sadly not surprising, Franklin also received a lot of backlash from Trump supporters.

They even found out his email address and started sending death threats.

But Franklin seems mostly unabashed by this side effect of his 15 minutes of fame.

“In fact, I am pleasantly surprised about the amount of positive feedback,” he told the Huffington Post. “I was expecting a lot more hate mail when my text when viral. Happy to say, apart from the odd death threat, it’s been mostly good.” 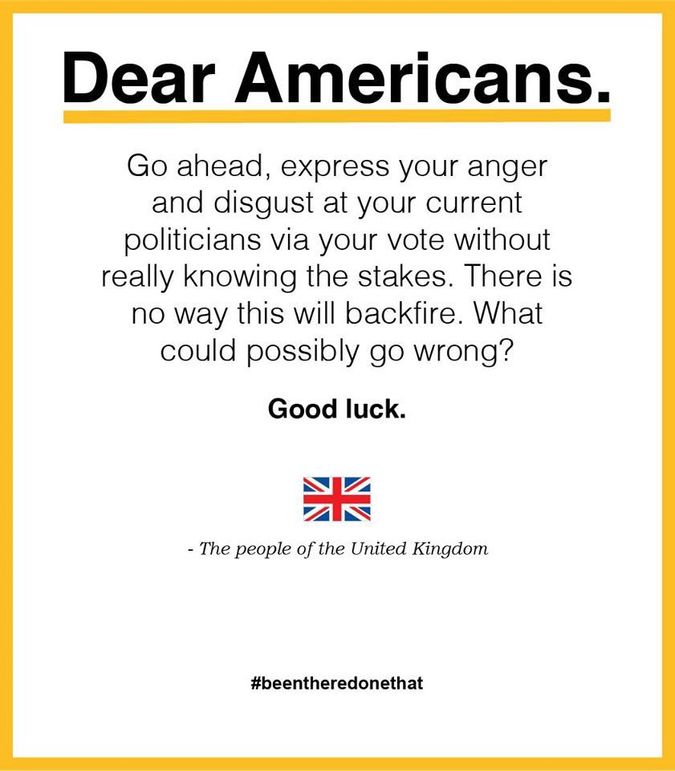