WATCH: What If Donald Trump Had Called for Ban on Jews — Not Muslims? 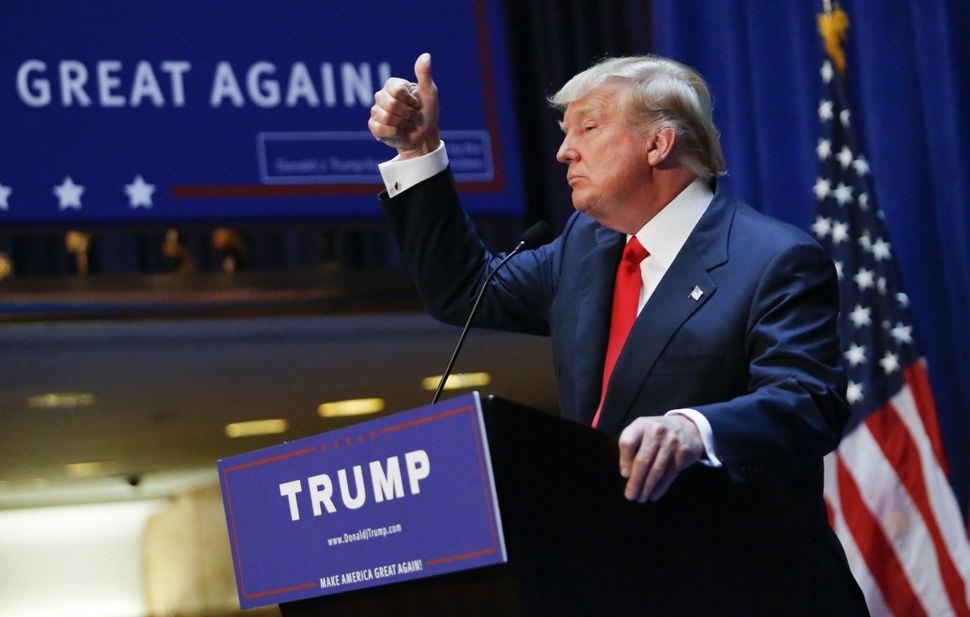 An election ad on rotation in the swing state of Florida, which boasts a sizable Jewish population, imagines presidential candidate Donald Trump calling for a ban on Jews coming to the United States.

The advertisement, paid for by the anti-Trump group Truth PAC, includes an excerpt of an earlier speech by Trump in which he calls for the ban of Muslims to the United States — but the word “Muslim” has been edited out and replaced with “Jew.”

The ad is titled “One Word — Jewish.”

“We changed one word,” the text of the ad reads. “Don’t let Donald Trump win. No one is safe unless everyone is safe.”

According to the organization’s website, Truth PAC was founded to “bring the truth about Donald Trump to the American people.” Previous ads that the PAC has run against Trump have focused on his “shady business background,” his “hateful bigotry,” and “his connections to Russia,” according to the group’s website.

The PAC also released an advertisement which imagines Trump calling for a ban on Mormons, not Muslims. In this ad, the same Trump speech is replayed — but the word “Muslim” has been replaced with “Mormon,” seemingly targeting Mormons in Utah, another battleground state.

WATCH: What If Donald Trump Had Called for Ban on Jews — Not Muslims?