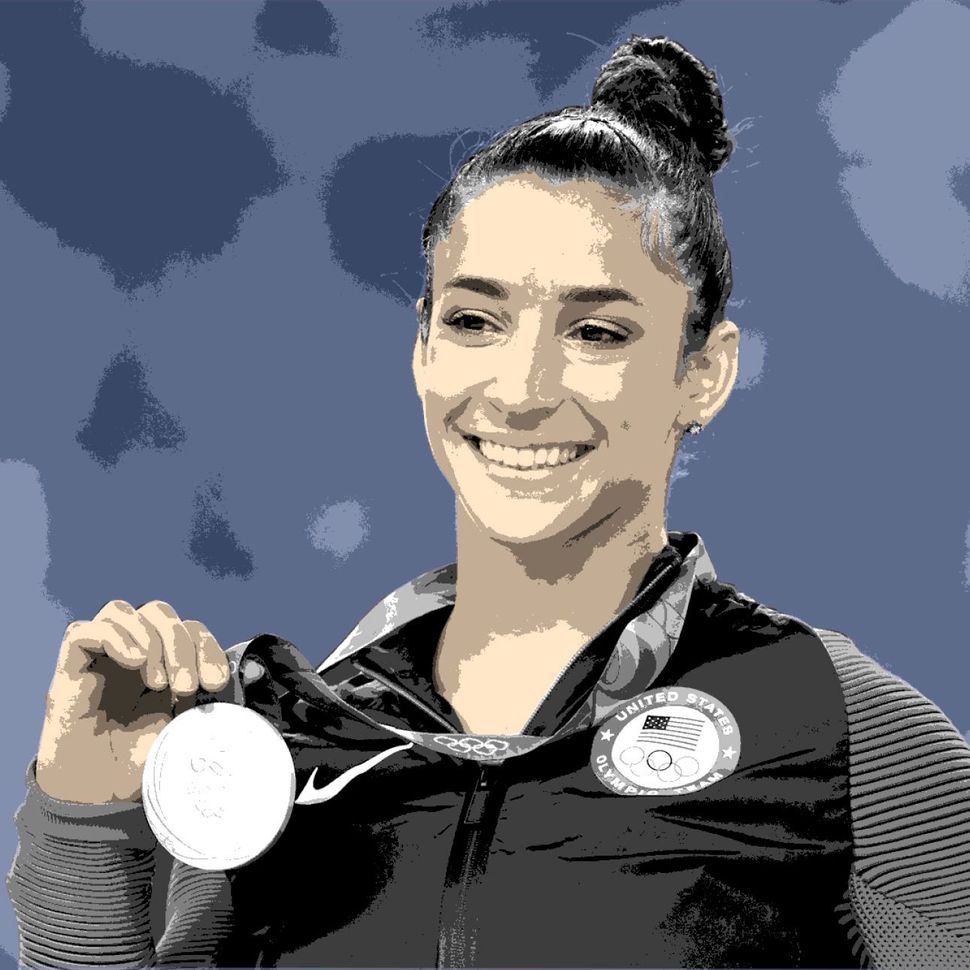 The 22-year-old Massachusetts native also took home two silver medals of her own, pulling in second for her floor routine and all-around floor competition. With six medals to her name, Raisman is now the second most decorated Olympic gymnast in America.

Shiny accolades aside, Raisman provided a very gleeful Twittersphere with endless hilarious gifs of her anxious parents sitting by the sidelines, swerving, bobbing and muttering to themselves while they watched her routines. No, really, it’s worth a watch.

In the months that followed Raisman’s sweeping wins, she threw out the first pitch at a Red Sox game, arranged a date with a hunky football player and competed in an epic lip sync battle.

She also remains cemented as a darling within the Jewish community, all thanks to a 2012 floor routine she performed to a very traditional song.

“When I chose the music when I was 16, turning 17, I didn’t really realize the impact choosing ‘Hava Nagila’ for my floor music would have on my life after the Olympics,” she said. “I’ve been able to connect with the Jewish community all over the world.”

What’s up next for Raisman? After her whirlwind series of successes, this gymnast is getting some much deserved R&R.

“While it’s really cool, I definitely need to catch up on my sleep,” she said.