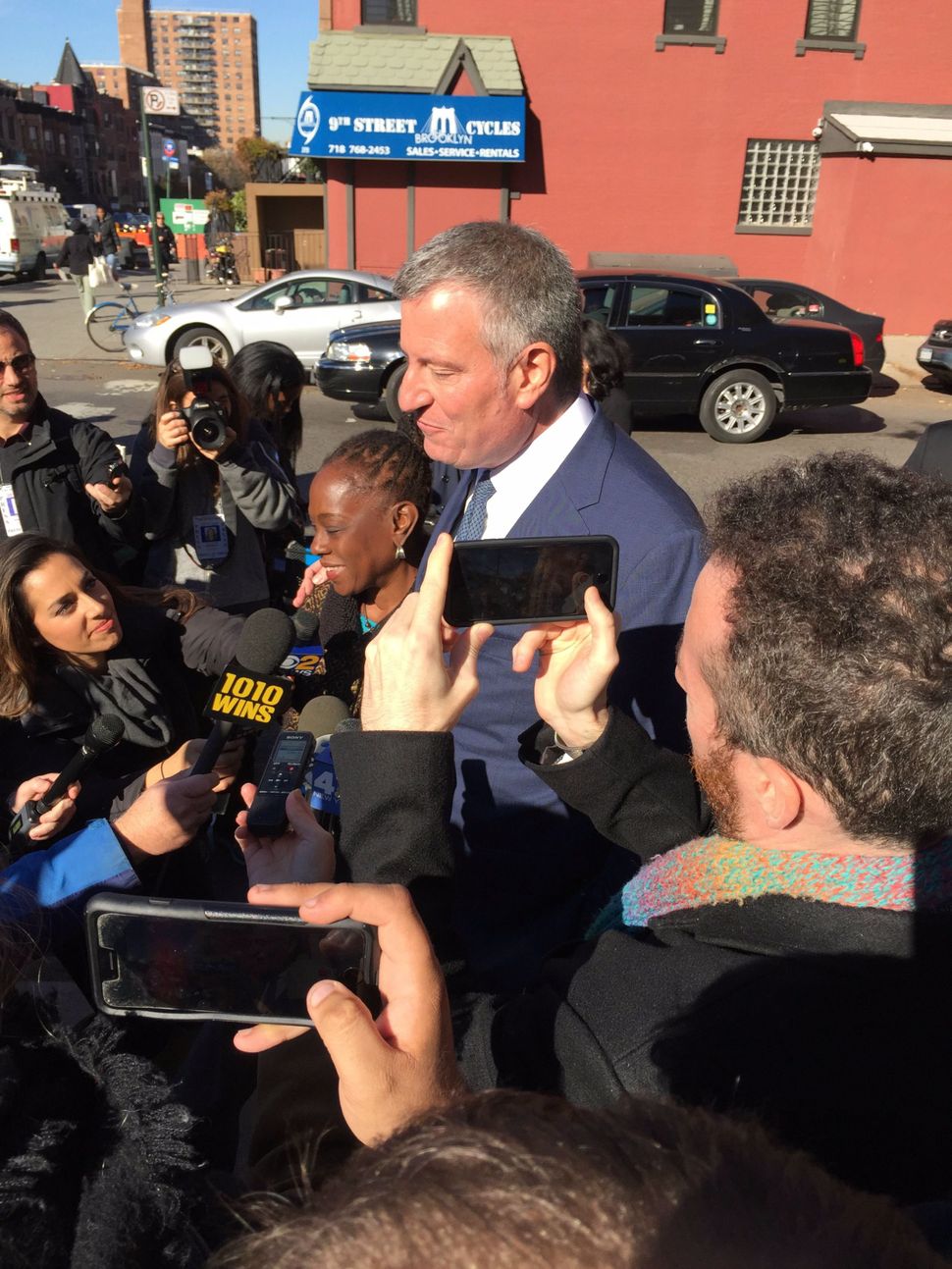 Voter turnout is high across New York City this morning, Mayor Bill de Blasio told reporters, speaking on a street corner outside of his Brooklyn polling site just after 10 a.m.

“I really like what I’m seeing,” de Blasio said . “It certainly augurs well for Hillary Clinton that her home state is turning out for her.”

The mayor, who managed Clinton’s first campaign for U.S. Senate in 2000, said that he was aware of only one significant problem at a city poll site so far; a Brooklyn polling location that opened late.

De Blasio arrived with his wife Charlaine McCray at the Brooklyn Public Library branch on 6th Avenue in Park Slope just after 9:30 AM. The mayor greeted police officers guarding the poll site, then disappeared inside the library to wait on line. After casting his ballot, he went to pick up a coffee at Colson Patisserie, the local bakery where he remains a regular, before returning to address the press.

McCray, who beamed as she walked down the library steps, said she was excited to be voting for Clinton. “This is a historic moment,” McCray said. “I signed my bubble slowly to savor the moment.”

In response to reporters’ questions, the mayor said that long lines at polls make the case for early voting New York. “This state is backwards at this point,” he said. “We have some of the worst voting laws in the entire country.”