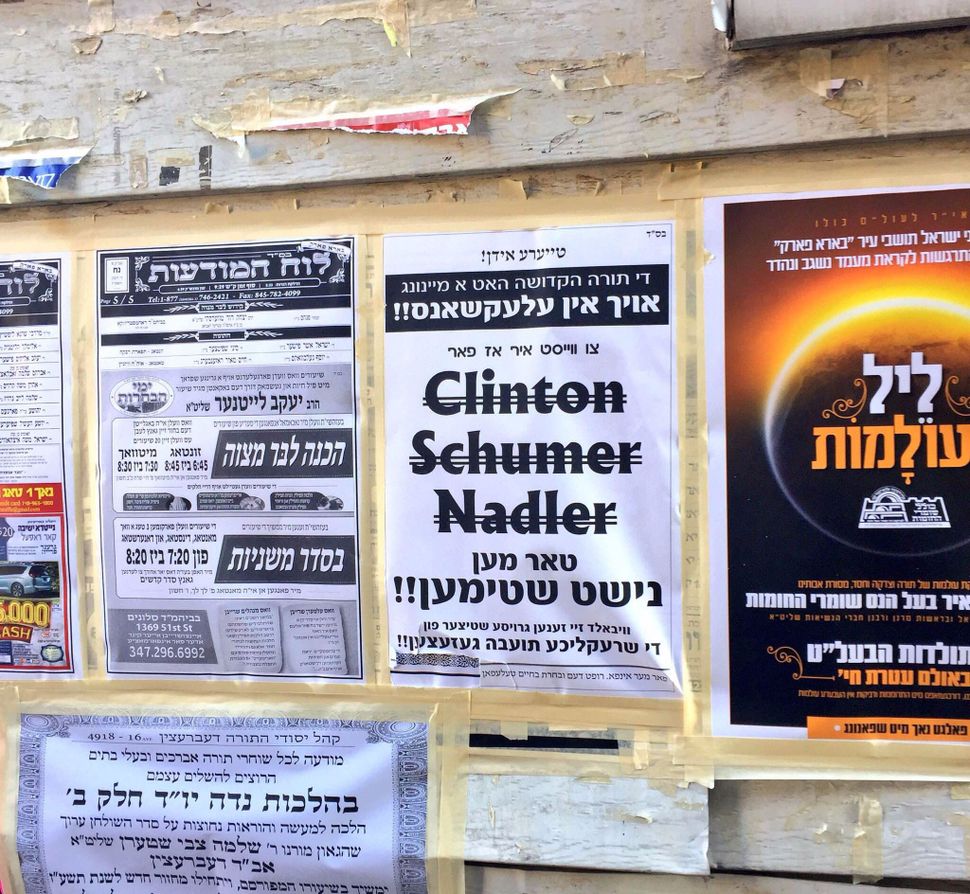 At polling sites in the Orthodox enclave of Borough Park in Brooklyn, many Hasidic Jews expressed support for Donald Trump. On the way to vote after praying at synagouge, they paused to praise the Republican candidate for his controversial immigration plans and enthusiastic support of Israel. Others railed against his opponent Hillary Clinton.

“I like Trump, I like what he says, I like his positions on Israel,” said Sam Schwartz, standing outside Mendel’s Pizza, a popular luncheonette near a polling station on 18th Avenue, “He speaks his mind.”

Clinton had supported last year’s Iran nuclear deal, he said, a move he and other Orthodox Jews opposed. Schwartz said: “It’s about the Iran deal and gay marriage.”

E. Fisher, prayer shawl tucked under his arm, also said he cast his vote for Trump. “He became popular all over the world, not just Borough Park,” Fisher said. 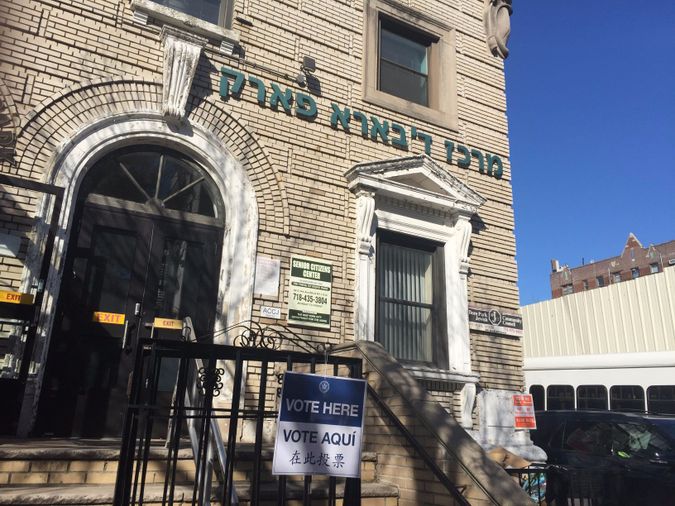 At a polling station in Borough Park, Jews explained why they supported Trump. Image by Sam Kestenbaum

On the major Borough Park thoroughfare of 16th Avenue, pro-Trump signs, written in Yiddish, littered the sidewalk. One man stooped to pick one up.

Another man who gave his name as Rafael said voted Trump. A newly observant Jew, or ba’al teshuvah, living in the neighborhood, Rafeal allowed that Trump was “no angel,” but he preferred the Republican candidate over Clinton.

“Trump is owned by no one,” he said. “She is part of the system. The system is out of control and she is part of it.”

Others grappled with the vote.

“‘How could you vote for Trump when he is so anti-immigrant?’ I was thinking,” Matyas said. “Most of this neighborhood are immigrants or children of Holocaust survivors… We are all immigrants.”

But for Matyas, there was a significant difference between his family’s immigration and the curbing of immigration that Trump frequently speaks about. “My father is an immigrant but he did it in a lawful way,” Matyas said. “Illegal immigrants are different than immigrants.”

Clinton supporters were harder to come by on voting day in Borough Park.

Ari Schwartz, manager at Shem Tov Restaurant, said he finds himself at odds with his customers, who come to the popular eatery for kugel, matzah ball soup or knishes. That’s because Schwartz, unlike his neighbors, is voting for Clinton. “We should support the Democratic ticket,” he said. 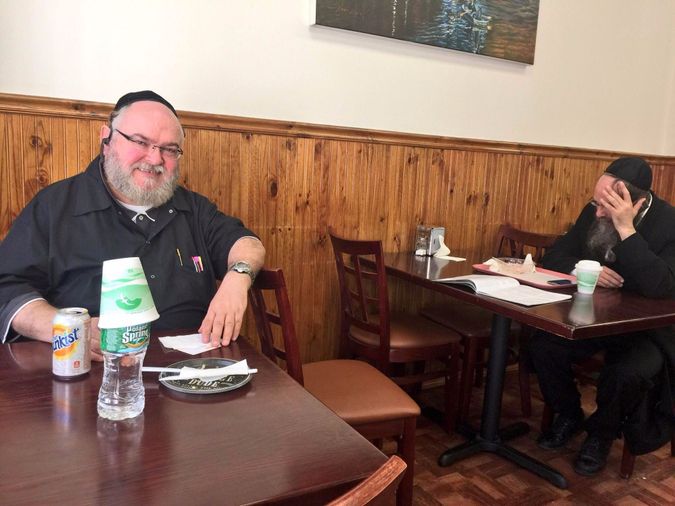 Ari Schwartz, a restaurant manager in Borough Park, said he was often at odds with his neighbors because he supports Clinton. Image by Sam Kestenbaum

A customer interjected: Trump would make a good president because he would appoint a conservative Supreme Court judge who would in turn oppose gay marriage.

“The liberals who support gay marriage like Jews,” Schwartz countered. “The conservatives who oppose gay marriage dislike Jews. We have to remember that,” Schwartz said.

“Many in the neighborhood forget that Jews are in exile. We should keep in mind who has an open heart to the minorities.”