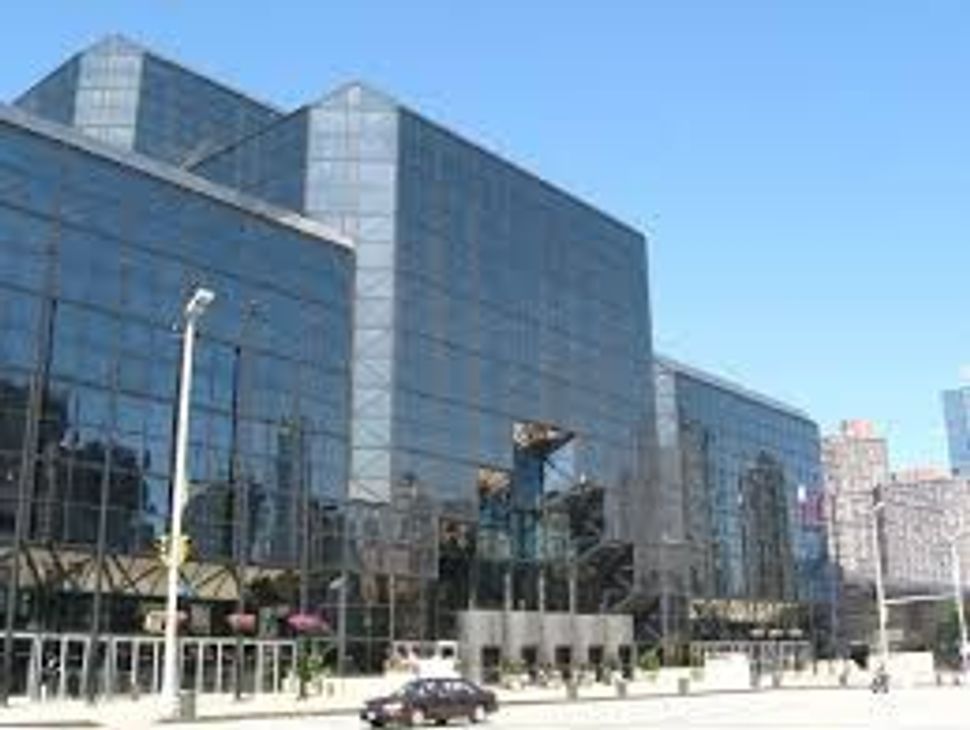 Clinton supporters were less than pleased with their block party outside the Javits Center. Image by Wikimedia Commons

How does a Forward reporter get a second with the chairman of the Clinton campaign on election night? By getting stuck in a crazy crush of people at Hillary Clinton’s block party, locked out of the Javits Center, running wildly up 10th Avenue, and waiting his turn.

The warning signs that the block party outside the Clinton election night event at the Javits Center event might get a little messy were clear as soon soon as the first revelers flowed into the pen.

The Clinton supporters were peeved. Annoyed, even. It was 5:30 p.m., they had been waiting for two hours, and they weren’t happy with what they were seeing. As they walked down the stretch of 11th Avenue blocked off by police cordons, there was a hum of disappointment: Only two screens? Such a small stage?

There were food trucks. And bathrooms. And a lovely view of the Javits Center, lit up in blue for the occasion. But the effect was a bit underwhelming. The stage, for one, was aimed in a funny direction. It didn’t feel like the setting for a historic celebration. It felt more like an overflow pen.

This reporter, who wore a press tag that looked vaguely like a staff badge, was approached dozens of times by upset attendees looking for answers. Tim Hunt, who was dressed as George Washington for the evening, had questions. “It’s a momentous occasion,” he said.

Things got worse as the crowd grew. There was a disorganized crush under the screens, which played CNN. The crowd booed and cheered as early states were called. The rest of the time, they pushed each other.

Jogging up 10th Avenue at 7:30, trying to get back to his laptop deep in the basement filing center at the Javits Center, this reporter saw a crowd outside a blue-lit party. Leaving the party was the man with the most famous, well-read email account in the country: Clinton campaign chairman John Podesta.

This reporter lobbed an election-night classic: How’s it going? Podesta swung for the fences. “There’s still work to do, but we’re feeling good,” he said. “She closed strong… So we’re feeling like we’re going to win this thing.”