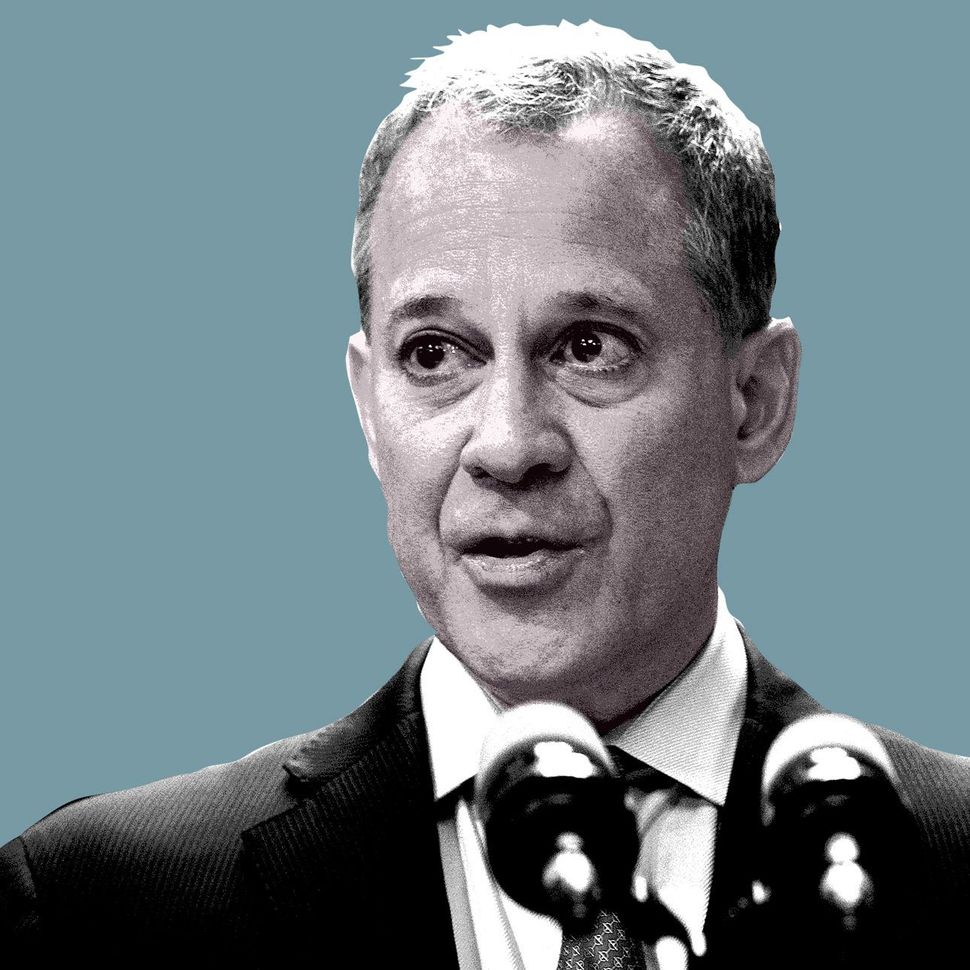 The New York AG Was a Vocal Trump Attacker

New York State Attorney General Eric Schneiderman, 61, learned earlier than most what Donald Trump and his allies were capable of.

The counterattack started soon after. In December of that year, Trump tweeted that an unnamed outlet was “currently doing a story on me to get even, that I’ll soon discuss!” Months later, the New York Observer, owned by Trump’s son-in-law, Jared Kushner, ran a 7,000-word article savaging Schneiderman.

“It’s a shame that a once-great newspaper chose to use its front page to regurgitate a discredited complaint filed by the father-in-law of the paper’s publisher,” Schneiderman’s office told the New York Times at the time.

As Trump’s presidential campaign became a reality, Schneiderman, stood out as perhaps Trump’s most prominent Jewish critic. Despite being trolled by anti-Semitic Trump supporters, he helped draw attention to the still-active case against Trump University, calling the operation a “straight-up fraud” in comments on MSNBC.

In a statement to the Forward in July, Schneiderman said he felt he had a duty to help prevent Trump from becoming president. “Donald Trump has made appalling overtures to the most bigoted, ignorant segments of our society: giving explicit endorsement to anti-Semitic imagery, displaying a lack of respect for women over the course of decades, and espousing anti-immigrant policies.”

In October, his office again took action. After the candidate’s charitable giving became a campaign issue, thanks to the aggressive reporting of the Washington Post’s David Fahrenthold, Schneiderman investigated the foundation. Upon discovering that it wasn’t properly registered in New York, he ordered it to stop raising money